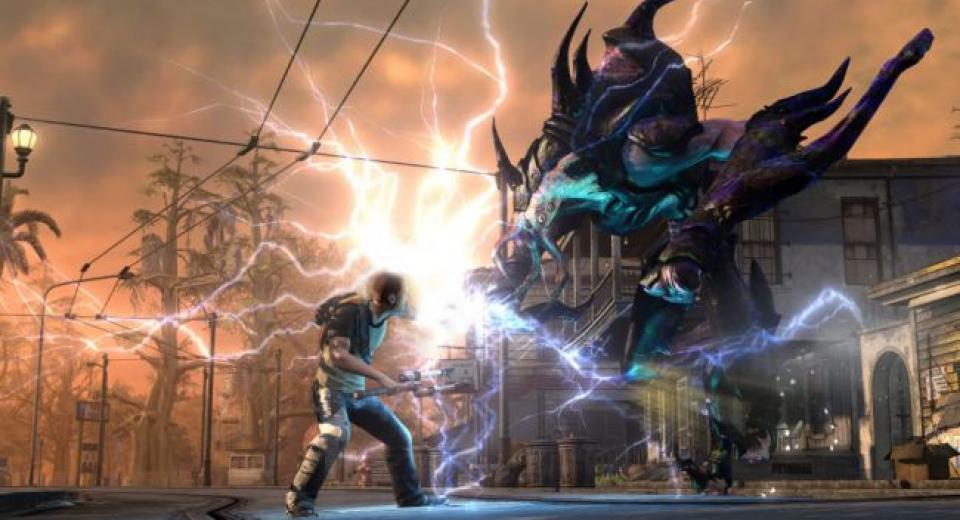 When it comes to console wars and emerging triumphant from them, a platform must have a solid base of exclusive titles to win people over. The strength of exclusive titles can ultimately decide which console a consumer buys, therefore it’s in a developer’s best interests to make sure these titles are as polished and unique as possible.

One such title for Sony is the under-appreciated inFamous brand, created and developed by the Sucker Punch team who also released the popular Sly Racoon series. There’s plenty of evidence to suggest that Sucker Punch are more than capable of delivering top quality games, no more so with Game Of the Year (GOTY) contender; the original inFamous. There’s no pressure then, considering that inFamous 2 is one of this year’s most anticipated sequels and possibly, again, fighting for GOTY award.

To say that inFamous 2 had its fair share of attention and controversy before release is an understatement. The most likely incident that will stick in people’s minds is the dramatic change in appearance of titular character; Cole McGrath whom, to say the least, received a complete overall (details in the presentation section). After a media backlash though, the change was less severe and attention soon switched back to the gameplay and story aspect of the promotional material that was released. With Sony’s recent cock-up with the PlayStation Network collapse, they could do with some positive coverage and praise for securing exclusives that will inevitably boost the Sony brand. So will inFamous 2 be a karmic shift for the better, or will it bring more negativity along with it?

The first iteration of inFamous was criticised for its lack of variety when it came to locale details and scenery, which in some respects was understandable. Empire City (Sucker Punch’s take on New York) did become somewhat repetitive when played through extensively. Fortunately, there’s no such problems with your new playground; New Marais,as a lot of thought has clearly been put into its design and structure. To begin with, you battle through the intact part of the city whilst later missions see you fighting through swamps, flooded towns and oil refineries.

The city is not the only thing that has been given an update either, as most people who share an interest with the inFamous brand will come to notice that Cole has had somewhat of an update himself too. As mentioned before, Sucker Punch weren’t flavour of the month when it was announced that he received a complete over-haul which saw him go from being mean and moody, to a smiley playboy covered in fashionable tattoos. Although he was borderline un-relatable in the first outing, he suited the story well and kept people interested enough to see how his story ended. Now though, he has more personality and character as he bounces off others’ dialogue with witty banter that will have you chuckling and literally laughing out loud.

Sharing the adventure with Cole again is his best friend Zeke, along with a selection of other story characters such as fellow power-wielding Nix (a tainted voodoo swamp dweller) and Kuo (a friendly on the wrong end of a militia experiment). You’ll encounter other NPCs on your travels too whom all contribute to bringing New Marais back to its former glory and ridding of the rogue gangs within.

The story telling within inFamous 2 is also presented very well, as per the first outing, cartoon inspired storyboards deal with parts of the story whereby past details are revealed which are a welcome return. Cut-scenes are also handled much better this time around, as they have been created through motion capturing the actors playing out the scenes beforehand. This, I believe, is something that current games must do in order to establish believable cinematics and portray better storylines which in this case, it does as all characters move with great likeness to real-life motion. The premise for inFamous 2 is much similar to the first game; a city has been ravaged by uncontrollable gangs, disease and natural disaster all of which Cole must resolve. This time however, an unholy beast has been unleashed from the aftermath of the Empire City incident and it is now travelling across America reaping destruction on all that crosses its path. Becoming stronger and acquiring new powers is something that Cole must do before the beast reaches New Marais, along with headhunting militia leader Bertrand.

Many of the principles in gameplay are also transferable from the previous game, including previous save data which alters your karma from the beginning depending on which ending you achieved last time. Most of your time will be spent clambering up and across buildings, which is still one of the best free-roam experiences around, rivalling the likes of Assassins Creed. There are the occasional problems when the camera is reluctant to move, but nothing enough to detract from the fun.

The physical combat of inFamous was something that received much criticism, and you’ll be thankful to know that it has been dramatically improved second time around. Cole now has a fancy new tuning fork inspired melee weapon, the Amp, which channels electricity into his enemies through physical combat. As you progress through the game, these attacks become more powerful and finishing moves are unlocked which sees brutal strikes being unleashed. Although it is satisfying to take down enemies, sometimes victory can feel cheap as they often follow rigid patterns of activity and you begin to predict where they will be next.

Something that fans of the series will be keen to learn of is whether the powers have been scaled up from the previous outing, and the short answer is yes. Not only do you now have bigger and better elemental skills (the ability to summon thunder and vortexes) but depending on your karmic choices, you can now control ice and fire. Whilst tearing round the city this all makes sense and you feel more omnipotent than ever, but when it comes to flicking through and selecting them you can’t help but wonder if Sucker Punch have given you too many powers.

There’s one thing that inFamous 2 isn’t and that is short, there can be no question into its replay value and longevity whatsoever. The single player can last as long as you make it, not only with main and side missions to complete; there is now User Generated Content (UGC) which, assuming you’re connected to PSN, appear on your map randomly. These missions can be created by any player of inFamous, regardless of ability, and be shared with the online community across the world. Taking into account that the main story can play out completely differently depending on your good or evil choices, then this alone would boost play time as you can see two separate endings. For all those trophy hunters out there too, yes you guessed it, those blast shards are back with a vengeance scattered around New Marais, along with dead drops and hidden packages.

Games of this quality should come with a guarantee of enjoyment, newcomers and returnees will all find a home in inFamous 2, be it through the insane powers or the freedom it offers. There’s still more to come too, as the summer will bring with it certain Move functionalities, so patience will be rewarded for those who hold onto their copy. Undoubtedly some will criticise its familiarity and possibly how the developer fiddled with Cole’s appearance but ignore the critics, they fail to see what lies beneath and that is, simply put, what could be 2011’s GOTY.

When consoles brag about their exclusive titles they really do need something to shout home about and inFamous 2 definitely provides Sony with the necessary ammunition. Providing gamers with more or less two games for the price of one and one massive playground for them to mess around in; you could spend a lifetime playing through inFamous 2. Even with a couple of flaws which are noticeable at times, you cant help but recognise what has been achieved here and it deserves to be in anybody's collection.