"Dr. Jones, we've heard a great deal about you." 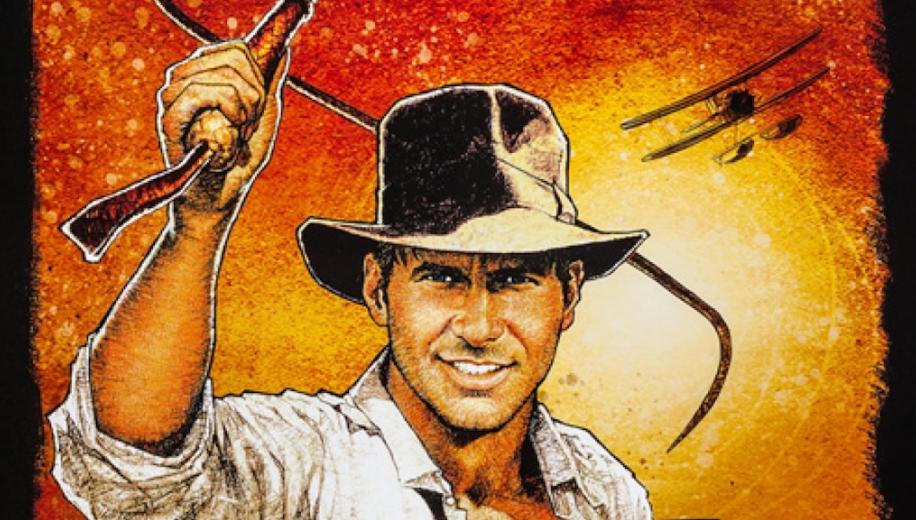 Raiders of the Lost Ark Review

Arguably the greatest blockbuster adventure film of all time, the ageless classic that is Raiders has been wowing audiences for over 40 years, and looks and sounds better than ever.

Raiders of the Lost Ark was a staggeringly unexpected Box Office success, blowing away all the competition in the summer of 1981 and dominating cinemas for over a year. It redefined the landscape, with the George Lucas / Steven Spielberg collaboration working as a perfect update to the classic serial movies of the 30s and 40s, bringing them to life as an epic, globe-trotting, rip-roaring adventure brimming with superb stunts and thrilling set pieces, and enjoying a fabulously witty script and iconic performances. It was pretty much perfect, unsurprisingly inspiring a long-running franchise, with the latest - perhaps somewhat questionable after the last one - entry shooting now for a release potentially as soon as next summer.

The story introduced the world to Harrison Ford's inimitable Indiana Jones, a college professor who moonlights as a tomb-raiding archaeologist, and who crosses paths with some Nazis in a race to find the potentially all-powerful Ark of the Covenant. Initially coming from just a sketch of scenes by Lucas and Spielberg, who had no script to tie them together, the end result is indeed a succession of memorable set pieces - not least the fabulous opening sequence, which has to be one of the greatest scenes of all time. But it's also a whole lot more.

Phillip Kaufman's story ideas and Lawrence Kasden's screenplay are genius, tying it all together for a flawless adventure which enjoys a slew of fabulously engaging characters - not just Ford's perfectly played Indy, easily his most iconic role, but also Karen Allen's bolshy Marion, John Rhys-Davis' bellowy Sallah and Denholm Elliott's suitably scatty Marcus, all facing off against a wonderfully enigmatic Paul Freeman as rival archaeologist Belloq. The dialogue is endlessly quotable, the performances inspired and enthusiastic, the set pieces wild and ambitious, and John Williams' score was utterly defining, with Spielberg still fresh enough to pull out the tricks in his magic box to make it all come to life with wow and wonder. An absolute all-time classic, and one of the greatest films of all time.

... an absolutely gorgeous native 4K image with Dolby Vision too

Detail is stunning on this first entry, from the gritty, grimy tombs to the jungle foliage, the busy marketplaces and desert landscapes. Ford's unshaven often pretty damn sweaty look, perfectly shaped hat and weathered clothing are all wondrously observed, along with the richly textured sets and locations, Tunisia standing out. The intricacy and design of some of them is exceptionally well realised here, as veritable grains of sand come to the fore.

There's grain, sure, but it's so fine a veneer that you barely notice, leaving a wonderfully organic image that is still clearly from a near-40 year old flick - there are still hints of softness here and there, and it's not perfect - but absolutely defies time to leave it almost impossible to truly fault. Just watch as Indy descends into the tomb of snakes, the perfect balance of black levels and shades, rippling shuffling coils of slick serpent forms glimmering and reflecting the gorgeous glowing fires from the burning logs thrown in to gift a meagre safe landing zone. The texture of the sand. The markings on the log, the patterns on the snakes. This is a gorgeously remastered image, majestic and frequently freeze-frame worthy, and easily forgiven its fleeting faults.

WCG and HDR - along with Dolby Vision - also work wonders, gifting the film the best colour scheme and tone that it has ever known, taking some of the cooler blues and excessive highlights present on prior SDR releases and balancing them with a much more authentic palette. Jungle greens are deep and rich, the tombs no longer steeped in unreal blues, and instead pleasing earthy tones and natural light abound. The lightning storm where Indy finds the tomb (and the final shots) are some of the composite shots that were likely cleaned up, and whilst they still stand out as 'effects', they certainly look better than ever. Contrast is very good indeed, with Dolby Vision in particular helping bring shadow detail to the fore and rendering deep and inky blacks to offer a perfect backdrop to several of the darker sequences. The work that has been done to clean up and deliver this film - and indeed this set - in quite such impressive shape, does not go unnoticed. This is tremendous.

Indiana Jones and the Raiders of the Lost Ark's 4K Blu-ray release enjoys a rather surprising upgrade in the form of a perfectly natural but also rather sweeping Dolby Atmos track, with the High Definition 3D Object-based immersive audio easily the best the film has ever known, painstakingly restored - much like the video - from the original audio elements.

... a sweeping Atmos track ... easily the best the film has ever known

Dialogue remains firmly prioritised across the frontal array, taking precedence over the proceedings wherever required. Some of the on-location work still has plenty of background noise, but that only adds to the atmosphere, and effects work is great, some fabulous thunder, booming gunshots, thudding punches, a frequent slither and hiss of snakes, and all those great earthy Egyptian-pillar-moving sounds used to make you believe they're really dealing with huge lumps of heavy rock. Of course it's not pervasive by any modern standards, but it's a healthy, expansive track nonetheless with some tangible LFE input. Flames bellow and howl, vehicles growl, and the surrounds get a great workout, crafting a veritable atmosphere.

Overheads may not be working overtime, but a few planes pass over, some of the more ethereal noises (and that aforementioned thunder) get in on the aerial action, and boy is that boulder intent on rolling right through your living room. Williams' seminal score is obviously the absolute high point of the track; rousing, thrilling, emotive and engaging throughout, gifting it that added level of epic adventure with of course that iconic signature theme; and driving the track at almost all times. It's fabulous.

Indiana Jones and the Raiders of the Lost Ark is easily one of the greatest films of all time, a marvellous, rip-roaring adventure packed with iconic characters, fabulous performances, superb dialogue, memorable setpieces and standout stunts. And if anything, its period setting will only help it remain timeless.

... easily one of the greatest films of all time

Indiana Jones and the Raiders of the Lost Ark is released by Paramount as part of The Indiana Jones 4-Movie Collection, available on 4K Ultra HD Blu-ray™ and on Digital to Download & Keep from the 7th June.