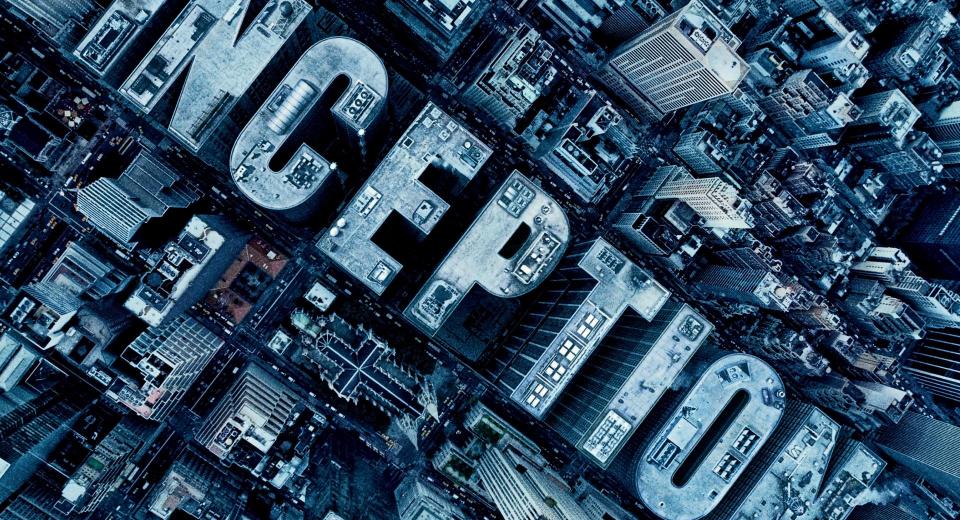 “What is the most resilient parasite? Bacteria? A Virus? An intestinal worm? An idea. Resilient, highly contagious...once an idea has taken hold of the brain it’s almost impossible to eradicate.”.

Imagine if you could get inside somebody’s subconscious, rummage around in their thoughts, find out all of their secrets. What good could be done...what harm could be done? Imagine the potential – from finding out somebody’s secure passwords to discovering who the company boss is going to choose as his successor. Imagine a group of people who have the technology to construct near-replica dream worlds into which they can take their ‘target’ in order to find out all of their hidden secrets.
But there is another level... not just passively retrieving vital information, but actually planting the seed of an idea within somebody’s mind. Now you can not only find out dark secrets, but you can manipulate people using their own thoughts – now you don’t just get to discover who the company boss will choose as his successor, you can plant an idea that will influence that very decision itself. Welcome to Inception. Dominic Cobb is a professional ‘extractor’, basically a dream thief who is highly skilled at infiltrating somebody’s mind in order to trick them into divulging their biggest secrets. He’s the best at what he does, but he also happens to be a wanted man, on the run from murder charges in the US, and thus unable to return there to see his children. And he’s haunted by the memory of his dead wife – not just in the conventional sense, but literally in his dream missions, often encountering his dangerous subconscious construction of her, who is always ready to do untold damage to his work.

His latest project is more complicated than usual, and requires him to not only infiltrate someone’s dreams, but also perform an inception: i.e. use the dream to implant an idea. In order to do this, he decides to go deeper into his target’s mind than ever before, putting together a skilled team to provide all of the key components to complete the mission (a sedative chemist, a dream construction architect, and a disguise expert who can change his appearance within dreams) and then weaving a web of dream within dream within dream, so that the idea that he plants will never be doubted. But with his own nightmares playing against him, as well as his target’s anti-dream-thief security, will Cobb and his team make it out of the labyrinthine construct alive? Or will they be trapped in their own subconscious dreamscape forever?


“If you can steal an idea, why can't you plant one instead?”

Gestating within the mind of modern master filmmaker Christopher “The Dark Knight” Nolan for the best part of a decade, Inception proved to be worth the wait. Effortlessly combining the kind of visual opulence that is reminiscent of the dream worlds created in such recent masterpieces as The Matrix – here taken to the next level, with a story structure that sacrifices neither satisfyingly rich plotting nor emotionally deep character development, Nolan shows us once again that it is clearly possible to have a Summer Blockbuster action-thriller that boasts both style and substance.

The plot is brimming with cryptic puzzles and high concept ideas, conspiracies and levels within levels of mystery. The dream sequences allow for infinite possibilities, but what Nolan attempts to do is provide visions which the viewer can relate to – rather than pure outlandish fantasy. His dream cityscapes look ostensibly normal, if a little off, even though much of what happens within them defies physics. The ideas put forward – like the fact that the dream architect should construct the dream with an Escher-esque impossible staircase-like set-piece; or the notion that real-life drowning can evoke a massive torrent of water to splash down within a dream; that a full bladder can lead the dreamer to be caught in a random downpour; or even the concept of dream incubation/dream problem-solving, and planting an idea in somebody’s mind – all ring true with things that we already know about dreams. When was the last time you watched a movie about zombies, and then dreamt about killing zombies in a post-apocalyptic world? Sure, Inception never dips into the extremes of The Cell-like territory with its interpretation of dreams and ideas within the sub-conscious, but I think it works all the better for it. And with a nightmarish personality trapped within the lead character’s mind, it’s not like the dreams are totally devoid of tense, shocking events – watch out for that freight train! At the core of the thriller we have a lead character who we actually get to know – and like – as well as a supporting group who all work well to enrich the mystery. And they are brought to life by an ensemble selection of top class actors – both reliable, stalwart genre (and Director) favourites, and also relatively fresh upcoming talent.

Leonardo DiCaprio headlines that cast, bringing us yet more evidence of why he isthebest actor of his generation, after tour de force performances in everything fromThe AviatortoShutter Island. His is perhaps the only (actor’s) name that will currentlyguaranteea trip to the cinema for me. Irrespective of the film, he always bringsheartto the characters he embodies, really making the roles his own. And Inception is no exception. Here he plays the troubled protagonist, Cobb, the skilled dream infiltrator who has his own demons that he carries everywhere with him. He plays the part just right, bringing enough action-orientated strength to the proceedings, whilst also shown to be struggling with the complexities of the dream-within-dream nature of the inception that is embarked upon. The task is mentally taxing, the consequences life-threatening, and DiCaprio grounds the whole thing with a convincing, human performance which is at the core of the entire narrative. Some might draw parallels with his haunted character inShutter Island, similarly dealing with issues of being trapped inside a dream-world, and also with the tragic loss of a wife – but I think he tweaks every single character he gets to embody and I just hope that this isn't the only collaboration he has with Nolan.


“Our dreams, they feel real while we're in them, right? Its only when we wake up then we realize that something was actually strange!”

Accompanying him we getJuno’sEllen Page as a budding young architect protégé for Cobb;La Vie en Rose’s Marion Cotillard as Cobb’s late wife; and Dileep Rao (Drag Me to Hell) as the chemist who puts them all in their lucid dream states; with Tom Berenger and Pete Postlethwaite offering up nice cameos. Nolan brings back several actors he’s worked with before, in roles of varying sizes – Ken Watanabe gets a bigger part to play here than he did inBatman Begins, Cillian Murphy (Nolan’s Scarecrow in theBatmanmovies) plays one of the targets, and Michael Caine, who is has proven that the twilight part of his acting career is indeed a Golden Era, pops up as Cobb’s mentor, and also father to his late wife.

Especially worth noting is the contribution from Joseph Gordon-Levitt (if you don’t rate him, go watchBrickright now!), who acquits himself well in a surprisingly action-orientated role as the team’s point-man – check out that amazing hotel corridor sequence played toMatrix-esque, gravity-defying rules. And then there’s Tom Hardy, who has only a small side role as the master of disguise, Eames, but still manages to show us yet another different side to his acting abilities, here charming and super-cool in equal measure, just dropping-into a dream construct and calming noting to a colleague under fire“You mustn't be afraid to dream a little bigger, darling!”before dreaming up a 40mm High Explosive Grenade Launcher. Superb! I can’t wait to see what he makes ofMad Max(even if we don’t really needanother80s reboot). The actors all bring this spectacular movie to like with well-developed characters that you actually care about. But beyond just the complex narrative, rich dialogue and superior performances, if you can get your head around the multiple dream-in-dream scenarios (it’s interesting the way in which time is portrayed in the film, as each successive dream layer has time moving exponentially slower, i.e. in reality if 5 minutes passes then you have 1 hour of dream-time on the first layer, then a matter of days on the second level, and potentially years on further levels) then you are in for one of the most visually and cerebrally mind-blowing experiences of the decade. Seriously, the elaborate nature of the ‘kicks’ required to pull you out of a constructed world, the consequences of your actions within each successive layer of the dream-maze and the very real threat of ending up stuck in ‘limbo’, your sub-conscious forever trapped in a dream state, all add to the rich and well thought-out high concept premise. It’s a whole other world out there, within somebody’s mind, and for those occasions where you can’t tell whether it’s a dream or a reality, trust in your handy personalised totem, a small self-made trinket which acts in a very specific way that is known only to the creator (and so thus won’t work right in somebody else’s dream – Cobb’s spinning top will always topple in reality, it’s only in the dream world where it just keeps spinning).


“Okay, this is me, planting an idea in your mind. I say: don't think about elephants. What are you thinking about?”

And Nolan may not lavish each successive dream-layer with anything more than a palpable taste of fantasy, but he still manages to evoke some pretty unusual and distinctive settings – from the gravity-defying hotel sequence to the snow-capped mountain-based fortress. They are visually striking, visionary concepts brought to life in a truly memorable fashion, Nolan often eschewing visual effects in favour of practical ones, like the massive fortress. Adding this to the characters, performances, script and plotting; and throwing in another solid, rousing score from frequent Nolan collaborator Hans Zimmer (using elements of Edith Piaf’s Je Ne Regrette Rien to create his haunting main theme, as well as imbuing the score with classic Bondian tones and even a hint of Heat), and what you basically have is the perfect blockbuster action-thriller.

Seriously, believe all of the hype, trust the rave reviews from critics and cinemagoers alike, Inception is a fantastic movie, and a testament to what we should expect from a big budget action thriller. Accept no substitutes, this movie offers viewers both visceral rewards in the form of amazing visuals and engaging setpieces, as well as an intricately-plotted narrative which will stimulate your little grey cells at the same time – providing us with one of the scant few examples of a thinking-man’s blockbuster action-thriller. A mind-blowing experience, from start to finish, whether you’re left reeling from the visually opulent ride or perplexing over the maze-like dream-within-dream plot, wondering whether it was all just an illusion, wondering what the spinning top means, Inception is an indisputable modern masterpiece, and my personal favourite film of 2010. It gets the highest recommendation from me, and is an absolute must-see movie.