Not exactly a 4K dream. 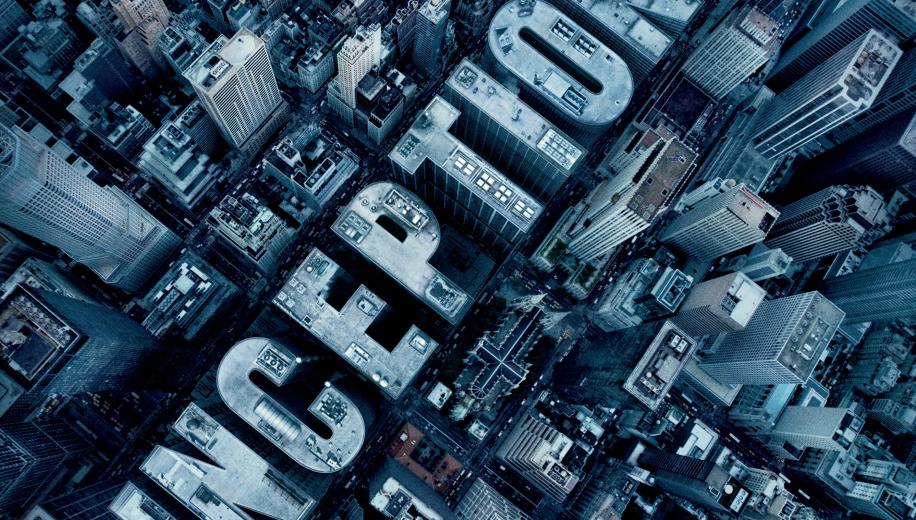 Nolan's best film and DiCaprio's best blockbuster, Inception remains one of the most immersive, involving and unique experiences in the history of cinema.

Gestating within the mind of modern master filmmaker Christopher Nolan for the best part of a decade, Inception proved worth the wait. Effortlessly combining the kind of visual wonder that is reminiscent of the imaginative dream worlds created in such modern masterpieces as The Matrix – here taken to the next level– with a story structure that sacrifices neither satisfyingly rich plotting nor emotionally deep character development, Nolan showed us once again that it is clearly possible to have a Summer Blockbuster action-thriller that boasts both style and substance.
The movie offers viewers both visceral rewards in the form of amazing visuals and engaging setpieces - once again playing to Nolan's favourite theme of time - as well as an intricately-plotted narrative, providing us with one of the scant few examples of a thinking-man’s blockbuster action-thriller. A mind-blowing experience, from start to finish, whether you’re left reeling from the visually opulent ride, perplexing over the maze-like dream-within-dream-within-a-dream plot, or just wondering whether the spinning top ever falls, Inception is an indisputable modern masterpiece.

Shot on film in 35mm, the film is presented in its original theatrical aspect ratio of 2.40:1 widescreen. As with the rest of the titles in the recently released Nolan Ultra HD Blu-ray selection, Inception has reportedly been released under the supervision of the director himself, approving the 4K scan and colour timing. Whilst the results are almost universally a step up across all seven films in comparison to their Blu-ray counterparts, Inception is one of more flawed entries, with a native 4K presentation that delivers it with a suitably filmic look but without all of the elements we've come to take for granted in modern top tier Ultra HD Blu-ray releases.

There's no doubt that Inception looks lavish in native 4K, but it also looks surprisingly soft, and remarkably hot. First: the good. Detail on some of the close ups is stunning, a real revelation bringing flashback/dream shots of Mal, for example, to life with a wonderful attention to almost every pore on her skin. This goes for almost all close-ups, like where Cobb recounts what happened with Mal, where focus appears to be at its best, and where lighting doesn't interfere with the clarity. There are several impressive mid-range shots too, affording the dream-building sections new life - whether it's the training session messing around in Paris or the actual dream-within-a-dream-within-a-dream-within-a-dream finale. There are some jaw-dropping moments here, not just in terms of Nolan's epic visuals, but in terms of the presentation, which doesn't hit these kind of heights when you plop the standard Blu-ray in for comparison.

But, when we turn to the bad, there's a little bit too much to call this anywhere near a definitive rendition, with some patent problems with either the source photography or the processing, and also with Nolan's own colour timing choices, to keep fans from scratching their heads. Some mid-range and longer shots are remarkably soft. There's a shot where Ariadne sees Cobb in the dream machine with the Chemist watching over him that looks very soft. And far too many other instances just like this, robbing Cobb of skin detail and making some of the key players a little too close to being rubbery. It's far from universal, but it's also far from the exception to the rule, and whilst Nolan clearly favours a certain style of lighting, and his films often go for a slightly out of focus look, the almost candlelit soft-focus feel to some sequences just doesn't lend itself towards stellar, reference Ultra HD Blu-ray presentation. Still, you can't bring into focus something that was never in full focus in the first place, so there's no point turning to the Blu-ray for better results as you won't find them - this is definitely the way the film is supposed to look, only better in 4K.

Unfortunately, whilst the focus can be forgiven and absolved under the guise of this being a very filmic presentation for arguably Nolan's masterpiece - hell it even gives the film an often suitably dreamlike quality, even if that was never the intention - what can't really be forgiven is the colour timing, with Nolan's implementation of WCG leaving the film's rich, mahogany-dominated palette looking more lavish than ever; the settings and setpieces looking glorious, but the skin tones looking bronzed to the point of being burnt. There's no doubt that the characters in Inception always looked quite tanned even on the Blu-ray, and a simple flip of the disc reassures us of this, but the added WCG only heightens this to the point where it borders on unnatural. HDR too doesn't always yield fantastic results in action, leaving the film with no signs of crush or banding, but unfortunately occasionally a hint on the dark side, with moments like Michael Caine's introduction looking that bit unnaturally dark - his eyes look black - however that's hardly as much of an issue as the colour, and it just helps Inception's often moody, oppressive visuals.

Inception is a stunning masterpiece, and it is epic and lavish, stylish and sumptuous film - a modern classic shot by a guy who wants his features to look like classic films. This likely means that this is close to as good as it's ever going to look on whatever format we come up with. Unfortunately that just won't be close enough for many, and, as with a couple of the other titles in the Nolan collection - which is also full of absolute demo gems - some problems with softness and colour timing prevent it from being anywhere close to the demo title we want from these masterpieces. Even for those disappointed, however, there's no denying that it is a step up over the Blu-ray and offers us all a wonderfully filmic - if flawed - 4K viewing of the classic.

Whilst many are saying that this would have been the perfect time for Nolan to have pushed for Dolby Atmos tracks for all of this films, it's also clearly a time for Nolan to remind us just how good his films sound in good old DTS-HD Master Audio 5.1.

Indeed it couldn’t get much better than Inception's DTS-HD Master Audio track. It’s simply astounding, making the movie experience so much more mesmerising, the guttural, infectious bass tones of the main theme hitting you low right from the start.

Dialogue, from whispers to shouts, comes across clearly and coherently, taking precedence over the frontal array wherever appropriate. Effects are myriad, the smaller atmospheric notes like the spinning top having their place in the track, even though the highlight is still the sheer bombast of the louder material within this offering. The thundering explosive sequences; the pummelling, unstoppable freight train; and the hammering gunshots, they give us LFE action, rear action, and directionality across the surrounds; and, coming together with that excellent, penetrating Hans Zimmer score, provide us with one of the most thoroughly immersive mixes available on the format. Inception still sounds stunning, even without Atmos.

The Ultra HD Blu-ray disc itself has no extras to call its own, with the Blu-ray's Featurette-packed "Extraction Mode" Picture-in-Picture Track relegated to the accompanying Blu-ray film disc, and a third disc - a second Blu-ray disc - sporting all of the remaining supplemental features.


A solid selection of extra features

Extraction Mode itself does much of the heavy lifting, affording some Behind the Scenes footage intermittently strewn across the runtime (actually totaling only about 45 minutes), whilst we get a nice Soundtrack sample which also has 45 minutes of the best of the film's amazing soundtrack available to play. There's a 45 minute Documentary on Dreams, hosted by Joseph Gordon-Levitt and there's also a Motion Comic Prequel = The Cobol Job - which is pretty damn good, playing as a nice set-up for the events of the film. It's a solid selection of extra features. Inception is a testament as to what we should expect from modern action-thriller blockbusters, delivering a mature and intelligent feature that remains a unique experience even seven years on from its perfect teaser trailer debut. Undoubtedly it will stand the test of time, and it's already a modern classic, a masterpiece even amongst the masterworks of one of the best directors working today.

It's Ultra HD Blu-ray bow is less auspicious, with a distinctly soft video presentation that has sparks of 4K glory, but also problems with its colour timing leaving the cast uniformly hot in terms of skin tone. It's still a stunning experience, and, in many respects, looks better than ever before - and the soundtrack still gets tremendous treatment - but it's not quite the demo release this film deserves, even if it may well be the best we ever get.