In Your Hands DVD Review 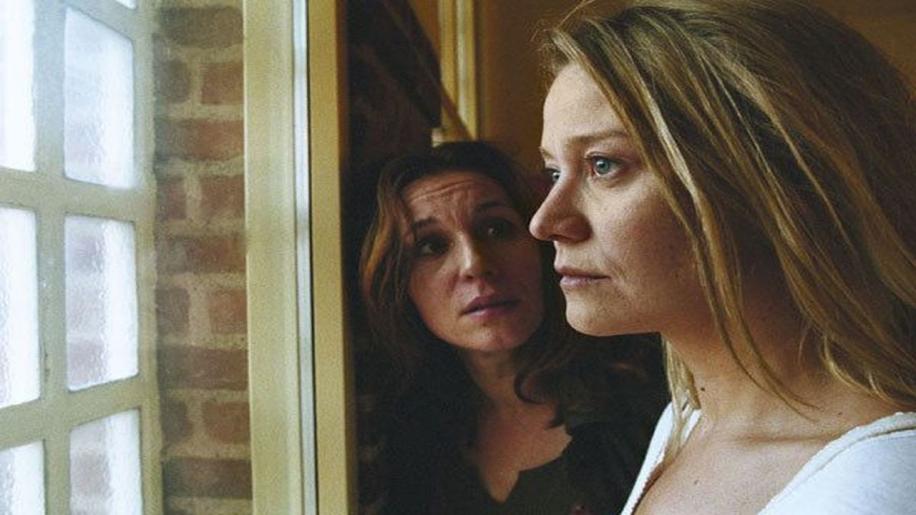 Metrodome has provided a 4.3 full screen picture with an average bitrate of 5.81 Mbps. Digitally there are no problems either with artefacts or edge enhancement; but due to the very nature of the film making this is not a good picture. First and foremost the colours are weak and strained, poor or 'natural' lighting during the making leads a print that fluctuates wildly in quality sometimes too light, other times too dark. Contrast levels are reasonable, darks are dark and well realised, but perhaps just too many of them. The print is also very grainy. Having said all that, it must be stated that this is exactly how the film should look so even though the picture is not good, it is an excellent transfer! There only one sound track to the film is Dutch 2.0 Dolby digital stereo. Once again keeping strictly within the confines of Dogma there are no flashy sound effects, in fact there are no effects of any kind, it is a purely function track. Occasionally the sound does become a little thick in places, an effect of recording live and no post production, but is always audible. So, along with the video, the score may not be high, but this is exactly how it is meant to sound, and thus an excellent transfer. The English subtitles are in a nice white font, easily readable and grammatically correct. The Q and A with director Annette K. Olesen is also filmed very much in the Dogma style, single video camera situated to the left of the interviewer and zooms in and out when appropriate. It runs for about half an hour and is actually quite informative, if a little stilted, but if you persevere its worth a listen.

The interviews with Annette K. Olesen, Ann Eleonora Jørgensen (Anna), Trine Dyrholm (Kate) and Sonja Richter (Marion) run a few minutes a piece but have the annoying tick of cutting out the interviewers questions, so there is a few seconds of black before the picture starts again. This cutting also affects the picture in places as the camera is moved between shots. They all run into each other, even if you select individually.

Finally there is a short behind the scenes featurette, and it really is behind the scenes; a video camera shoot various positions from the library scene, showing two cameras and booms and that's about it. It too continues direct from the interview section, but can be selected individually. The entire run of this section is about 20 minutes and contains burnt in English subtitles. In Your Hands is a powerful drama, perhaps a little too much attention is drawn toward incidental characters, pulling from the essential narrative. However the sum of its parts does make for an engaging watch, a heart felt story well delivered. As a DVD Metrodome have a reasonable product, the main feature is presented exactly as it is meant to be, but the extras seem a little forced, I particularly disliked the cutting of the interview section, but that's just me. Compared to the Nordisk Film release of a last year it would have been nice to have access to all those extras as well, to make a fully comprehensive disc.