In the Valley of Elah Movie Review 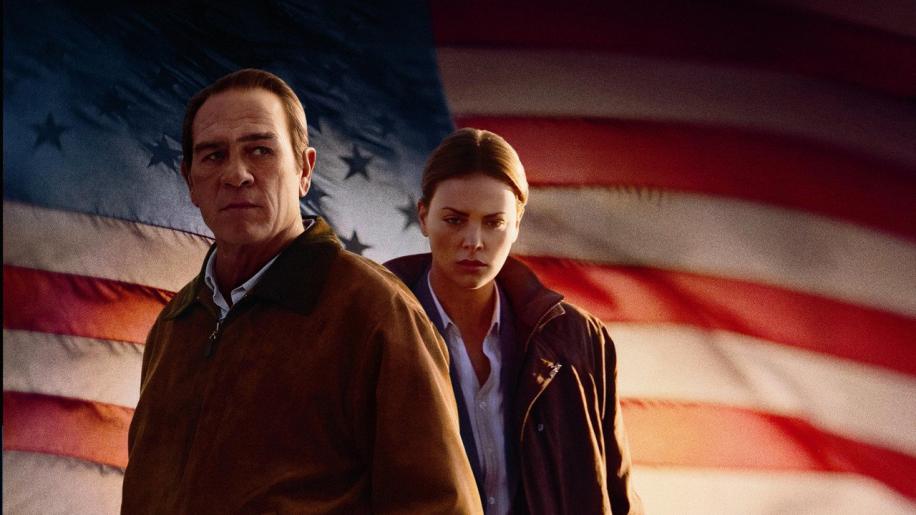 The title of the film “In the Valley of Elah” is taken from the biblical story of David vs. Goliath. Goliath was a mighty giant of a man who stood as the champion of the Philistines. For forty days Goliath showed off his skill and strength and challenged King Saul and the Israelites to send down a champion of their own to fight in single combat with him in the Valley of Elah. It was a simple challenge in that the outcome of the combat was to decide the fate of the whole battle.

The Israelites would dare not rise to the challenge until a young shepherd boy named David put himself forward. From the outset the pairing appeared a mismatch; a giant armour clad warrior of a man against a mere shepherd boy. However, what David lacked in brute strength he made up for in agility, speed and guile. He ditched the cumbersome royal armour that King Saul had offered him and went into the fight armed with nothing but a sling shot and some stones.

As we all know David then went on to defeat Goliath in what became one of the greatest biblical stories of all. The story of David vs. Goliath therefore now heralds the belief for many to never give up hope in the face of almighty and overwhelming odds.

Hank Deerfield (Tommy Lee Jones) is a veteran of the Vietnam War, who also served in the military police. He lives in Tennessee with his wife (Susan Sarandon) and they have a son, Mike who is currently serving in the military army in the war in Iraq. Having already lost an elder son who was killed in service, it's a family that is already afflicted by the wounds of war. The story starts with Hank receiving a phone call from the army telling him that his son Mike has suddenly gone AWOL. Quite confused by this Hank, who had believed his son was still in Iraq, is then informed that Mike Deerfield had recently returned home from Iraq on discharge. Unsurprisingly Hank then decides to set off to Fort Rudd, the army base in New Mexico to find out exactly what has happened to his son.

On arriving at the army camp Hank is met with an indifferent administration that is seemingly uninterested in his sons disappearance. Having been a military policeman himself Hank senses something is not quite right and sets about investigating Mike's whereabouts. The local police are also generally uninterested in the case, not only is it being handled by the army there is also some confusion over whose jurisdiction it lies in. It's only with his persevered insistence upon Emily Sanders (Charlize Theron) a civilian cop that he manages to drum up some interest in the case.

Matters take a turn for the worse and his worst fears are realised when the charred remains of a dismembered body are found near the border. It's a shocking discovery to find Mike Deerfield had been gruesomely murdered, the body chopped to pieces and the remains had been burnt. Not a pleasant ending for a young soldier who had served for his country in Iraq.

Paul Haggis cleverly toys with the storyline and continually injects an anti-war sentiment throughout using flashbacks from Iraqi video material captured on Mike Deerfield's mobile phone. Whilst the mainstay of the film equates to a murder mystery it also revolves much around the pointlessness of war and the meaning of death within it. Whether it's a soldier being killed in active service or the post war trauma that many soldiers suffer, it's all dealt with deftly in a subtle yet quite hard hitting manner. Haggis also deals with the many other civilian casualties of war, innocent people that are simply caught up in the fighting through no fault of their own. The common perceptions of war where soldiers simply die nowhere other than at the front line are put to one side in this film. Instead Haggis concentrates on the equally destructive and far reaching consequences of war.

The film's storyline is towed along on the premise of a murder mystery and Hank with the help of Emily try to uncover the many hidden layers to try to find out what had actually happened to his son. Much of the evidence initially points to a drug related crime but inconsistencies in the evidence lead Hank to believe something far more sinister has taken place. He's as distraught as any father would be on losing his son in such a horrific manner. However his drive to discover what has happened remains undeterred and with the help of Emily they piece together the likely events leading up to his sons untimely death. In the face of the mountain of bureaucracy from the army and from the local police neither give up hope and eventually get to the bottom of the crime.

Tommy Lee Jones is a gritty actor who possesses a broadly coarse voice that hasn't always lent to some of the roles he's played. His acting talents are certainly diverse and I've always felt when left at centre stage is when he produces his most shining performances. It's also quite pleasing that some of his best performances are coming in his twilight years. The role of Hank Deerfield is certainly central and the film revolves entirely around the character. In many ways it's Tommy Lee Jones performance and his gravitas that pulls the performances of all the others around him up. Charlize Theron puts in a surprisingly excellent performance as a single parent civilian cop and really does complement him in virtually every scene. The evidence here suggests that Charlize really can act. Susan Sarandon plays a bit part in this film but nevertheless her convincing performance as a grieving mother is right up there with the best of them.

There is nothing more polarising than people's views on the merits of going to war and nothing that causes more soul searching than having to accept the farther consequences of it. In the Valley of Elah is a difficult film to watch and maybe far too difficult for some to reconcile with or accept. War does not simply end on the battlefield and the many mental scars suffered from it lead to the onset of depression and trauma for many soldiers. Rather unsurprisingly many young soldiers then turn to illicit drug abuse to help them cope. Therefore, searching for a singular truth in a mass of political confusion and against the brutal backdrop of war is virtually a thankless task.

In the Valley of Elah is a sombre and in many ways quite a dour murder mystery of a film. However, the acting performances of Tommy Lee Jones, along with the editing and the single frame filming of it raise it to another level. Paul Haggis has thrown much into the mixer in this film and in many ways has actually pulled it off. Whether your views are either pro or anti-war you will certainly be left questioning your own original stance on the merits of war. Maybe even quite uncomfortably so as it's evident that it's far far more difficult in defeating a modern day Goliath armed only with a simple truth. If you're prepared to watch this movie it will progressively draw on your conscience. It's a difficult film but it's recommended viewing.