In the Loop Movie Review 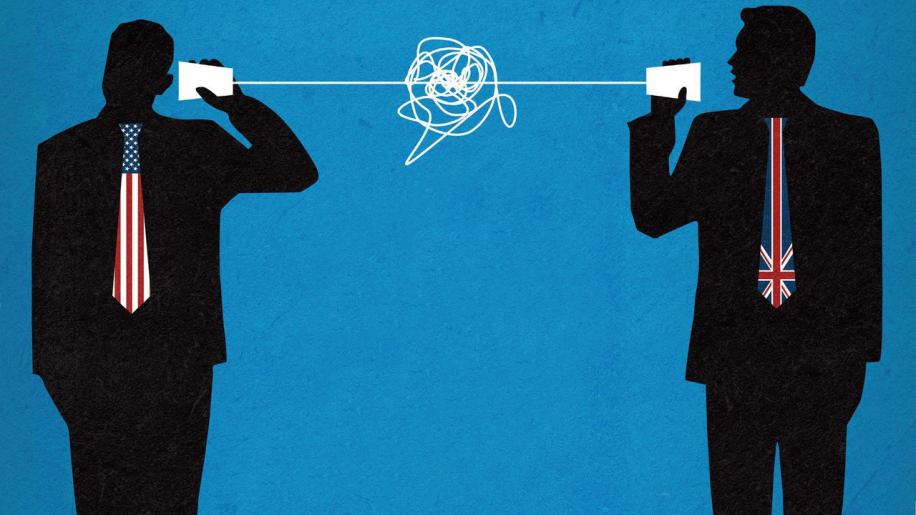 'In the Loop' was released in 2009 and was written and directed by Armando Iannucci. This movie is, at its core, a spinoff of his most recent hit comedy series, 'The Thick of It' (05-09). Many of you will recognise the name, as Iannucci has been involved in some very successful comedies over the past ten years; he penned/produced 'I'm Alan Partridge'/'Knowing Me, Knowing You' (94-02 - and also directed a couple of episodes), 'The Day Today' (94-04) and 'Friday Night Armistice' (95). Making his televisual debut at a time when Britpop was international news, I like to think of Iannucci as a member of the “new wave of British comedy”, which includes some heavyweights such as Skinner and Baddiel, Reeves and Mortimer, Enfield and Whitehouse and erm.... Hale and Pace. Over the years Iannucci has carved out a niche market for himself, focusing on topical and political based musings. Although he has not enjoyed the same level of success as the rest of the listed comedy duos, it appears that he has had the last laugh with this movie, which has been met with worldwide critical acclaim.

The plot centres around the British Minister for International Development, Simon Foster (Tom Hollander), and his inept and overly nonchalant aides. The time is present day and the (taboo) threat of war in the Middle East looms large. When new boy Toby (Chris Addison) enters the office of his new employer, he meets not only Simon but also one Malcolm Tucker (Paul Capaldi); a hard-as-nails and foul-as-sewage spin-doctor, who ensures that none of the PM's cabinet lackeys say (or do) anything untoward in the ever manipulative and slanderous eyes of the media. It just so happens that on this fateful morning, Simon, who has a rudimentary grasp of the English language, has mentioned on a Radio 4 broadcast that the war is “unforeseeable”. Although receiving a stinging rebuttal from Malcolm for his bumbling boobery, Simon is nonetheless selected to travel to the USA to work with his American comrades, with instructions to basically keep his mouth shut and stick to Malcolm's “line on the war”.

Stateside, Simon doesn't seem wholly out of place and things do not seem so different to the operations behind No. 10. The Assistant Secretary for Diplomacy, Karen Clarke (Mimi Kennedy), and her close friend, Lt. General Miller (James Gandolfini), suspect that the Secretary for Diplomacy, Linton Barwick (David Rasche), has formed a covert war committee to promote the pending war for financial gain. Linton also has a secret international weapon, as personified by our incompetent politician, Simon Foster. As the movie progresses Simon and Toby are drawn deeper and deeper into a web of political intrigue, all the while exposing and implying facts that really should be left unsaid. Needless to say, the viper tongued Malcolm is always close at hand to keep the minister and his less than professional aide in check.

I have to admit that although I'm a fan on Iannucci's earlier work, I haven't seen 'The Thick of It' but his style immediately jumps to the forefront in this movie. For example, the opening scenes, wherein the foul mouthed Malcolm berates the hapless Simon for his ridiculously unprofessional statements, hark back to some of the tightly scripted dialogue of everyone's favourite Radio 4 DJ. He handles his directorial duties with confidence, although it basically feels like one is watching a really long television episode, rather than a feature length cinematic production. The camera is continuously roving and changing angles, which suits the pace of the plot; Iannucci used several hand held HD cameras for the filming process. The relatively novice director also utilises some rudimentary techniques, such as muting the palette and overblowing the lighting in certain scenes, to accentuate the drab nature of the government offices. While there's nothing special or impressive about the direction, it does, in conjunction with the almost documentary feel of the piece, capture the realism which Iannucci strives for.

The cast is best described as ensemble, with many previously appearing in Iannucci's television projects. They have plenty of television appearances under their collective belt and are absolutely sublime in this feature, without one member spoiling the show. Capaldi is without doubt the star and literally chews the scenery (and Simon's arse) as soon as he enters shot. His unrelenting barrage of coarse and abusive language is absolutely hilarious and a constant source of laughs. Hollander is very impressive as Simon and adds a real note of sincerity with his self-important portrayal of the minister. He has some moments of buffoonery that would give 'Peep Show' a run for its money in the cringe department, as he desperately struggles to use politic-speak to avoid unpleasant media questioning. Kennedy and Gandolfini lead the stateside circus as they plot together and basically extract the urine from all those in their political company. The government aides, such as Liza (Anna 'My Girl' Chlumsky), Toby, Judy (Gina McKee) and Chad (Zach Woods) add personality and subplots but for the most part they're just cannon fodder for the more senior politicians to use and abuse as they please. As mentioned, for such a diverse collection of actors, there's not one member who lets the side down and all deliver their lines to comic perfection. Steve Coogan also pops up in a cameo role but is somewhat wasted, in my opinion.

The real star of the show, however, is Iannucci/Blackwell/Armstrong's razor sharp and incredibly witty script. The laughs come thick and fast and the variation in the tone and style of humour is incredibly varied and really keeps the entire piece fresh for the duration. Malcom certainly gets the lion's share of the comedic gold, with his downright abuse of Simon and all of his aides providing a steady source of guffaws for the runtime. There is an abundance of incredibly witty one liners and anatomically correct abusive putdowns (such as “Lord Baldemort”), which are both topical and instantly quotable. Simon provides a little more in the way of cringe-based humour as he moves from the frying pan to the fire with an oblivious ease that raises the question “How did he get into office in the first place?” He also draws some short lived empathy from the audience which rapidly dissipates once you realise what a wally he actually is! Karen and Lt. Miller's interaction with Simon and Linton brings forth some offbeat humour that relies on physical gags as well as a touch of under the breath sarcasm. The entire piece is underpinned by deep political satire and bottomless cynicism. All in all there's a fine mix of comedy here and it plays out to perfection over the course of the run time, with plenty of “standout” moments.

My only real complaint with this movie is the plot. It really does not have a whole lot of depth or substance and the climax feels weak and inconclusive in comparison to the clever build of tension and intrigue throughout the movie. In saying that, this is basically a feature length “TV Special” and it's the characterisation and comedy which makes this movie something special. As I sat and laughed, I was reminded of so many sitcoms and comedies over the years which I could compare this movie to. Still though, it manages to feel novel (perhaps that's due to the fact that I have not seen 'The Thick of It') and my best effort at a concise description would be a cross between 'Drop the Dead Donkey' and 'Curb Your Enthusiasm'. As a standalone movie I would recommend this to everyone as there's enough variation in the gags to atone for the poor conclusion. I would watch again but largely for Capaldi's outstanding performance, which has inspired me to purchase 'The Thick of It'. Bottom line is that this is without doubt the best comedy of 2009 and is comes recommended.