In The House Movie Review

So why should you see this movie? 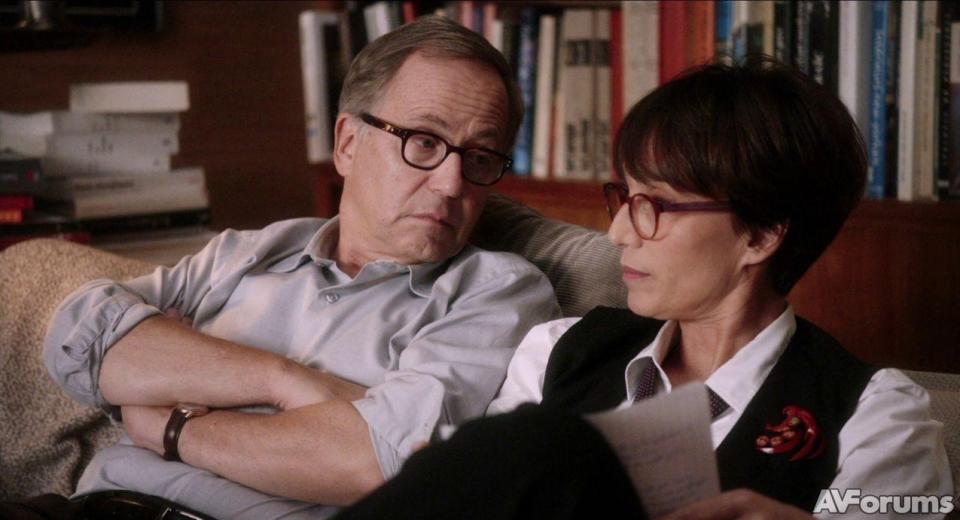 Tantalisingly playful yet morally precarious, François Ozon's well crafted tale, In The House (Dans Le Maison) delivers an unashamedly voyeuristic perspective on creative writing that holds more intrigue from the get-go than you could shake a well educated stick at. The relationship between teacher and student is at the epicentre of this clever story that had me happily toiling between doubt, confusion and certainty from beginning to end.

It's very much set from the perspective of a failed novelist turned literature teacher, Germain (Fabrice Luchini). Teaching in a French comprehensive school, Germain finds himself completely bemused and bewildered by the inability of his new class to compose a cohesive narrative. Whilst bemoaning the lack of creativity on show to his wife, Jeanne (Kristin Scott Thomas), he stumbles upon one of the students papers he is marking which he reads aloud to his wife. Both are curiously captivated by what the page holds. Continuing to read to the bottom of the page, the words “To be continued” bark a teasing break to the narrative that the couple had inadvertently found themselves enthralled by.

Buoyed by the glimmer of hope shown by this student, Germain begins to work closely with him, encouraging him and offering guidance as his new protégé, Claude Garcia (Ernst Umhauer) delivers this spellbinding tale in instalments – each time, Germain brings it home to critique and to read them to his wife. Soon, it becomes apparent that the advice that Germain is giving Claude is somehow going beyond the writing and a more sinister thread is introduced to the narrative the gifted young writer is crafting. As the line between fiction and reality continues to blur, Germain and his wife find themselves embroiled in various situations that are so astronomically out of the norm for the middle aged couple that emotions begin to fray and relationships intensify dramatically. Germain finds himself wondering if his advice has pushed the boy into unpredictable situations, and begins to doubt himself and his ability as the intense situation unravels before him.

This is a gutsy display from Ozon. He's confident and playful in his approach to the subject matter, and he's not afraid to let his audience feel like he's tripping over folds in his narrative. Of course, he's not tripping over at all – rather, he's weaving his tale-within-a-tale mechanics with skill, dexterity and precision. It's far from perfect, but it's brave enough and bold enough to help us forgive the occasional bit of narrative gristle between our teeth. He does more than enough to help us feel like we're in competent hands. The whole thing manages to feel like a contemporary tale, but this is far from ordinary.

Ozon's cast do an exemplary job too. Ernst Umhauer turns in a stellar performance as the talented young writer, Claud Garcia – balancing the naive qualities of a swooning student dazzled by the attentions lavished upon him by his teacher with the underlying scent of devious intention crackling away beneath the surface. Fabrice Luchini in turn puts in an excellent performance, never trying to shine brighter than his character needs to. There's something to be said for a seasoned actor who knows how to deliver on performance without feeling like he has to over-state his presence. Kristin Scott Thomas is typically excellent too. She comes across as being very comfortable in her role as the strong minded but under confident art gallery manager, and once again demonstrates the duality of her career as an actress being seamless with French and English language movies alike. But perhaps the major special mention should go to the charismatic and instantly likeable, track suit wearing “Papa Rapha”, who is exceptionally played by Denis Ménochet who you'll remember from that Tarantino moment that changed the face of suspense at the beginning of Inglorious Basterds.

So why should you see this movie? Because it's laced with intrigue; peppered with narrative counterpoint, and awash with rich and interesting characters playing out a story that I, for one, found unique and captivating. It's by no means a masterpiece, and it's got it's woolly moments for sure, but if you long to escape the deafening hum of the summer blockbuster for a while, and are in search of something slightly more intellectually challenging, In The House confidently stands up as one of those movies that might just get your creative juices going. Recommended.