In Her Shoes DVD Review 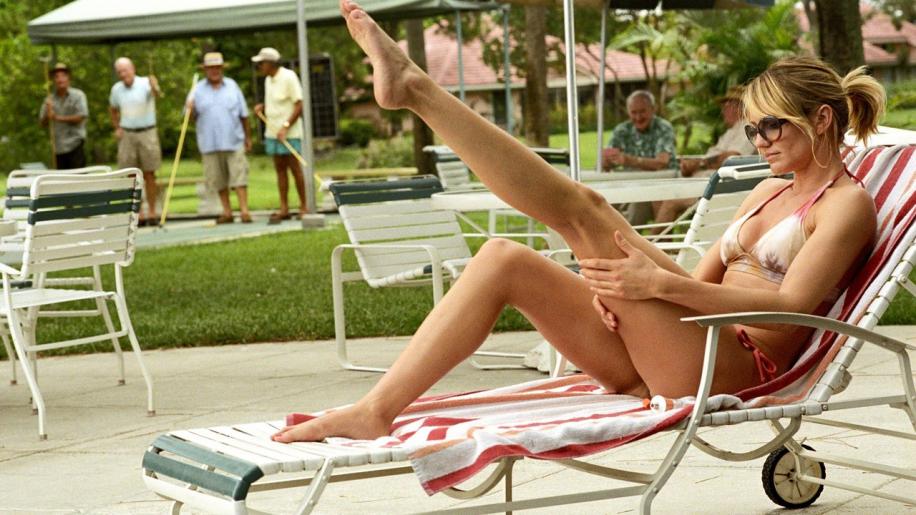 In Her Shoes is presented in a brand spanking new 2.35:1 aspect ratio anamorphically enhanced widescreen transfer with good detail, negligible softness and clarity throughout. Grain is kept to a bare minimum and is barely noticeable and there were no signs of any digital artefacting. The colour scheme is quite nice because, although the setting is mostly wintry and dull, the inside sequences showcase plenty of bright colours and tones, not least because of the various outfits the girls wear. Blacks are reasonably solid, allowing for some nice night scenes and overall the transfer exhibits no signs of any print defects.

We get a perfectly acceptable English Dolby Digital 5.1 track to accompany the movie. It is actually quite boisterous, right from the outset, with the dialogue always coming through clearly and coherently, but the soundtrack really taking centre stage. More score-orientated than song-based, it sounds pretty tremendous and captures the generally light-hearted sentiment of this relationship drama. There are no real serious effects to speak of - perhaps a couple of car screeches, ringing phones and the like which hit the surrounds - but generally that does not stop this being a decent aural representation of the movie.

There are a selection of Featurettes that accompany the movie. The People in the Shoes spends fifteen minutes looking at the characters, cast and crew that make movie and has interviews with the main cast and crew members. We get the director, producer and writers talking about these elements, as well as Cameron Diaz and Toni Collette discussing the parts they had to play. There is a little final film footage, but it is mostly narrated over (making you sometimes wish for a full commentary) and there are plenty of behind the scenes clips to fill out the Featurette. Overall this is a nice Featurette with quite a few nice observations about the production that fans will enjoy.

A Retirement Community for Acting Seniors is a ten minute Featurette that looks specifically at the part of the movie focussed on the retirement community, giving us plenty of behind the scenes footage from the set and interviews with the older cast members.

From Death Row to the Red Carpet takes seven minutes to look at the casting of Honey Bun, the dog, with plenty of dog-related shenanigans (like training, walking, washing etc.). It is extremely dog-orientated, so if you like your canines then this is well worth your time.Finally we get a two-minute Inside Look Featurette for the upcoming Lindsay Lohan movie Just My Luck, along with a selection of Coming Soon trailers, including ones for Mrs. Henderson Presents (with Bob Hoskins and Judi Dench), the Johnny Cash biopic Walk the Line, the Steve Martin drama Shopgirl and another predictable (I bet you can guess the whole story just from the trailer) chick-flick, Feel the Love.

In Her Shoes is a ridiculously predictable but nonetheless quite enjoyable little drama about rival siblings and their relationships. The video presentation is quite solid and the audio track does it justice. Put those together with the nice few extra features and you have a package that is sure to entice fans of this kind of relationship drama.