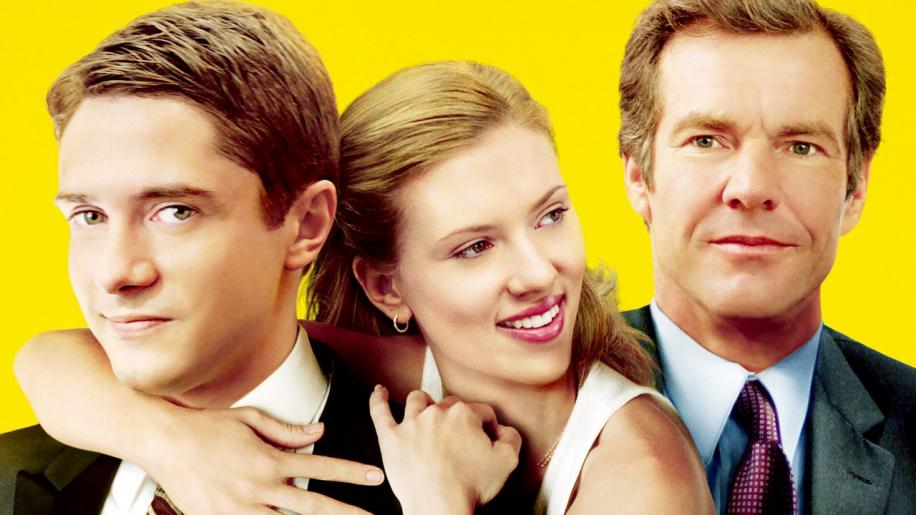 Entertainment in Video has provided a theatrically correct 1.85:1 aspect anamorphically enhanced for widescreen TV's picture which can best be described as adequate because there are one or two problems that really shouldn't be seen on such a modern film. First the good; the picture is mostly clear and bright with good attention to colour correction; contrast levels are well set with bright sunshine not too over bearing and nice correct blacks. Unfortunately the detail level fluctuates a bit too randomly, one scene it is absolutely pristine, the next too soft, and the problems don't end there, there were occasional bursts of compression artefacts, edge enhancement was plainly visible throughout much of the film. All this and the occasional spot of print damage and grain lead to a far poorer picture than we have come to expect from new films. It is no where near the worst picture I've seen, but certainly not a decent one and ultimately rather disappointing. The disc has been given two 5.1 tracks, Dolby and DTS. Such is the nature of the film there is unfortunately little for the surround speakers to get worked up about. The film is very talky and all comes from the front, occasionally slipping into direction, but oh so rarely. So although there is nothing technically wrong, there is little to challenge the speakers and thus leaves a rather mundane sound track. The only decent surround comes from the score which is lovingly reproduced and really makes use of all the speakers filling the room. Differences between the Dolby and the DTS are minute, both seem to be the same volume level, the DTS just has slightly more bass, but it is almost imperceptible. Of the two I preferred the Dolby since it seemed slightly more clearer in terms of dialogue, the DTS sounding slightly thick and since this is a very dialogue heavy film this attention to detail makes for the winning track. First up there is the audio commentary with director Paul Weitz and star Topher Grace and is more like a casual conversation. Weitz takes the lead for most of the talk, but Grace chips in with some interesting things to say. There are a few pauses, as it appears both sit back to watch, then the conversation will soon pick up started by Weitz. The fact that most of the story elements came from actual events is interesting and that such insights are mixed with technical titbits that keeps the chat interesting. The best extra on the disc by far.

There are ten deleted scenes playable individually or all together with or without director's commentary. Much, if not all of these scenes were removed for timing, at an initial cut of two hours forty five minutes the film had to be slimmed down, the ten scenes here are only a fraction of what was cut but give some insight into what could have been. There are few actual changes, and most material is well covered within the film, hence their removal apart from the final one with Forman quitting his job after the confrontation with Teddy K, glad this was never used as the final cut seems far more satisfying.

The seven featurettes cunningly spell SYNERGY and can be played individually or all together. If you are going to watch this travesty I suggest all together as really they are two or three minute sound bites strung together for a total run time of 25 minutes. There is nothing of note here with the possible exception of the locations segment which has a camcorder following Weitz around a single day of location shooting in New York, some nice behind the scenes stuff; other than that nothing original and all rather self congratulatory and dull.

Finally there are some detailed cast and crew biographies and filmographies if you like that sort of thing. In Good Company as a film is rather ordinary in its stance, technically excellent as the elements that make it up are, the overall ensemble, for me, just didn't sit all that well. The fact that the DVD is of a rather poor quality in both presentation and extras does nothing to inject enthusiasm. In Good Company then, maybe headed straight for the bargain bucket, or the rental stand, and in both of those places I hope it can flourish, it doesn't deserve to disappear.