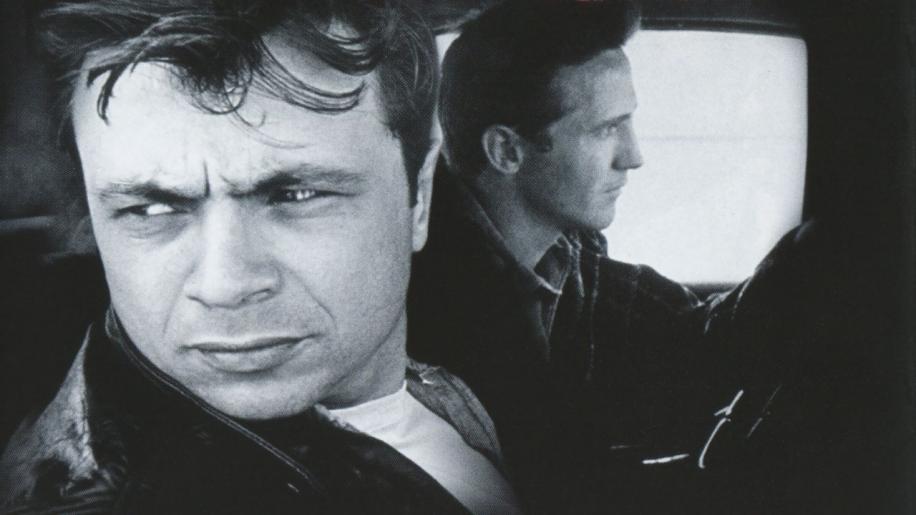 November 1959 saw the brutal killing of 4 of the Clutter family in Holcomb, Kansas. The murderers incorrectly thought that Herb Clutter kept a safe on the family farmstead which contained upwards of $10,000; this amount was supposedly to be used to pay the many farm hands Herb had working for him. The information was false, the murderers eventually walked off with just over $40, a radio and a pair of binoculars.

Regardless of the items taken from the homestead these murders provoked an outrage in the United States. The Clutter family were regarded as decent, Herb being a fair employer treating and paying his employees well. The family attended church and were respected members of the community. It seemed almost implausible to the American public that such a family could be hog tied, knifed then finally executed by a shotgun blast to the head. The shocking nature of this crime and subsequent public reaction was what first attracted Truman Capote to the story, so he travelled down to Kansas to record the events. Along with Harper Lee (who would go onto pen To Kill a Mockingbird) he took an inordinate amount of hand written notes before and after the killers were brought to justice. Some six years after the crime was committed his book was published and quickly gained the accolade of “non-fiction novel” and too this day it is credited as perhaps being the forerunner of this particular book genre. In 1967 Richard Brooks brought Capote's book to the big screen.

Perry Smith and Richard Hickock (Robert Blake and Scott Wilson respectively) are not long out on parole. Old cell mates, they eventually meet up again on the outside and plan what Richard says is the perfect deal; steal $10k from the farmers safe which was never there ending up in the 4 atrocious murders.

Despondent they cash some false cheques around town and high tail it down to Mexico where Perry wishes to remain but Richard, becoming intolerant of the place, convinces him to return home to the US. This they do and through a series of events they find the police and FBI slowly closing in on them. It's only a matter of time before they are apprehended and brought to certain justice.

Before taking this to celluloid Brooks had a busy time in Hollywood directing a swell of films with Cat on a Hot Tin Roof probably being the one of most note. He was though an prolific writer, more often than not writing the screenplays for the films he would eventually direct. Key Largo is one from his stable, however the late and great John Huston was at that particular helm. It has to be noted that Brooks was familiar with the machinations of Hollywood and more importantly the structure of the mystery/thriller genre. To a certain degree he threw out that structure with this film. There was some consternation in the community and some corners of the movie making world as Brooks, trying to be as authentic as he could be, drafted in some of the people who sat on the jury as well as filming in the Clutter house where these murders took place, the photographs on the walls and desks are of the Clutter family themselves. Some thought it was a little disrespectful to go that far.

There is little mystery in the film, the crime is committed only 20 minutes after the opening credits and any subsequent mystery boils down to how these murders will eventually be caught. There is some friction between the two main characters and there is some element of suspense there as one wonders if one murderer will in fact decide or kill the other to close any loop holes which might still be kicking about. This wondering is covered in the middle section of the film as Smith and Hickock are on the run in Mexico. It's also during this part of the film that Brooks seeks, perhaps, to almost 'understand' the criminal... to put forward the proposition that a person's upbringing maybe responsible for how they react as an adult, almost unable to control the feelings contained within them. In 2009 this is more or less accepted as fact in certain quarters, in the mid to late 60s this was an sociological theory beginning to emerge. To a degree Brooks almost makes the viewer sympathise with one of the perpetrators of this heinous crime, however in later scenes he shows both for what they truly are.

The movie starts somewhat slowly, merely introducing us to the characters we'll see throughout the film. The actual raid on the Clutter farmhouse and subsequent killings are not shown at all, not even a glimpse. I felt the whole style of the film was beginning to look like a Quinn Martin production from the late 60s or early 70s and certainly with the Quincy Jones' music in the background it felt as though I was entering an episode of The Streets of San Francisco. The pace slows somewhat into the middle act as though Brooks is playing a holding game just setting us up for that all important third instalment. And it is that final act which really puts the icing on the cake in this feature.

The suspense finally kicks in as our outlaws pass back across the US border to finally be hunted down. The pace quickens a little, editing becomes a little tighter and Jones' score seems a little more frantic compared to the meandering swinging jazz he introduced at the start. The scenes culminate in their capture and interrogation, the latter of which is an intense affair. Brooks does not let up in the following courtroom scene, making the viewer sit on the edge of their seats whilst waiting to hear the verdict... obviously guilty, but would it be life imprisonment or death's row? It doesn't stop until the very final scene, a heartbeat racing in the background and the final words of the committed producing a level of suspense rarely found. That final act is a wonderful piece of movie making and one which really makes the viewer sit up and take some notice. During these final moments there is one scene which has undoubtedly gone down in cinema history; a beautiful scene only eventually realised by pure fluke. Smith facing his ultimate doom gives a speech in front of a rain soaked window, the light and shadows reflected inwards from the rain and onto his face producing an incredible effect of copious amounts of tears washing down his face. It's a beautiful scene to behold and one I shall never forget. Not planned this way, it was in fact the result of the staging of the scene in question... the amount of water thrust upon the window and the wind machine making it turn to droplets. Imagined or not this is still the scene from this movie.

Brooks did little after this, he squared up with Quincy Jones again for $ (or The Heist to give it it's UK title), and after that only made another four films before his death in 1992. Robert Blake essentially went back to the realms of American TV shows and perhaps the only film of his of any note was Electra Glide in Blue. Scott Wilson fared a little better after this being cast in some 'A' list movies such as The Right Stuff, Dead Man Walking and Pearl Harbour but really never played a leading man again and was resigned to the smaller parts always needed to pad out a production. Other faces though you'll recognise; stalwart John Forsythe pulls in a sterling performance as the FBI man on their trail. John of course recognised from too many American TV shows but he's always had a presence on screen that I've enjoyed and hoped would see more of on the big screen. He certainly had some larger parts but in the main it was the set in the corner which paid his way, Blake Carrington perhaps being his most well known or viewed. Interestingly enough he was the voice of Charlie in both the 70s TV series and the two films adaptations of Charlie's Angels. Another face you'll recognise is Jeff Corey playing Richard Hickock's father. Again a staple of American TV, but his eyebrows have such presence that you have to give the man some credit.

I was aware of the Clutter murders before I watched this film but I had never read Capote's book on the subject. Now though I am glad to have caught up with this excellent little film. There's an excellent score by Quincy Jones which changes its mood when it has to, good performances from Blake, Wilson and Forsythe and taut direction from Brooks in that final act of the movie. A good all-rounder and one I can easily recommend.