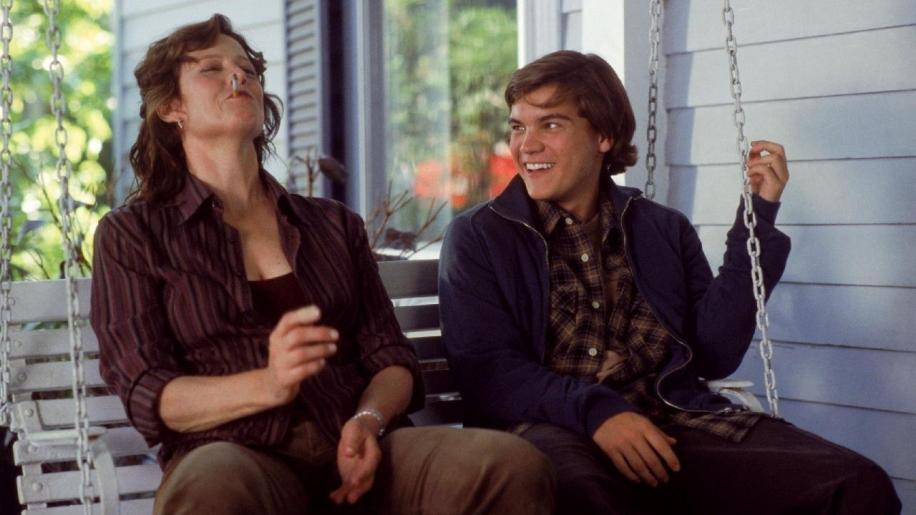 Imaginary Heroes stars Sigourney Weaver and Jeff Daniels, which in my book means there are at least two reasons why this movie deserves to be a good 'un. I like those two actors. Alas, a couple of first-rate actors do not necessarily a solid movie make. And given the film's subject matter - death of a sibling; mid-life crises; the drama of adolescence - not to mention a parent's life threatening illness, it would be easy to dismiss Imaginary Heroes as something of a depressant! Thankfully, the opposite turns out to be the case and I found Heroes to be quite uplifting.

Weaver plays Sandy Travis, wife to Ben (Daniels) and mother of three - Tim (Emile Hirsch), Penny (Michelle Williams) and Matt (Kip Pardue). When tragedy descends on the Travis family relationships are tested to the limit and each character turns to find some kind of solace in some pretty inappropriate ways - drugs, alcohol and pure and simple withdrawal. I'm making it sound depressing again, aren't I?! It really isn't. Imaginary Heroes is like an old style character driven piece, but what sets it apart is some tight direction by writer/director Dan Harris. Harris is on the up it would seem; his previous movies include X2 (screenplay), Superman Returns (screenplay and story) and he is in the process of penning the screenplay for the upcoming Logan's Run. Imaginary Heroes proves that Mr. Harris is far from being a one trick pony and I'm looking forward to his next directing project.