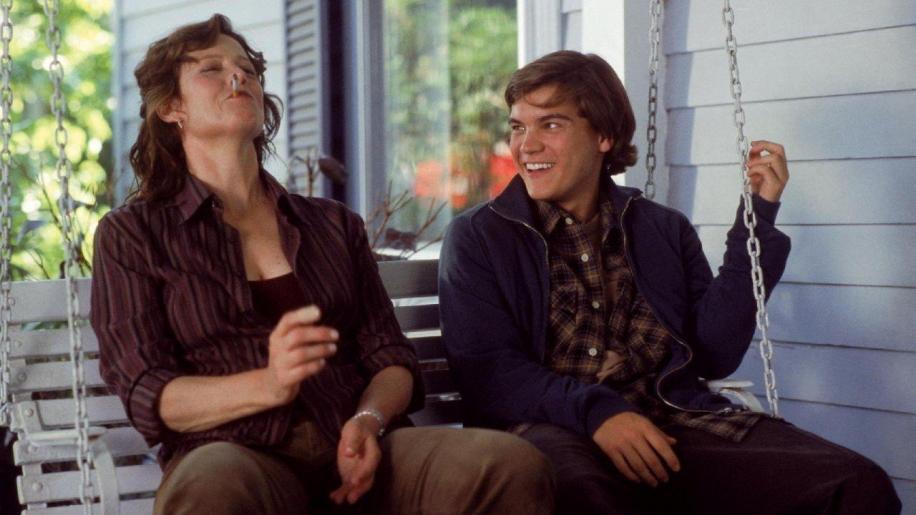 Image quality is reasonably solid, with strong, vibrant colours and a sharp and detailed appearance. All this conspires to make Ms. Weaver look strikingly attractive... which is always a good thing! Shadow detail, in particular, is very good, although there are times when video noise does become a little noticeable. All in all Imaginary Heroes benefits from a commendably solid image, and the Mastered In High Definition logo goes some way, perhaps, in explaining this.

Imaginary Heroes is another example of a dialogue driven movie... so much so that “action” is pretty much locked to the centre channel for almost the entire film. There are a few musical interludes, but for the most part you're A/ amp will be thoroughly underused. Of course, there are always Ms. Weaver's dulcet tones to concentrate on!

At first appearance Imaginary Heroes fairly bursts at the seams with supplemental features, but it's all a little bit of an illusion. First up there are two audio commentaries, one with Sigourney Weaver, who unfortunately sounds a little lost at times as she reminisces about her character's role in the movie, and a second, more interesting affair with director Dan Harris and actor Emile Hirsch. At least these guys benefit from being able to bounce ideas and memories off each other.

There's a short (six minutes) behind the scenes feature, and a few behind the scenes photos - so nothing to really set the world alight, so far. I did find the eight deleted scenes interesting, although as seems to be the norm with cut scenes it is fairly obvious why they were deleted in the first place.

Rounding off the extras is a short music promo and a few movie previews. Despite the promise of a copious amount of supplemental features, what's been included here really doesn't do much in actually selling the movie itself, and the highlight for me is Dan Harris and Emile Hirsch's audio commentary. Sorry Sigourney.

Imaginary Heroes isn't the kind of movie likely to earn mega bucks at the box office, but I enjoyed this Beverley Hills 90210-on-speed type film. It makes a nice change from the mindless popcorn action that Hollywood dishes out with such regularity. Worth at least a rental.