It’s all about the quiet gains… 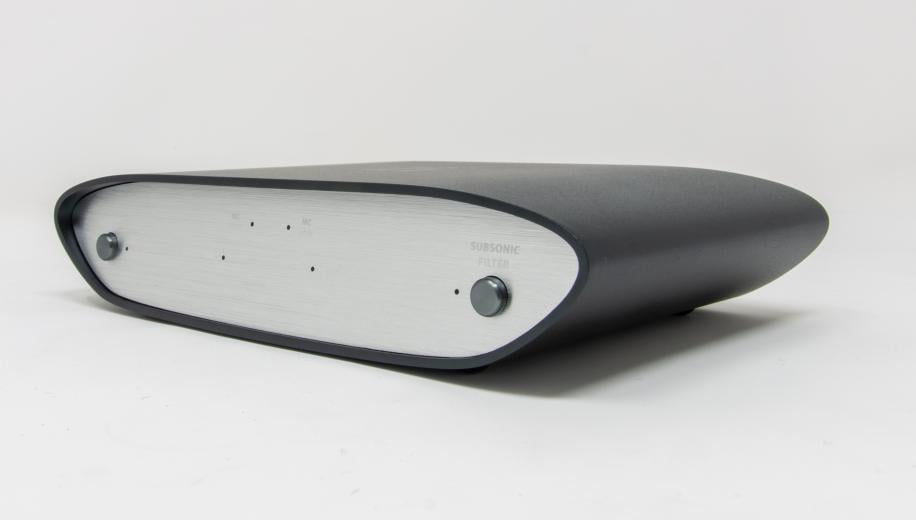 Introduction - What is the Zen Phono?

The iFi Zen Phono is a moving magnet and moving coil phono stage that joins the expanding Zen range of components (that so far, have shown themselves to be rather good). It’s the first time we’ve ever looked at a phono stage for AVForums and the iFi has been selected because it is a combination of price and features that might be the sort of thing you were looking for if you wanted to start taking analogue a bit more seriously.

And, for the avoidance of doubt, the performance figures for the Zen Phono are serious stuff for a £150 phono stage. It supports four separate gain settings from 36dB through to 72dB and has a claimed equivalent input noise of -151dBv (or better than my resident Cyrus Phono Signature that I still very much regard as state of the art under £2,000). Don’t know (or care) what these numbers mean? Roughly translated, the Zen Phono can handle all but the maddest outlier cartridges and be whisper quiet as it does so.

To do this, the Zen Phono is a combination of fairly solid design practice sprinkled with some interesting components. The power supply is a 12v DC type but it runs into a 1.2MHz circuit with noise filtration. Meanwhile, the EQ circuit uses TDK C0G capacitors (as seen in both the DAC and the Blue) in parallel. The effect of using multiple devices this way is that they naturally pair match the channels in the manner that hand pairing devices can do but with less component wastage or time lost doing so.

One other feature of the Zen Phono is potentially worthy of note. Like the other Zen components, as well as a conventional RCA output, there is the option to run it balanced via a 4.4mm ‘Pentacon’ connector. This is a rare fitment indeed at the price (although, I am obliged to point out that it’s fairly rare in part because the amount of remotely equivalently priced equipment to make use of it is pretty rare too). As such, a 4.4mm to XLR cable was also supplied for review and iFi will have one for purchase shortly.

... for the avoidance of doubt, the performance figures for the Zen Phono are serious stuff for a £150 phono stage

The Zen Phono takes the same casework as the other Zen products which means it has the same ‘off lozenge’ shape as the others. The front panel is limited to an on/off button, a selectable rumble filter and LED indicators showing which of the gain settings is running. It’s simple enough and there are omissions over more expensive models such as impedance and capacitance adjustment but it’s still quite remarkably comprehensive for £150. Build quality is also more than reasonable for the asking price.

Before we begin, a number of people reading this will be thinking “my amp/receiver already has a phono stage, I don’t need another.” In the sense you can only use one at a time, yes. The thing is though, not all phono stages are created equal. Adding 36dB of gain (or even 50dB, 60dB and 72dB) is fairly easy. Adding it without additional noise is less easy though. I’m the biggest, most unapologetic vinyl fanboy going but I hate the extra noise (and have been forced to spend out accordingly to deal with it). To use a TV analogy; if you were looking at TVs and one was objectively perfect except for an inability to show black, you’d still probably give it a swerve.

The Zen Phono is astonishingly quiet for a £150 phono stage. There is absolutely no discernible noise at idle unless you jam an ear into a speaker. The effect this has on the operation of an Audio Technica AT-LP5X is profound. In isolation, the internal phono of the LP5X is perfectly capable. Through the Zen Phono though, noise you weren’t truly aware of is suddenly gone and the effect on the information you should be hearing - from the top to the bottom of the frequency response - is dramatic. Sleater Kinney’s The Centre Won’t Hold is suddenly a punchier and more dramatic experience.

Switch out the LP5X for the AVID Ingenium Twin and the results are, to say the least, surprising. Using the side with Rega RB330 and Goldring 2500 - a component combination still considerably more expensive than the iFi - and the results are genuinely outstanding. The AVID is (by a small margin admittedly) the quietest turntable I have and even so, it doesn’t reveal a discernible noise floor in the iFi. The moving coil performance is arguably even more remarkable. Using the other side of the Twin with an SME M2-9 arm and Goldring Ethos (in other words £2,500 of stuff even before the turntable is factored in) sees the iFi pull the same trick. It gives 60dB of dead silent gain for £150. The next model I can think of that can do that is Rega’s Fono MC which costs £100 more and is exclusively moving coil in operation. To reiterate, this is a bargain.

No less importantly, the (fairly small amount of) character it does inject into the performance is positive too. Listening to Joan Armatrading’s fabulous Me Myself & I, the iFi places a fractional midrange emphasis on it and her vocals are utterly sublime as a result. For the most part though, what you get is a very honest take on what your deck, arm and cart sound like. Some side by side tests with the resident Cyrus (at nearly ten times the price) does suggest that specialist loading features and the very ornate output stage of the bigger phono stage lends it an advantage but the iFi is still unreasonably good. Finally, if you have a balanced input (and your amp benefits from using it as the resident Chord 2800 MkII here does), the performance gains further. It’s a niche feature but handy if you can make use of it.

Let me be succinct. If the Zen Phono had been sent here costing £300, I’d still have a job to criticise it. It is one of the most outstanding pieces of affordable engineering in any category I have ever tested. At the asking price, it is an utter bargain, able to compete with anything I know of under £500. If you want to boost your vinyl replay chain, here is where you start looking because it is the current Best in Class.