Ever higher states of Zen 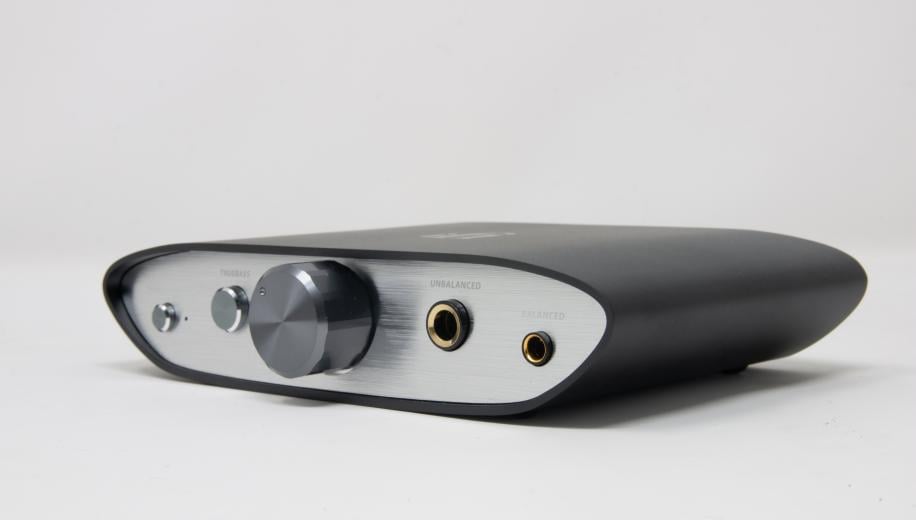 Introduction - What Is the ZEN DAC v2?

The iFi Audio Zen DAC v2 is a refresh and replacement of the existing Zen DAC that bagged an Editor’s Choice Award in the 2020 listings. The Zen range continues to expand at a rate of knots and not content with new products, iFi has been applying lessons learned so far to the existing models. The Zen DAC v2 replaces the Zen DAC and the price climbs by £30 in the process.

In functionality terms, not much has changed. The Zen DACv2 is a single input DAC that uses a USB connection for both power and signal. Format handling is unchanged at 24/384kHz PCM and DSD256, along with MQA unpacking and decoding but the manner in how this is made available to the DAC has changed. The USB input now has a 16 rather than 8 core XMOS controller (and it seems to be one that is sufficiently good that Roon assumes the Zen DAC v2 to be the Technics SU-R1000 which is... rather more expensive). This allows the ZEN DACv2 to do a three stage MQA unfold in advance of the previous two.

The other area that has been changed is the clock. As a company, iFi has always been very keen on fitting the most accurate clock it can to its products, to the extent where from an objectivist point, even this relatively low example is over specified. Reading between the lines, it seems that the strong sales performance of the Zen series has allowed for some nicer components to be budgeted for at a modest price increase and it would be a USB connection that would see the greatest benefit from such an upgrade.

The connectivity of the ZEN DAC v2 is unchanged. It is a USB powered device with the choice of fixed or variable RCA and 4.4mm balanced outs and 6.35 and 4.4mm headphone outs that can be controlled via the front panel control. As before, if more power is needed, an external power supply can be added, boosting the current delivery for more demanding loads. Since I looked at the original ZEN DAC, something that iFi has also done is get their range of 4.4mm cables to the market meaning you can now easily connect your ZEN DAC v2 to an XLR input, if you have one.

Aesthetically, the ZEN DAC v2 looks like it did before which means it is a sturdy, logically laid out and very solidly assembled device indeed. The existence of the Topping E30, with its extra inputs and display does mean that the iFi doesn’t have everything its own way but, even with the £30 price rise, it is very (very) hard to argue that this is anything other than a lot of device for the asking price.

Aesthetically, the ZEN DAC v2 looks like it did before which means it is a sturdy, logically laid out and very solidly assembled device indeed.

As luck would have it, the original ZEN DAC has remained here after it was tested and this meant that I was able to test the new model against it. The quick and dirty answer as to the performance gain is that, if you own the original ZEN DAC, it is almost certainly not worth chopping it in for the new one but for someone wondering if the extra £30 is worth it, then yes it is. I mean, in 2021, £30 is a large round of drinks, you aren’t being asked to re-mortgage on this one.

What the ZEN DAC v2 does very effectively is manage to sound a little more natural and unforced across everything you play on it. With the bombastic Mr Ed on the Mammoth WVH album, both ZEN DACs sound extremely good but the newer version manages to deliver the vocals with a little more richness and realism. The differences aren’t huge but the newer DAC consistently manages to sound smoother and more natural without becoming softer or more diffuse at the same time. This is still a product with fabulous bass extension and definition for the money being asked of it.

These same traits apply to the headphone performance too. As a simple means of making a workstation more pleasant to use, the ZEN DAC v2 will handle most sane affordable full size headphones without recourse to the external PSU and delivers the same smooth and refined presentation here too. Something that is equally applicable to the original but bears repeating is that the ZEN DAC v2 is an excellent preamp for not a lot of money. As the control point for an affordable pair of active speakers, the linearity and fine adjustment that it offers is enough to make the experience pleasing and compromise free.

In fact, ‘pleasing and compromise free’ covers a lot of the bases in a final description of the ZEN DAC v2. If you need more inputs, the Topping family might still have the edge but the ability of the iFi being used as a piece of source equipment and as a headphone amp make it absolutely sensational if you can get by with USB. What this updated version demonstrates more than anything else is how seriously iFi is taking this affordable tier of equipment - and with some interesting new product in the works, this is only going to become more significant still. The ZEN DAC v2 isn’t a gamechanger over the original but the original was an Editor’s Choice winning product that cost £130. Now, for £160, you have the option to buy a better version and you can’t really say fairer than that. For these reasons, the ZEN DAC v2 is an easy Best Buy.