The school of incremental gains reconvenes 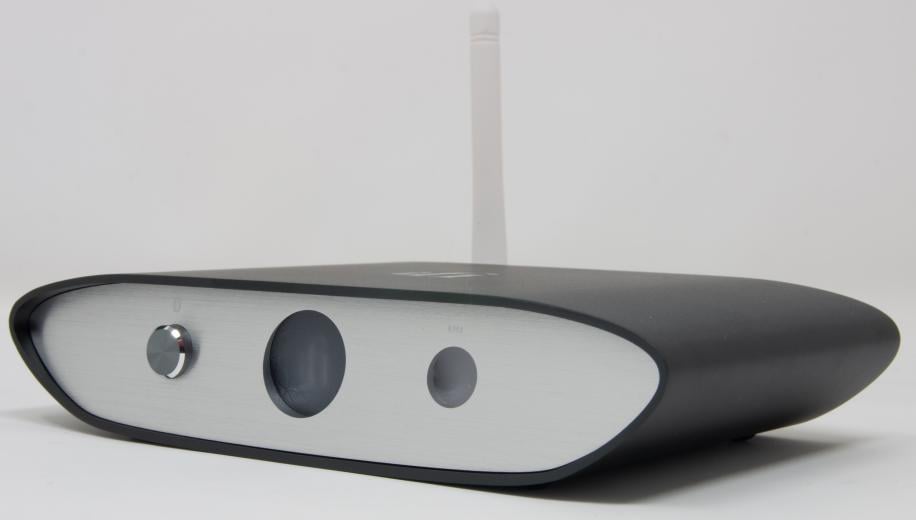 The best Bluetooth interface you can buy has got better. If you take the medium seriously, this is an outstanding product.

What Is the Zen Blue v2?

The iFi Zen Blue v2 is, as the name suggests, an evolution of the original Zen Blue. This was - more by accident than design - the first member of the ZEN family I looked at and, in some ways, it remains the most specialist of the set (an argument that hinges over whether this is defined by functionality or appeal as I’d argue more people have potential use of the Zen Stream but may be confused by the nature of how it functions). The Zen Blue is a self-contained digital to analogue convertor where the only input is via Bluetooth.

Nothing has changed about the basic functionality of the Zen Blue in this update but then, it’s unclear what would have needed changing. The iFi supports SBC, AAC, aptX, aptX HD, aptX Low Latency, aptX Adaptive, LDAC and HWA/LHDC. There isn’t a format I’m aware of that the iFi doesn’t support that could have been added for the new version. This is made available to a pair of RCA outputs or a 4.4mm pentacon connector (that can output to XLR if you wish) to go straight to an amplifier or you can output a digital signal via optical or coaxial.

The changes for MkII status are internal. The biggest change is the fitment of a new clock and oscillator that also finds its way into the DAC. This is of more than abstract worth with Bluetooth because, even when dealing with aptX Low Latency, the clock has more to do than is the case with a wired digital signal. As before, the Zen Blue gets to dip into the same parts bin of high quality components that the rest of the Zen family does so you’ll find high quality caps and other niceties sat in the signal path too.

The other change is a practicality based one although I confess it wasn’t something that I picked up on with the original version. The company claims that, thanks to a new aerial being supplied with the updated version, the range has been improved by as much as 80 percent. Given that the original allowed me to have stable reception from any part of the ground floor of my (admittedly not large) house, it has been hard to establish what effect this actually has on performance. Nevertheless, it’s a handy thing to have.

Nothing has changed about the basic functionality of the Zen Blue in this update but then, it’s unclear what would have needed changing

The basic design of the MkII is unchanged from the original. An iFi logo lights up in different colours to reflect different Bluetooth codecs and it uses the same all metal casework as the rest of the Zen family. Like the updated version of the DAC, the price has climbed to £159 but this still has to be seen as fairly solid value for money. There’s not much in the way of competition either.

As the downstairs system was busy on other tasks, the Zen Blue v2 was connected to a Naim Supernait 3 and Acoustic Energy AE1 speakers, both over RCA and also via S/PDIF into a Chord Electronics Hugo2. Even running over analogue, the Zen Blue MkII shows itself to be a genuinely impressive piece of kit. Using an Oppo Find X2 Neo (that is aptX HD but not LDAC capable), the performance with Chvrches Screen Violence is an extremely engaging listen.

The basic nuts and bolts of how the iFi manages this are threefold. It is entirely free of noise and interference with means that the actual performance sits on a background as silent as any more conventional digital rival. It then delivers the same perceived dynamics as the same stream accessed over UPnP. The bass extension of How Not to Drown is deep and controlled and there’s no congestion evident even when the track is at its busiest. The nature of how aptX HD works means that, with the 24/48 stream from Qobuz, there is going to be a degree of compression applied to the file but, even in the context of a revealing system, it is hard to get any perception of it.

Then, finally and most importantly, the decent decoding and those good quality parts in the circuit means that the Zen Blue does the same thing that the Zen DAC does effectively. There’s little feeling of ‘digital’ to what does. Instead you’re treated to a performance that manages to have you forget in short order that you are accessing it via a ‘convenience’ medium. If you fancy watching video and outputting audio to the Zen Blue v2, it’s worth noting that audio sync is excellent too. As before, if you are an iOS user, AAC Bluetooth sounds… alright; as good as I’ve heard AAC sound in fact. There’s simply not enough data in the stream for the Blue to truly shine though.

If you have aptX or better though and you have high quality decoding to hand, the digital outs of the Zen Blue remain its party piece. The same Chvrches album played via the Hugo2 is rather better than the on board Bluetooth - so much so that it is extremely hard to differentiate with the same file sent via Roon to the 2Go module attached to it. As I noted previously, listening to Bluetooth in the manner might seem like overkill but it’s extremely hard to argue with the results it generates.

If you have aptX or better though and you have high quality decoding to hand, the digital outs of the Zen Blue remain its party piece.

The ‘issue’ that the Blue has is much the same as it was before. Many devices have Bluetooth built in and for most of us, that is good enough for the sort of things we ask of the format. Furthermore, if you have an iOS device, it’s simply not worth the cost effort of the iFi as the Bluetooth implementation won’t get enough from it. If you do have the means to send a higher quality stream though and you feel you will be doing enough listening to make it worthwhile this is still the best of its kind and is now that little bit better - certainly not worth trading an original in for but worth the price increase. The Zen Blue v2 is still specialised but remains an indisputable Best Buy.