If You Are The One Movie Review 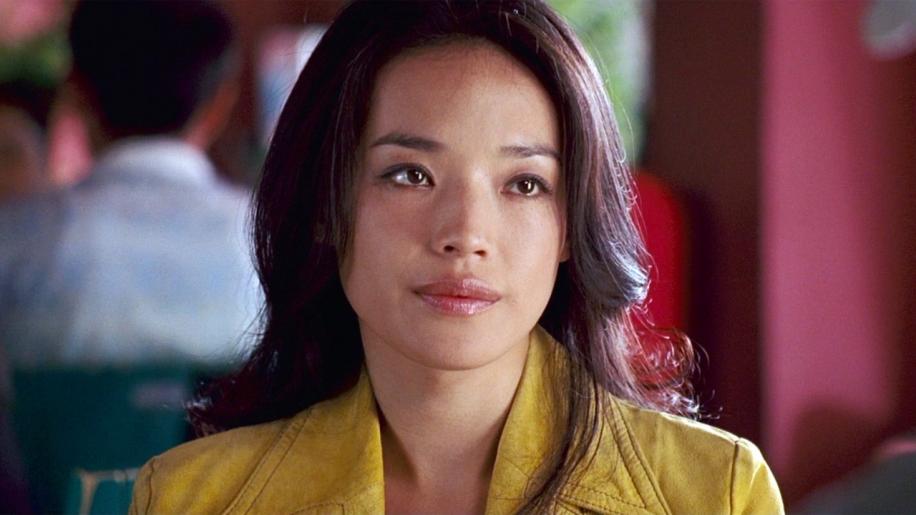 'If You Are The One' was released in 2008 by Chinese director Xiaogang Feng, who also penned the script. Feng's back catalogue includes some highly popular Asian cinema releases such as 'A World Without Thieves', 'Big Shots Wedding' (which starred Donald Sutherland), 'Assembly' (which received six nominations at the Golden Horse Awards) and 'The 'Banquet'. Continuing his string of hits, Feng's latest effort is an all out romantic comedy, which is a slightly different genre than his previous releases. 'If You are the One' was the first movie to take over one billion Yuan at the box-office and received two Asian Film award nominations for Best Actor and Best Director.

Feng once again utilises the acting skills of You Ge who plays the main protagonist in this movie, Qin Fen. You Ge, having previously starred in 'A World Without Thieves', 'The Banquet' and 'Cell Phone', is almost Feng's mascot at this stage in his career. Joining Ge is Qi Shu ('Soeul Raiders'), who plays Xiaoxiao Liang (“Smiley”). Qi Shu might be more familiar to Western cinema fans as Lai from 'The Transporter'. Also on board is Alex Fong who plays Smiley's secret lover and a whole host of additional “extras” who play possible suitors to Qin.

Qin is a forty-something slacker who has not achieved much in his life. Soft, weak willed and with questionable morals, Qin doesn't really have much to offer the opposite sex in the way of attractive qualities. An entrepreneur and inventor, Qin gets his big break in the beginning of the movie following his development of the “Conflict Resolution Terminal 2008”, or “CRT2008” for short. This device, he explains to prospective investors, allows the immediate resolution of all conflicts via the age old game of “Paper/Rock/Scissors”. He sells this device to a wealthy businessman, making enough money to comfortably retire. With his financial situation no longer a concern Qin turns his focus towards finding himself a wife. Making a very honest post on a dating website to find a suitable mate, Qin doesn't pull any punches with regard to his own personality/appearance or why he is looking for a companion. He states that he's not young anymore, solidly middle class and seeks a healthy woman who is modern on the outside but traditional on the inside. He's not looking for intelligence or great beauty but rather someone to settle down with and potentially raise a family. If you don't meet these criteria, then you need not apply.

Qin begins his crusade to find his perfect match through a series of dates. He treats these meetings as practical opportunities to gain as much knowledge as possible about his potential suitors, while also answering all of their questions with open honesty. Qin meets with various candidates ranging from a cemetery plot saleswomen, a female clan member of a remotely located Chinese tribe, a woman with short term memory loss, a sexually inactive widower and a man! However, one candidate, a young, beautiful air hostess named Smiley (who has an open/honest personality), grabs Qin's attention. Although Smiley is not interested in a serious relationship the two end up going for a drink together and, lubricated by alcohol, share untold secrets.

It transpires that Smiley is involved with a married man (who will not leave his wife) and has been for several years. Tortured by her frustrating situation Smiley has been hitting the bottle in an effort to erase the memory of this estranged lover. This forbidden love has been secretly locked deep in Smiley's heart and the relief and pain is evident on her face as she finally shares this intimate detail with soneone (Qin). As the two part company in the pursuit of happiness, it seems that a connection has been established between these two strangers. As Qin continues his mission to find a wife their paths, influenced by the strange motions of fate, later cross once more. Smiley has rethought her situation and is willing to be Qin's girlfriend as long as he can accept the fact he will have to share her heart with another. Having unwillingly ended her relationship with the married man (as he could not commit to her despite his promises) she proclaims that she will fulfil all the duties expected of a girlfriend but, from time to time, will appear distant as she reminisces over the man who is now only a memory in her heart. Qin, delighted that such a beauty has agreed to be his partner, accepts. He ponders that seeing as how her heart will from time to time be with another man, the possibly exists (in the spirit of equality) that his body will, from time to time, be with another! Smiley puts an immediate end to these notions as the two begin the fledgling steps of a tentative and complex relationship based 100% on honesty.

Things do not go to plan when Qin and Smiley travel to Hokkaido (where Smiley and the married man first began their relationship) to reaffirm their status as partners. Smiley is also hoping to use the trip to exorcise the demons of her unrequited love at the place where they were borne. Smiley's heart, despite Qin's best efforts to win her over, cannot be wrenched from its previous owner and the blossoming romance between the two begins to wilt. Smiley, although very fond of Qin, does not truly love him and is torn between what she wants and what her heart will allow. Will the twisting and unpredictable motions of fate interwine the destiny of Qin/Smiley to make them whole? I'll leave that up to you to find out!


Both Ge and Qi Shu demonstrate their impressive acting capabilities in this movie with the emotionally complex characters which they play. Ge perfectly portrays the world weary, quick witted and deeply sarcastic Qin, who is infinitely tired of the socially “acceptable” behaviour which is forced upon him. Qi Shu is equally impressive as she skilfully demonstrates the torment of unrequited love as her heart his torn between what is right for her and what she wants. Both also demonstrate on screen chemistry as they play chess with each other's emotions. Feng treats the score material with the tenderness it requires, while also skilfully punctuating many of the scenes with a deeply sarcastic humour and touches of semi-black comedy. These instances of humour have the effect of alleviating the pain of Qin/Qi Shu's situation while also ensuring that the tone of movie remains as light hearted as possible. The script is both engaging and very well written (which is crucial in this conversation driven movie) and covers some deep philosophical topics, with word play which translates well to English. For example, Smiley states “Do you believe in love at first sight”, to which Qin replies: “I loved the first sight of you”! 'Red Cliff' cinematographer Lu Yue plays a major part in the presentation and gets ample opportunity to show off his skills, with beautiful framing of the scenery from the Japanese and Chinese locations which feature throughout. These are almost like transition shots which give the viewer a serene interlude from on screen proceedings. With beautiful colouring and depth these scenes are welcome eye candy which, while not adding much to the main story, add to the atmosphere and relaxed pace.

The various dates, in which Qin speaks with brutal honesty and poses some very personal questions to the ladies, provide ample opportunity for some chuckles with a few genuine laugh out loud moments. He treats any potential interest from his various suitors with scepticism, realising that if a woman is actually interested in him, they must also be harbouring their own issues. Qin's relationship with Smiley also has plenty of opportunities for moments of humour with Qin's visit to the “Four Season's Brothel” being a comedic highlight. Aside from the comedy factor, there are also plenty of tender and touching moments as the two struggling romantics are continually driven apart by Smiley's love for another. The scene where Smiley's married lover nobly entrusts Smiley's heart to Qin is especially poignant. However, with Qin's dry and sardonic wit constantly at the ready, there are always instances of humour in the majority of the scenes.


'If You Are The One' is, at base level, the story of true love, which operates independently of material factors such as social status, wealth or indeed good looks. Smiley doesn't know that Qin is a rich man and Qin doesn't use this fact to gain interest from the women whom he meets with (or indeed Smiley herself). These two star crossed lovers' fate seems to be intertwined as they slowly fall for each other. Honesty and an open heart are the only factors which are required to make a relationship work, once you find the correct person, and this fact is beautifully illustrated in this movie. The only aspect of the movie which didn't really seem to “work” was the offbeat and anticlimactic ending. It almost seems as though Feng either lost the run of himself or ran out steam, choosing an obscure tangent to close this otherwise charming and engaging movie. If you're looking for an alternative to the ho-hum “rom-coms” which are mainstays in Western cinema, then 'If You Are The One' comes recommended.