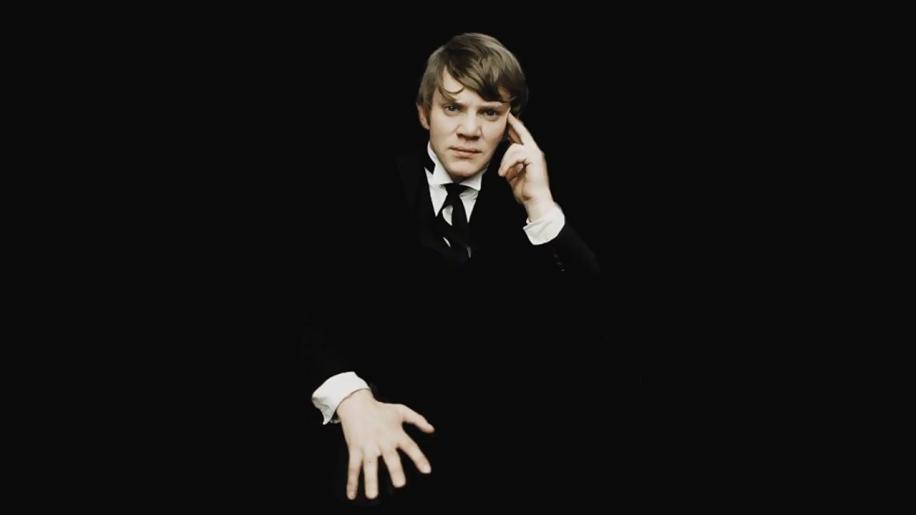 One of the wonderful things about Blu-ray is that it is bringing a whole range of important movies to the attention of the younger generation that they might otherwise overlook. There are many gems just waiting to be discovered that bring great riches – and it’s interesting to note that issues that were very much in the public mind back in the 1960’s are no less prominent now.

Take Lindsay Anderson’s ‘If....’ for instance – now out on American Region A locked Blu-ray courtesy of The Criterion Collection. When it was released, back in 1968, it divided the critics due to its anarchic nature. Naturally, those with a vested interest in the status quo saw it as a bad thing, while the free thinkers and those who saw something wrong with the world considered it a breath of fresh air. I fell into the latter category as I was still at school, an angry young man who wanted to wake my elders from their complacency and change the world for the better. It’s amazing how black-and-white things seem when you are in your teens, a time when experience hasn’t yet opened your eyes to all the shades of grey in between.

Set in an English Public School, ‘If....’ tells the tale of young rebel Mick Travis (Malcolm McDowell) who sets out to be different from the rest of the pupils and his ‘attitude’ brings him to the attention of the Prefects for a sound beating. This causes the underlying rebellion to bubble to the surface with horrific consequences – or does it? Such is the style of ‘If....’ that it mixes apparent reality with dream or fantasy sequences as well as colour with monochrome photography, so that the audience is never actually sure if something happened or not. Some people might just dismiss it as plain weird, while others will seek to discover a hidden meaning. One thing is for certain, it makes the audience think.

Lindsay Anderson had been directing films with a message for some time, before and after ‘If....’ His work includes several successful documentaries as well as features like ‘This Sporting Life’, ‘Oh, Lucky Man!’ and ‘Britannia Hospital’ – all of which are memorable and have their own cult following as well as something to say. He put together his own ‘repertory company’ of faces that popped up in his movies. ‘If....’ not only features Malcolm McDowell but also David Wood, Peter Jeffrey, Anthony Nicholls, Arthur Lowe, Mona Washbourne and Graham Crowden – a great British cast for any movie. If you look carefully you’ll spot a very young Robin Askwith in a minor role, prior to his starring ‘part’ in the ‘Confessions of...’ series of low budget British adult comedies of the 1970’s.

The film contained a lot of things that unsettled the ‘establishment’ including under age drinking and smoking, homosexuality, violence, nudity – oh, and let’s not forget motorbike theft. It also portrayed the system in a not too favourable light. Around about the time of its release, there were riots in Paris – making the violent finale worrying for those in power, in case it might trigger more widespread reaction. Flash forward to 2011 and the film makes its Blu-ray debut hot on the heels of looting and rioting in England (though not in Scotland as it was raining at the time). Perhaps the message of desire for change is as true now as it was then – or maybe people just fancied a new telly for free.

Memory is a funny thing, as I seem to recall the film having more humour but maybe it just seemed funny to a more juvenile mind – or perhaps back then I didn’t realise how close to reality it was. I also didn’t recall the monochrome sequences in the movie as I probably saw it for the first time on a black-and-white TV. There are many explanations of the monochrome footage. Producer Michael Medwin claims it to have been due to budget restrictions not allowing for enough lighting for colour work in the Chapel sequence, while others want it to be for reasons of great art. One suspects a mixture of the two, after the first lot of rushes were viewed – a light bulb may have been switched on in the director’s mind.

The film itself may have been considered almost sacrilegious by some. After all, here was a British film carrying out a full frontal assault on the Public School system that not only provided the country with its Prime Ministers, Judges and dignitaries but also helped fill up foreign jails into the bargain. The use of the school as a microcosm for the whole country may perhaps just have been a bit too unpalatable for some. To a young, impressionable audience the film had great appeal. What schoolboy would not have liked to take a potshot at a sadistic Maths teacher while on a field day? After Mick Travis claims, “One man can change the world with a bullet in the right place.” we see him load a live round into his Lee Enfield .303 rifle and shoot the school Chaplain between the eyes. In the following scene in the Headmaster’s office, he is invited to apologise to the Chaplain as a large mortuary style drawer is opened. The Chaplain sits up, shakes his hand, lies back down and the drawer is closed. Huh? Up to that point, you think it happened. Now you’re not so sure.

The film puts the audience off balance on several occasions. The sequence in the Cafe when Mick & Johnny arrive after stealing a motorbike does so as it switches to black-and-white. The following animalistic nude scene between Mick and the girl has the look of a 60’s European art house film, but the confusing thing is that it all seems part of the narrative. Did it happen or not?

The final scenes of mayhem take the audience by surprise. In many ways, Lindsay Anderson could be said to have out-Kubricked Kubrick with ‘If....’ The film is unsettling, uncomfortable, funny, shocking.... yet you can’t help thinking - what if...?