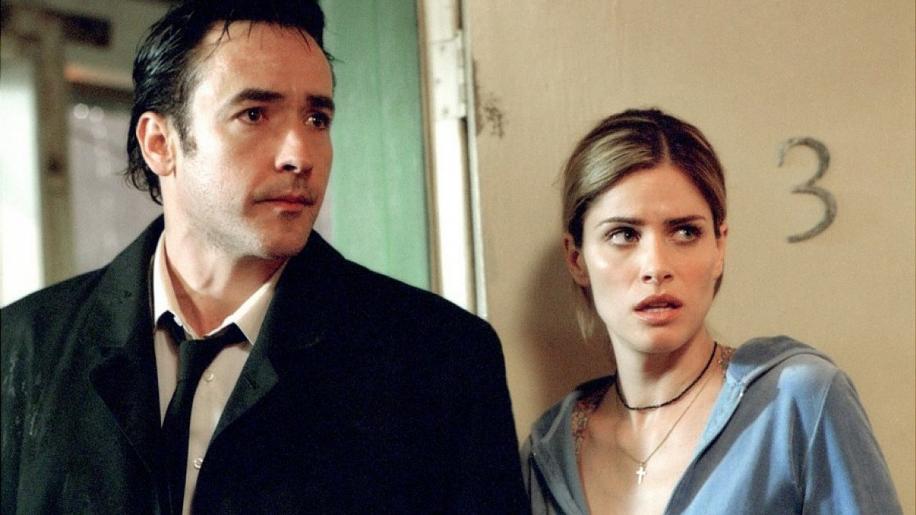 It is said that all stories can be broken down into one of seven different variations. Whether or not I agree with this statement, I do see how - with every year seeing another thousand movies get made - it is getting harder and harder to come up with a truly original production. Often, the best we can hope for is a movie that will push the boundaries, or at least bring something new to an already heavily populated genre, but occasionally we get something very different indeed - something that almost deserves a whole category to itself. Recently Joe Carnahan's Smokin' Aces tried desperately to be novel - but actually became a disjointed mis-match of styles in the process, but Chris Nolan's Memento actually succeeded in being quite original, as did Cameron Crowe's Vanilla Sky. Despite not liking all of his work, Shyamalan's The Village was pretty unusual and the ever-reliable David Fincher has pulled off some magnificent efforts - not least his tour de force, Fight Club. Four years ago, the man who directed Copland and would go on to direct Walk the Line took the screenplay of an expert in psychological disorders and created Identity, which mixes serial-killer horror with psychological thriller and rounds it all off with an ensemble cast. Did his master-plan succeed?

In the Nevada desert, a thunderstorm breaks out, flooding the roads and leaving a disparate group of individuals stranded at a cheap motel. Several of them have come together following a car accident, which sees one of the individuals fighting for their life, but the storm is preventing anybody from leaving - or from getting help. Aside from the injured party, there are other problems that the group face as - one by one - they find themselves at the hands of a killer. But it could only be one of them, which one? The answer lies in the mind of a serial killer on death row, who is brought before a counsel on the eve of his execution to reveal the truth behind the events at the motel, hoping that the story he has to tell will buy him a stay of execution.

Identity kicks off with a stylish montage of back-to-back quick edits, which tell - cunningly, in reverse - the events that conspired to bring this bunch together. It is cleverly done, feeding you the pieces to put together in a way that does not patronise, but also does not over-complicate matters. It is satisfyingly clever without making your head hurt. As the dynamic shifts to focus on the murders, the movie takes a turn towards horror, with plenty of twists along the way that will leave most viewers pointing the finger at a different person every few minutes. The plot - if you're not paying complete attention - can leave you guessing almost until the final act, and it is only there that things get a tiny bit anticlimactic (the end twist is slightly unsatisfactory), although it does not detract too much from the solid thrills that have come before.

Of course, twists and plot complexities aside, the movie relies a great deal on its ensemble cast. Many of the players are not necessarily a-list stars (or have fallen out of favour in Hollywood) but you'll probably recognise most, if not all of them. First up we get John Cusack's ex-cop limo driver, arguably the closest thing you get to a hero in this fable. Cusack hit his peak with Grosse Point Blank, and I'm hoping that the upcoming War Inc. will give him a similarly quirky character to bring to life. Here his weary limo driver gets pulled into the motel horror through a terrible accident, and right from the outset he appears to be the only level-headed member of the pack, unlike his passenger, a retired 'adult' movie star, played by Rebecca DeMornay. DeMornay never really managed to fully break free of the stereotype created by her memorable portrayal of the high-class escort in Cruise's Risky Business, the only time coming close to bringing a new role to life being in The Hand that Rocks the Cradle. Here she plays just about the most shallow character, the porn star who thinks she's the Queen - obnoxious, irresponsible and almost certainly the first person you would choose to strangle out of the whole group. On the road, they encounter a family - the father of which is played by Scrubs' John C. McGinley who, here, is only slightly more neurotic than he normally is in his roles.

Also stranded there is Amanda Peet's hooker, who appears to be desperate to get out of the game. Aside from The Whole Nine Yards (and its disappointing sequel), and some similar bit-part roles, Peet has done little worth noting, but she manages to be both strong and sassy here. Then there's Ray Liotta's cop, who is transporting Jake Busey's (yes, that's Gary Busey's son - can't you tell?) convict at the time of the storm. Liotta is one of those truly underrated actors who, since his quality turn opposite DeNiro in Scorsese's seminal Goodfellas, appears to have spent a decade underground. It was not until 2002's Narc that he started getting decent parts again (the exception being perhaps Copland, although the cast were paid very little for their contributions to that indie production) and here he's quite solid as the tough cop, who appears to have his own secrets to hide. Rounding out the cast we have the reliable Alfred 'Doc Ock' Molina, playing the psychologist who hopes to get the truth out of Pruitt Taylor Vince's killer before they execute him.

Identity manages to adeptly straddle multiple genres, resulting in a movie that will satisfy quite a wide audience due to its melting pot of concepts, but will conversely never really reach the amazing heights of the likes of Fight Club and The Village in terms of breathtaking originality, nor stand out as noteworthy in any one particular genre. It works adequately as both a psychological thriller and a reasonably effective horror, and the numerous, diverse and well-portrayed characters at the centre of the drama give it a nice, rich feel. Not everybody will be satisfied by the ending, but few will fail to see that this is quite a clever little movie and will likely keep your brain steadily engaged over its runtime.