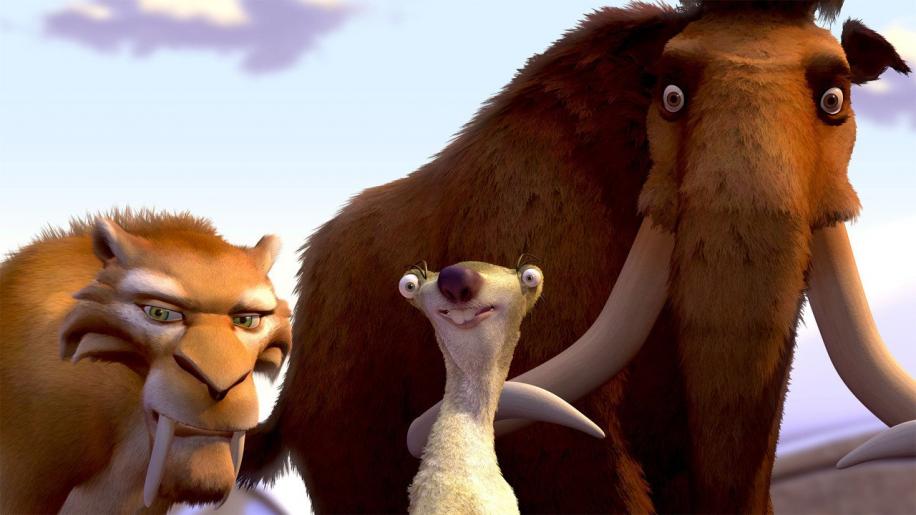 We live in interesting animated times. There has been a quantum shift in the last decade, and it is considered quaint and old fashioned when we do get to see some decent hand drawn animation in a film like Enchanted (2007). I am a traditionalist, I don't mind admitting it. I don't like computer animation, and I feel that emotionally it fails to grab the audience the way good old fashioned drawing did.

Of course, in pre-CG days animation began and ended with one studio. Disney. The occasional rival tried to break out of the Mighty Mouse's shadow, but however good these efforts were they never quite achieved the mass market penetration of the house that Walt built. These days, of course, it is Pixar that rules the roost. Every film they release is pretty much guaranteed to be a behemoth - attracting both box office, and critical success in equal measures. There have been some attempts to break the monopoly, and some have been successful - the Shrek franchise springs to mind. But that apart there has only really been one other successful CG animated franchise.

And that franchise began here with the first film in the Ice Age series. Having missed this up to now, and only seen the Scrat trailers (you know the ones, the little squirrel-type animal endlessly chasing acorns). Granted, these really did make me laugh, but I couldn't possibly see the potential for a whole film inside them. So I had given them a miss.

Eventually, though, a Blu ray copy of the film turned up for review, so I borrowed the niece and nephew and sat down to watch it with them. They had both seen it before, but were amazingly keen to watch it again. And it soon became very clear why.

For Ice Age is an absolute joy from start to finish. The plot concerns three animals : Manfred the Mammal (Ray Romano), Sid the Sloth (John Leguizamo) and Diego the Sabre Toothed Tiger (Denis Leary). The three unlikely protagonists come across a baby that has become separated from her family, and they try and find her family so they can reunite her with them.

This is, of course, a very hackneyed plot. It is also very simplistic - however the makers recognise that in order to appeal equally to children and adults, they need to flesh this plot out with a great deal of emotion and comedy. And this they certainly do. Even though the film is only 81 minutes long, the story manages to pack a great deal into this slight frame.

There are, for example, some extremely moving scenes. Without spoilering too much, the circumstances of the finding of the baby is extremely well done, and a perfect example of how the film pitches itself just right. Adults will realise the full significance of the scene, and exactly what has happened - and they will find it surprisingly moving. Children will not realise everything that has happened and will just see a cute baby that needs the animal's help. It is a beautifully judged scene that is framed perfectly, and is a great example of how the filmmakers have thought so carefully about every aspect of this production.

This is not just an isolated scene though - the film shows this lightness of touch all the way through. Events such as climate change and extinction are dealt with in subtle ways - going right over children's head whilst injecting proceedings with some beautifully judged humorous scenes that will keep the little 'uns interested. American Football is referenced in a delightful scene, there is a quite wonderful chase scene through ice tunnels, and a very moving “death” scene at the end too. As the animals progress on their adventures, so their characters develop.


So, the film is a beautifully judged exercise then, but it is sometimes forgotten that an animation is made by the vocal performances of its leads. All the main actors are totally on form here, and there is no sense of any one actor showboating in order to attempt to steal the limelight. There is a real sense that they are performing together rather than recording their parts separately, and this leads to the sparky dialogue being passed between them with relish.


The quality of the animation, too, is spot on all the way through. As already mentioned, I am not a fan of computer generated animation but the animators certainly go a long way towards creating characters than you genuinely care about rather than just figures of fun. The detail and quality of the animation throughout is up there with the best of the genre at the time (although it has, of course, been superseded by later efforts), with fine details and a great sense of depth.


Overall, then, Ice Age has everything. A good story, great voice acting, quality animation, and the complete package will have no problem in keeping the attention of all age groups. This film is a real winner.