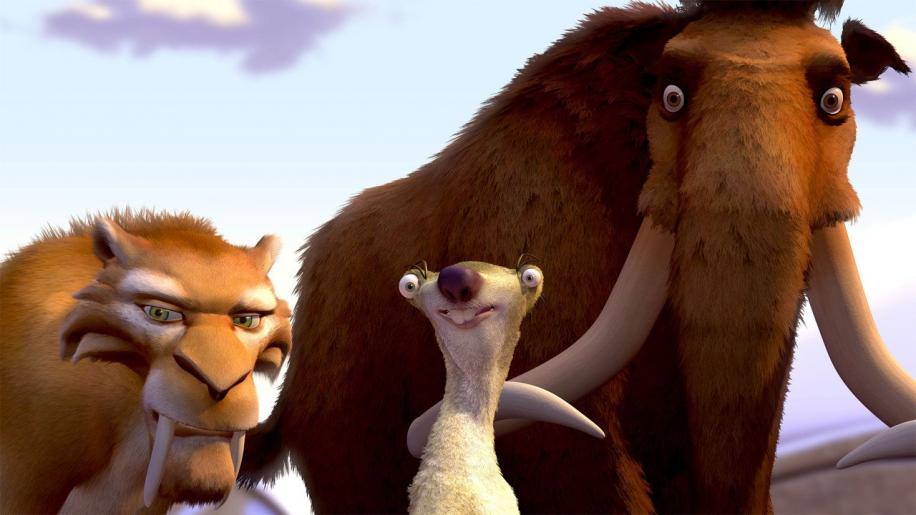 Fox have presented a theatrically correct 1.85:1 ratio anamorphically enhanced for widescreen TVs picture with an average bit rate between 4-5Mbps. The transfer is quite stunning, rich and vibrant colours, deep and moody blacks with no trace of contrast boosting of colour bleed. Detail levels are sharp and precise with (obviously) no original print damage. Digital compression problems are completely absent as well, with no trace of edge enhancement either. Computer generated films really lend themselves to the DVD format and look their absolute best through digital projection, though widescreen TVs are a very close second. I cannot fault this transfer and the only reason it doesn't get top marks is due to the low bit rate; had it a superbit average the picture would be that much fuller and absolutely pristine. In comparison to the original release, the extreme edition might just have the edge is sharpness, but is so close as to be imperceptible. The disc has both Dolby digital 5.1 surround and, for the first time, a DTS surround track. Both tracks have terrific separation, through all the speakers, giving some really great surround effects, especially in the ice tunnel scene. The rears are uses extensively through out the run time providing ambient sounds and effects that really pull the viewer into the centre of the 'action'. Yet so subtle is the volume at times it fills the audio without drawing attention to the back, just as a surround track should sound. Both tracks are clear, hiss free and have no distortion. The DTS just pips the Dolby track though due to its heavier bass and fuller, richer sound. However it was close, simply because the original Dolby track was so good to begin with. The main extra to this new two disc set, and reason for the disc title, is the Extreme Cool Edition found as the first item on the second disc. It has taken the common trait of the trivia text commentary to the 'extreme' by adding to it specially shot video sections that run concurrently with the main feature. The screen grab shows the positioning of the feature, an example of the typical text trivia and position where the videos show. The videos contain talks from actors, directors, creators, animators and scientists providing information about various aspects of the film, filming process and real life historical and palaeo-environmental events. There is a wealth of information given in this way, almost too much, and it does beg for a second viewing, so thankfully, you can view the videos in their entirety separately without the feature running.There are six new featurettes, five of which have a run times of less than two minutes, the first though 'behind the scene' runs for a more respectable thirteen or so minutes and contains interviews with main cast and crew. It is quite entertaining even if it is a bit light on technical information.

The two games to me, at least, look like filler material, and are so simple that even the youngest child that has a grasp of the remote will be bored by it.

The original short by Blue Sky entitled 'Bunny' is also included, in a similar vein to Pixar with Junior and Tin Toy, Bunny shows real talent and a gift for animation. It is no wonder that these guys managed to get a feature film deal. Also has an introduction by the director.

Finally, though you get this when you first boot up the film disc, there is a six minute preview for Robots, Blue Sky's latest film, out very soon, but I'm not as cynical as to suggest that this entire package was released to promote this new release, oh damn I just did.

Other extras already seen on the original release; a director's commentary, witch is very informative, witty and worth a listen, though some of the information given is repeated in the Extreme Cool showing. Nice touch, the directors commentary is subtitled, so you can treat it as a trivia track if you wanted...; six deleted scenes that can be viewed with or without the directors commentary; an animated short with Scrat; trailers; and finally multi-angle sequences. There is no doubting Ice Age's appeal to both kids and adults alike. It is touching, dramatic and funny, even Sid the sloth doesn't grate as some such characters might. As a DVD package there is much to recommend with all the new extras and the extreme cool version, but I guess the real question is, is it worth spending out to replace the old disc? You know, I think it is, the DTS sound gives a new feeling to the audio, and there is enough new stuff to keep seasoned viewers happy, and the original disc has been out now for two and a half years, this is the way to give it a make over, can't say Fox are cashing in.