I Spit on Your Grave Movie Review 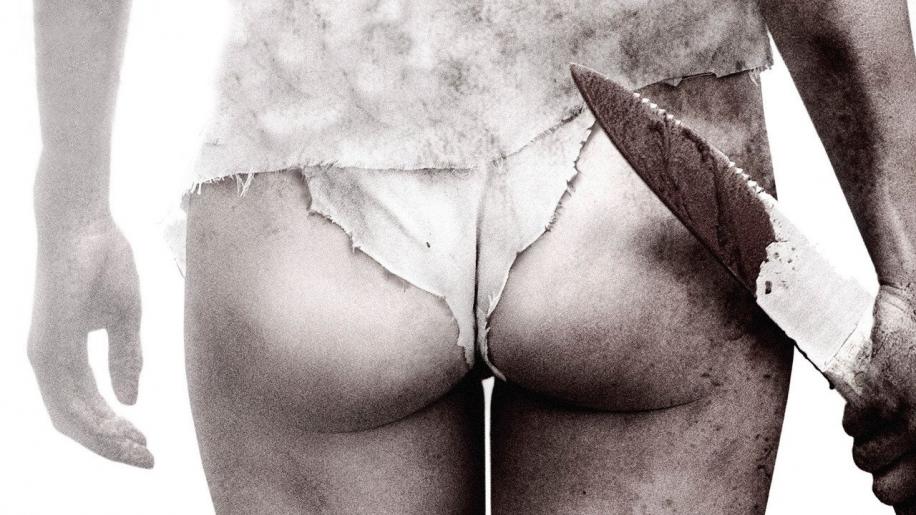 Most readers know just what my position is when it comes to remakes. Departed? Let Me In? Sorry, just go watch the originals – Infernal Affairs and Let the Right One In – and pretend Hollywood didn’t get their greedy hands on these superior works. But it’s not as simple as that. There are remakes that do work. In my opinion, the general rule is still that it is not a good idea; that it is an option inspired out of money and not sense, and that the end results are – more often than not – totally unnecessary. But does this rule apply with modern remakes of older films as much as it does with modern remakes of modern foreign films? I personally think that I have a bigger problem with Hollywood churning out English-language replicas of foreign fares, just because they are worried about audiences having to read subtitles (are we trying to say Americans can’t read?), than I do with America remaking its own films two or three decades after the original.

It helps of course that often the films that are chosen for remake were not all that well known in the first place: I wonder how many of those who went to see the Mel Gibson thriller Payback had already seen the original Lee Marvin film, Point Blank, and I bet that very few audience members even knew that the excellent Denzel Washington film Man of Fire was actually a remake of a 70s Scott Glenn thriller (both based on the book by the same name). Furthermore, given not only the length of time that has passed, but also the inherent production limitations at the time, it seems somehow more excusable to revisit some of these kinds of films, which, at best, are cult classics. The end result? Well, I thought that Payback was excellent, in its original or directors cut; and Man on Fire remains the best Denzel Washington/Tony Scott thriller to date, and a powerful, standout revenge movie; comparatively Point Blank feels like an entirely different animal – though equally watchable, where Scott Glenn’s cheapish Man on Fire is a bit of a mess of a film, which has few redeeming, lasting qualities (hence why it’s largely been forgotten).

Relatively recently we’ve seen a resurgence in horror remakes in particular – from the Texas Chainsaw Massacre films to The Hills Have Eyes – and this poses an even more interesting conundrum, because the original movies in both these cases really were made on a shoestring budget. Surely a modern, medium-budget production would look far better, and thus be far more convincing on the horror front? Notably horror maestro Wes Craven’s debut directorial effort, The Last House on the Left, was an extremely cheap affair; apparently it was originally green-lit and cast as a hard-core porn movie, complete with limited script and adult actors (who aren’t renowned for their acting skills), and it was later decided to make it into a straight horror. How hard could it be for a modern production to improve on these appalling low standards? Well, unfortunately anybody who has seen the 2009 Last House on the Left will know the answer to that. However, arguably both films are actually remakes – of the Ingmar Bergman classic The Virgin Springs – so perhaps this exception does not even fit the rule. For me, if you take an almost unheard-of thirty-plus year-old film, and pitch it in a modern setting with a semi-decent cast and a capable director, and you have a much greater chance of producing a movie which will not only go down well with audiences, but actually gain the respect of critics and fans who loved the original. It’s certainly far better than remaking modern foreign films, just because they’re foreign.

Jennifer Hills is a young novelist who decides to take a trip down south to a deserted cabin in the woods where she hopes to complete her second book. After a minor incident at a gas station, where she inadvertently embarrasses the alpha male out of a group of mechanics, the creepy, amoral locals take an immediate disliking to her, and decide to take a trip out to ‘welcome’ her to the neighbourhood. Taking turns to assault and rape her, she’s left for dead. But as the weeks go by, the group come to realise that the heinous and terrible act that they committed may just come back to haunt them.

Anybody who has endured the original 1978 video nasty, I Spit on your Grave (aka Day of the Woman), which I reviewed recently here, should know exactly what to expect story-wise with this remake. This is a polished-up retelling of the same events, with a considerably better budget, stylish camerawork, a relatively modern setting, and new, more professional cast. The dialogue has been improved, the performances are – at least in terms of the rapists – universally better, and the horrific violence is much more realistic.

The trouble is that the movie has no heart, and no emotional core, and just never has you relating to – or rooting for – the protagonist. Sure, it shows you a bunch of vile, despicable inbred animals, all of whom totally and utterly deserved to be ripped from this world and planted firmly into hell; but it somehow distances itself from the protagonist, leaving you cold when she finally takes her justified revenge.

Sarah Butler’s Jennifer Hills is also a character borne out of the post-Saw generation of sadistic avenging angels and, as a viewer, you never feel that this is the path of a violated innocent victim, but instead the route of some vengeful hellspawn, who has turned into the anti-villain from Saw just to get her less-than-sweet revenge. Where the original movie showed us another side to the once-victim – there with Camille Keaton’s Jennifer using the weaknesses of her assailants to get back at them, seducing and dispatching them like some black widow predator – here Sarah Butler’s rise from being dead is all-but supernatural, seeing her Jennifer coldly trap each one of her attackers, and then set them up in somewhat elaborate torture devices so that their death can be a most painful one. Seriously, this movie sits squarely in the torture-porn genre, following on from Saw – and Hostel – only with an angry, wronged woman in the lead.

The rape itself has been massively (comparatively) abbreviated, and, combined with the protracted, over-the-top torture-horror final act, I think that this seriously throws off the balance of the narrative. By somewhat stifling the true horror of what Jennifer endures (or showing it off-screen), and instead amping-up and revelling in the thoroughly improbable acts of torturous vengeance, the filmmakers have created an uneasy weighting to the piece. Gone is the feeling of justice from the controversial 1978 film, showing how this abused, broken woman can put herself back together and fight back using strength – and cunning – and, instead, we’re left with just the distinct and desire for this remake to... well, just end. It’s a vapid film, which has more in common with its torture porn ilk, or with the recent remake of The Last House on the Left, than with the original cult classic – taking the same steps, but in a much more careless and heartless fashion. And the end result is that you feel pretty empty inside. Jennifer may have found and gutted all of the rapists, like the pigs they are, but it feels like she destroyed herself doing it; like you are watching a zombie, back from the dead, slaughtering all those that made her that way, in increasingly improbable, and unnecessarily elaborate ways. If there was ever a true justification for the way in which the director of the original movie portrayed the admittedly protracted rape, it’s here, in the remake, where the bias towards the scenes of revenge subsequently shifts the focus from what is done to Jennifer, to what she does to others, to such an extent that it ends up shifting our allegiances as well. By not getting us on-side with the victim, you leave us out in the cold when it comes to her revenge, and you get the feeling that there would be just as much satisfaction in seeing these rapists get executed with a bullet to the head, as being eviscerated slowly.

As an exercise in making pure, medium budget torture porn, the 2010 remake of I Spit on your Grave is a competent production that is likely to engage any devout genre fans. But if you like a little more substance to your drama, a protagonist you can root for, and some satisfactory acts of vengeance that don’t require the lead character to devolve into a demonically-possessed evil MacGuyver, then you should look elsewhere – like towards the original movie. This is an unnecessary remake, and, clearly, the controversial 1978 video nasty should never have been chosen for such treatment as – to this day – it still endures as a harrowing and punishing journey, but one which, strangely, still has an emotional core, and a solid lead to root for, and empathise with. 2010’s I Spit on your Grave lacks this essential ingredient, and without it makes for a most unpleasant, unsatisfying watch.