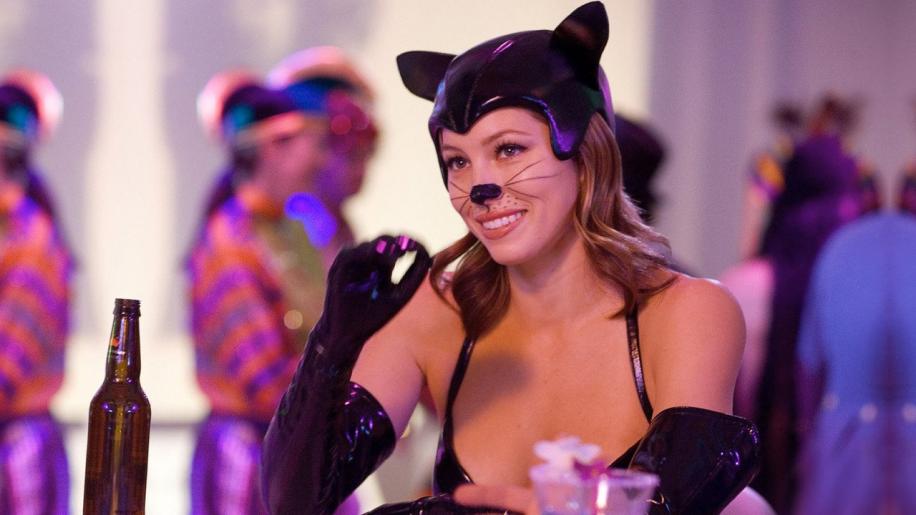 Adam Sandler is one of our generation's greatest comedy actors. Making the transition from stand-up to Big Screen, many of his early efforts centred on an 'angry man' persona that he soon became stereotyped for. He was hilarious, with his biting wit and short temper, all sustained within largely likeable characters, giving us classics like Happy Gilmore. But in spite of fun films like Mr Deeds and Big Daddy, as well as popular romantic comedies like The Wedding Singer and 50 First Dates, Sandler was not afraid to try and step out of the mould and give us something different. Punch Drunk Love, Spanglish and Reign Over Me, respectively, proved, cemented, and then expanded on his abilities in serious, dramatic roles.


Sandler was capable of being so much more than your average modern age comedy actor. That's not to say that he did not still occasionally misjudge the merits of a production and, ultimately, disappoint: The Longest Yard felt like a comedy that we were forced to take seriously and Click was a promising comedy which became far too serious. Thankfully he redeemed himself with the hilarious character-piece You Don't Mess with the Zohan and has me eagerly anticipating his upcoming Judd Apatow/Seth Rogan flick Funny People. But he made one other popular film in the interim, I Now Pronounce you Chuck and Larry, about which I heard mixed reviews.


Chuck and Larry are Brooklyn Firemen. Larry is a widower of 2 years, with two young kids to take care of, but when his insurance company make it difficult for him to change his benefits to go to his children, he is forced to take drastic action. He has to find somebody trustworthy, someone who will take care of his children should he die and ensure they get the insurance money. And who better to choose than Chuck, his best friend and fireman partner?


Unfortunately Chuck is an animal, a self-proclaimed 'whore' of a womaniser, often followed around by - literally - half a dozen scantily dressed girls. He sleeps with any female with a heartbeat. Gay, he is not. After Larry saves his life, however, he owes him and agrees to do anything to repay the debt, including fake a marriage and pretend to be a happy couple together. But when they assign an investigator to check into whether or not they are committing fraud, Chuck and Larry have to go to even more extreme lengths to prove their love for one another.


Homosexuality is difficult turf in a comedy - retaining boundary-pushing humour whilst still avoiding insults and inherently homophobic comments. Then again Sandler perfectly manoeuvred the dangerous territory of “terrorist racism” with Zohan, so why couldn't he do it here? Chuck and Larry is, for the most part, quite amusing - poking fun at homophobic clichés and insults, and challenging the overreaction (and reactions in general) of many heterosexuals. All the usual clichés are mocked - most notably the 'dropping the soap' joke - and much of it is extremely funny. But where Zohan was largely likeable, Chuck is - frankly - quite a weasel. His flagrant misogyny often goes too far - sure it is designed to show that his character is overtly 'red-blooded' but it really is a bit too much and he often ends up being just difficult to like.


Larry, on the other hand, is much nicer but the surreally camp twist for him is that by the end of the movie he is behaving in a ridiculous fashion like a truly jealous partner. Similarly, the way in which some of the other previously tough characters suddenly out themselves, and become massively camp, comes across as a bit condescending. Revealing the fact that you are gay does not necessarily switch on some massive 'camp' button in your brain and turn you into one of the Pet Shop Boys, and it seems a little naive - and insulting in and of itself - to present it this way. But what would I know, perhaps nobody was offended by it, I just found it occasionally a little too desperate to prove to audiences that it was a 'fashionably' pro-gay flick.


Adam Sandler also seems a little tired, adopting a Brooklyn-biased New York accent and hitting on anything with breasts. He normally acts like this, even in his superb Happy Gilmore, but not quite to this extent. Here he is just annoying and even if some of the inappropriate (pro/anti-) gay antics do not alienate audience members, then his treatment of women will certainly put off some female members of the audience (persuading twins to kiss each other 'better' after he sleeps with the wrong one, getting half a dozen half-naked girls who pile out of his bedroom to bend over to the get the beer right at the bottom of the fridge and convincing a lady who thinks he is gay to allow him to grab her breasts to check out how real they are). Really, there is little to like about his character in this movie and most of the jokes on offer are incidental rather than as a direct result of his behaviour.


Much of the reason why Sandler plays such an ass is because he normally goes solo in his comedies, and here his 'good half' is played by another comedian - Kevin James. I've never been a huge fan of The King of Queens, or anything James' has brought to the Big Screen (mostly cameos) but he is starts off ok here, a struggling father (his wife's been dead for two years, is he really still unable to make a meal better than mashed up burgers in spaghetti with microwaved sauce poured on top?) who is desperate to do the right thing by his kids, he certainly gets the audience on side with his desperate plight. But his far-fetched plan to fake having a gay partner seems pretty unbelievable and, thus, stupid.


The cast is rounded out by a few significant supporting offerings as well as countless regulars from other Sandler productions. Jessica Biel's 'assets' get plenty of coverage, she gets dressed up as Catwoman, a bunny girl (yes, that is her in the shot from behind) and has to strip to her knickers after getting soaked in the rain. She's a gorgeous chica so, really, who can complain? She also seems vaguely convincing as the lawyer totally enamoured by her new 'gay best friend' and torn when she realises the full extent of her feelings for him, but still her behaviour often lapses into caricature, again largely as a fault of the writing. Dan Akroyd is totally underused as the Fire Chief, especially when you consider that his are some of the best lines. Ving Rhames totally embarrasses himself, acting so over-the-top in his closet gay 'axe-murdering' firefighter that you can't help feel the performance is more of an insult than an amusement. Steve Buscemi is usually funnier than this too, playing it fairly straight (in a camp kind of way) as the investigator after the truth, and he just happens to be one of those familiar Sandler-film faces who pops up in many of the movies, also including Rob Schneider, hilarious (but also dangerously close to being insulting) in his role as a Fu-Manchu-style exaggerated Chinese Vegas wedding priest.


The biggest problem that I had with this movie was the story, actually. How could Chuck and Larry think that their actions would work? Surely their fraudulent actions here would jeopardise the future of Larry's children more than had he merely seen a lawyer and assigned his insurance to trust for them? It seems evident that there is no way that this can work out well for any of them, and when that sinks in you lose a little interest in what happens. The finally twist is so contrived it totally alienates the audience from a film already barely sustained by a few funny gags.

Oddly, this is an almost exact remake of the Australian film Strange Bedfellows - where the two protagonists, also firemen - managed to pull off their pretence. The fact that the threat of an R-rating caused the filmmakers of Chuck and Larry to change the ending of the movie, drastically, has a fatal effect on the end result. It was difficult enough to see how this movie could have worked out well, and the 'alternate' ending they shot to appease the ratings commission (who were being ignorant themselves as the proposed ending was much better) only cements that fact and makes the whole escapade a farce.


When all is said and done, however, Chuck and Larry is still more enjoyable - and was more successful - than some of Sandler's other mediocre efforts, like Click and Bedtime Stories. It may not be classic Sandler, nor anything that particularly stretches his abilities beyond 'comedy-angry man', but it is better than those, or Longest Yard or even his first flawed work, Billy Madison. At least it has its moments, and some are even laugh-out-loud. If you're a fan, it is worth checking out.