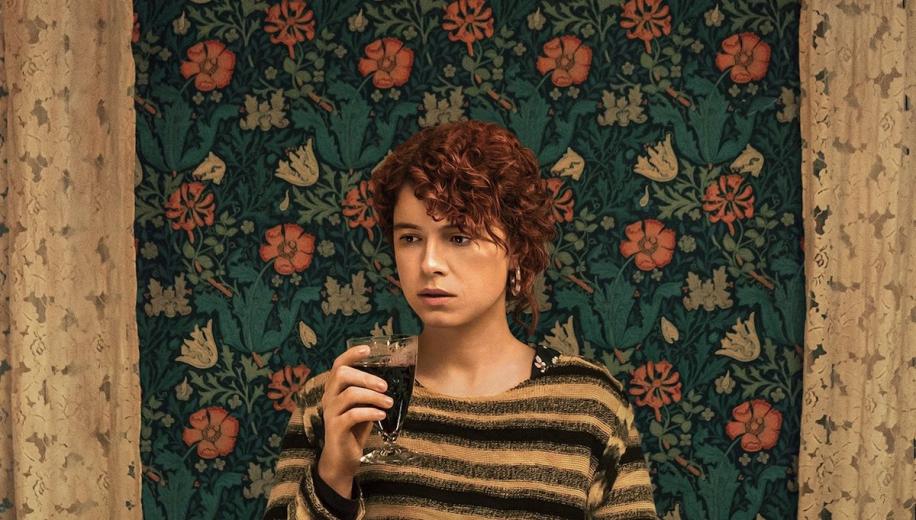 Charlie Kaufman makes films about one key subject: identity. How is an identity built? Is it the sum of your own experiences? Is it the way you appear to others and your impact on their life? Is it your achievements, your failings or both? Or neither? In Being John Malkovich the characters toyed with an escape from their identity. In Adaptation Kaufman struggles with a jealousy of himself in the form of his fictional twin brother – the Kaufman that critics imagine him to be. In the fractal storytelling of Synecdoche New York Phillip Seymour Hoffman portrays a man obsessed with the artifice of identity, which he sees as inseparable from acting. As I started watching I’m Thinking of Ending Things, I was expecting to see Kaufman tapping another rich seam in the same creative mine. What I got was one of the most personal experiences I’ve ever had with a film.

Lucy sits in a car with her boyfriend Jake. Things are getting serious as he takes her home to see his mother and father on their farm in the countryside. But Lucy, seeing the temporality of relationships and their inevitable endings, one way or another, is looking for a way out. She’s thinking of ending things with Jake. But now is probably not the best time. As the evening progresses, she feels more and more uncomfortable around Jake’s parents. Items around the house take on an uncanny air. Conversations spiral back on themselves with different details, different outcomes, and it becomes clear to her, and us, that things are not what they seem.

Kaufman takes the film through discussions of literature, of film, of physics and of art. He asks that we go along with a Pinteresque family drama, a psychological thriller, a musical and a romantic comedy. He gives no quarter and that is both the thing that I admire most about this movie and arguably its greatest flaw. Like a greatest hits of daring choices, I’m Thinking of Ending Things takes the elements of his previous movies that were the most divisive, that require the biggest leaps of faith and adds them all together: the ballet sequence from Being John Malkovich, the fluidity of memory from The Eternal Sunshine, the surrealism of Synecdoche, the meta commentary on art of Adaptation. This sum is actually an exponentiation of figurative elements, and there isn’t a moment in his most recent work that doesn’t require you to guess, second guess, third guess, and then discard your assumptions entirely. Like I say, it’s a commendable aspiration. It’s also likely to be incredibly alienating to many.

...it really feels like [Kaufman] finally has an understanding of film-making as a holistic process

From the outset, everything in the production is very carefully engineered to guide you towards making some tentative deductions about who Lucy and Jake really are. Kaufman has really matured as a director and, where Synecdoche and Anomalisa tested the waters using tips from his old partners, Spike Jonze and Michel Gondry, here it really feels like he finally has an understanding of film-making as a holistic process. His careful attention to detail in all elements is clear and his use of colour, depth of focus, cinematography and sound are all working together to create this experience and every element, with the possible exception of his reliance on close quarters filming and the sort-of-unhelpful 4:3 aspect ratio, is a vital clue to deciphering the film. Admittedly some of those elements are, at times, simplistic but they are at least consistent and very effective. Kaufman is someone who has explored the writing process in great depth and now it finally feels like he has his hands firmly on the reins of directing too.

This is incredibly important to the success of the experience of the film as it doesn’t just deal with identities, but influences. It’s also a compassionate study of mortality, of ambition and of self-reflection. One of the few things I can comment on without straying into territory too revealing, is that within the film Kaufman nods to his own failings and grapples openly, sometimes humorously, with his film-making influences and it possibly strays into self-indulgence, a little. Luckily, the cast is more than skilled enough to bring the film back to more universally personal matters. It's a powerful combination of Jessie Buckley in a deftly fluid performance as Lucy, portraying her as semi-dissociative, self involved, a blending and contradiction of the personality traits of those around her, and Jesse Plemmons as Jake: ever affable, bumbling...okay, typecast, but pitch perfect in his stoicism which seems to burst its seams at the mention of family history, clearly grappling with a fear of early dementia and unfulfilled dreams. The pair are assisted by David Thewlis, always a joy, and a scene stealing Toni Colette as Jake's batty parents. Compelling and deceptively nuanced, each performance has its part to play in asking the question that is the preoccupation of the movie: what if this is all there is? Is it enough?

You’ll notice that I’m talking rather frustratingly in circumlocution. You’re probably getting a little annoyed. I genuinely apologise. It's hard to find a way talk about this film directly because the film is not direct. What it is is a true depiction of the experience of feeling alienated from yourself. From yourselves. Who you want to be, who you have been, who you think you could have been, what you assume other people think you are, who you believe you really are, who you don’t want to admit you are. For those things to all be in your head at the same time and for none of them to be ‘the truth’. Not just taken directly from Reid's source material but given a uniquely and immediately identifiable neurotic Kaufman spin.

...a true depiction of the experience of feeling alienated from yourself

I mentioned in the opening paragraph that this film was a deeply personal experience for me. I would sincerely love to open a conversation as to why that is, but to do so would completely destroy the key accomplishment of this film and to offer a whole mountain of spoilers (which I understand to be bad etiquette around these parts). What I will say is that this film demonstrates to you more truly than any other I’ve seen, how it feels to be in the moment that it’s depicting. Yes, even that bit at the end that you probably really don’t like. Yes, even that bit that is basically just boring. Yes, even that bit that is kind of awkwardly funny.

I said that the alienating effect was a flaw. To clarify, it's an accurate depiction of irrational thinking. The frustration of feeling like a straightforward answer might be present but just out of reach. It's an apt reflection of the characters' headspace but it also puts up a wall between the viewer and the core of the film. Recognising the patterns within the almost dream logic of the movie, it took me to a place where I could allow myself to think about something very subjective to me in an objective way. But to anyone who doesn't recognise them, the raw impact of the movie will likely be lost.

Importantly for me, it gave me something that when people ask me “what was it like?” I can show them this film and say “it was sort of like this.”