I Love You, Man Movie Review 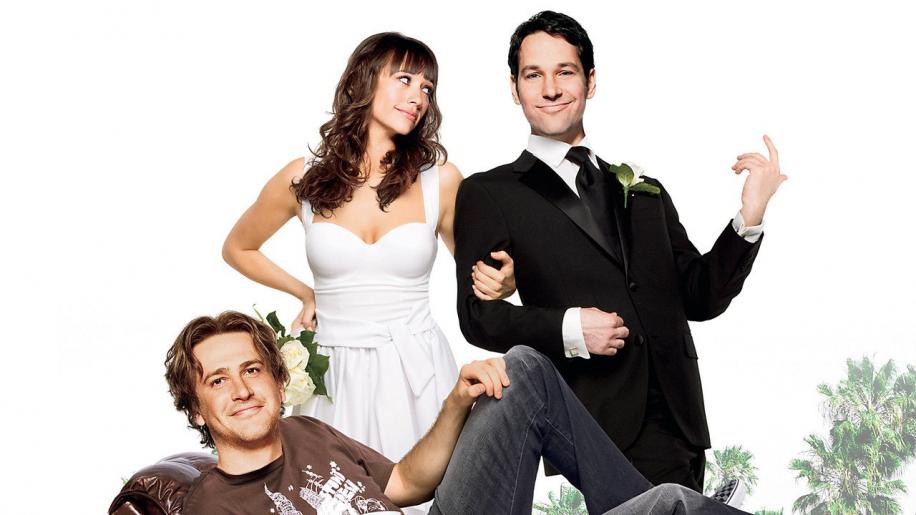 Following on from my Blu-ray review of his recent release, the perfectly enjoyable Role Models, I was quite looking forward to I Love You, Man, the latest starring vehicle for underrated comedy actor Paul Rudd. For years relegated to outstanding supporting cameos in the likes of Anchorman, 40 Year Old Virgin, Knocked Up and Forgetting Sarah Marshall, this is only really his second successful starring role, and both times he has been paired with a fellow - comparably famous - comedian. He tried going it alone a couple of times in poorly received (or badly advertised, depending how you look at it) romantic comedies, but Role Models was the only production he headlined that really managed to make a blip on the radar. There paired with the affable Seann William Scott (American Pie's Stifler), he did a pretty good job of pulling off an entertaining comedy - not without its flaws - but still a nice instalment in the ever-burgeoning Seth Rogen / Judd Apatow era of rampant sarcasm and cutting wit. Teaming up with Forgetting Sarah Marshall's lead, Jason Segel (who had previously worked with him on that film and on Knocked Up) for I Love You, Man, gave it some decent potential. So, is it any good?


Realtor Peter Klaven has just proposed to his sweet girlfriend Zooey, and after phoning all of her female friends to tell them, she notices that her new fiancée just doesn't have anybody to call. Sure he has people to fence with, and annoying work colleagues, but nobody who actually really cares. So caught up in his last few relationships (including this one) he has just let all of his male friends fall to the wayside and now he has nobody to call about his engagement, let alone anybody to be his best man. And so begins the hunt to find Peter a best friend.


Whether through the internet (friend 'dates'?) or through the matchmaking of his fiancée and his parents, he tries his best to magic up a friend, but finds instead a potential boyfriend, some odd acquaintances from the gym, and the most boring poker group in the world. Then happenstance has him encounter Sydney Fife, a free-thinking investor who gatecrashes open house functions for the food and the young, rich divorcees. Hitting it off, they soon become great friends, Peter confiding in Sydney and spending increasing amounts of time with him, much to the burgeoning disapproval of his surprised girlfriend. And after Sydney fails to ingratiate himself with Peter's family and Zooey's friends, it begins to look as if Peter is going to have to chose between his fiancée and his new-found best friend.


Fundamentally mediocre, I Love You, Man suffers from being unremarkable in every way. Seldom taking any risks, pushing any boundaries, or provoking any significant bouts of laughter, it just takes up what feels like over two hours of your time (although technically it's only 104 minutes) and leaves you feeling pretty underwhelmed. That's not to say that you feel like you've wasted your time, more that perhaps the movie was not in the least bit memorable.


The performances too are quite bland, largely because the cast are given fairly lame characters to play with. I couldn't find a single likeable person here. The normally reliable Paul Rudd drops his usual endearing, sarcastically cynical persona to play this realtor as a guy who you truly can believe would have no friends. With terrible timing, a persistently annoying habit of saying stupid things because he's trying too hard to be cool and a distinct lack of emotion, you wonder how he ever managed to get to the engagement stage with the initially likeable and immensely cute Rashida Jones. Familiar from the US version of The Office, Jones does the best she can with a character that soon takes a back-seat to the male bonding that occurs, and has her nose put out of joint by the whole affair.


The third party, the new boy-friend, is played by Jason Segel with as little aplomb Rudd, his purported free-spirit coming across as a slightly smarmy, over-intrusive middle-aged eccentric - with no real sparks flying between these two to justify their spending so much time together, aside from perhaps a rather random desire to jam together and see ageing rock bands. Segel quite suited Forgetting Sarah Marshall, but it was something he wrote and something which was clearly fairly personal to him. Here his character is insipid and, frankly, not even particularly likeable.


The multitude of familiar supporting cast members have shamefully almost all got similarly bland characters who range from mediocre-to-unlikeable, and it really shouldn't be this way. Superbad and Role Model's Joe Lo Truglio and Sin City's Jaime Pressley are at the top end of the spectrum, the former in a typically wacky role and the latter as the strangely endearing pretend super-bitch best friend of Zooey. J.K. Simmons, who was previously the single likeable male character in the overly sexist but nevertheless poignant Juno, is the slightly odd groom's father; and Iron Man director Jon Favreau takes positively unpleasant grouch to the next level. It seems ironic really, considering that he achieved fame pairing up with Vince Vaughn for the ultimate buddy-buddy comedy, Swingers.


It's unsurprising that this distinctly average comedy came from Director John Hamburg, the man behind Along Came Polly, another inoffensively mediocre affair. There at least Phillip Seymour Hoffman managed to momentarily spark up the proceedings, here we don't have a single character to mix things up a little. Which just about sums it up. There is nothing wrong with this film - just nothing noticeably right about it either. It sits happily on the fence, taking up your time without generating much of a reaction in you at all. You almost want these characters to flip out and do something unpredictable, but the little they do do - getting into a fight with the original Hulk, Lou Ferrigno, for example - seems utterly anticlimactic.


I Love You, Man also thinks that it can survive just on the supposedly novel concept of role-reversals between the best friend and the girl (or the girl and the ex) in a standard romantic comedy. Here Peter's blossoming romance is with Sydney, with Zooey being elbowed out of the way. All the standard 'gay' joke clichés are crow-barred in, and the fiancée even gets to act all jealous over it, but Hollywood should - after this and I Now Pronounce You Chuck and Larry - clearly stay away from trying to portray male bonding in comedies. I Love You, Man could have been so much more, but with so many missed opportunities (like when Sydney makes Peter question why he is marrying Zooey) and so much wasted talent you cannot help leaving the film feeling thoroughly underwhelmed. In the Seth Rogen / Judd Apatow era of modern comedy classics, we deserve better. Inoffensive but unremarkable rent-only material.