One weekend would unite two great nations... After cocktails of course. 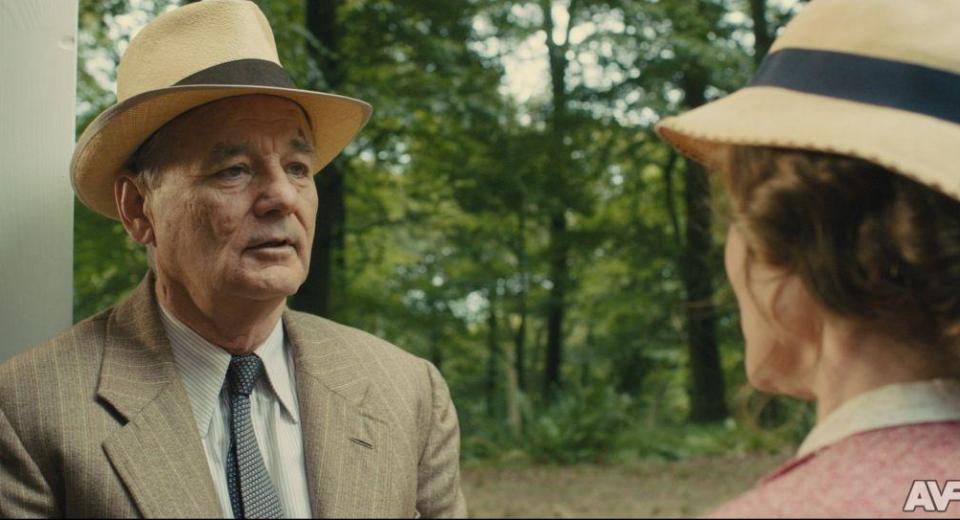 Based upon the recently diaries and letters of Margaret “Daisy” Suckley, this movie is a gentle, biographical drama about the visit of King George VI and Queen Elizabeth to America and more specifically, their weekend stay at the home of polio crippled President Franklin Roosevelt. This real historical event took place just before World War II and helped to cement the relationship between Great Britain and The United States of America.

Starring Bill Murray as FDR, Laura Linney as his distant cousin Daisy, Olivia Colman as Queen Elizabeth and Samuel West as King George VI, the film is mainly set at Springwood, FDR’s residence in Hyde Park, New York. This house actually belonged to his mother, but was his main home away from the White House. The relationship between FDR and his wife Eleanor was somewhat dysfunctional, with unconfirmed reports that she was bi-sexual and that he had a number of well publicised affairs over the years. Daisy was a distant cousin and was invited into the household as a companion to FDR, but after her death, various letters and diaries came to light that suggested she was a little more than just a friend to him.

The film shows the huge gulf between the down to earth although wealthy and powerful Roosevelt family and the insular, awkward closeted British Royals. The difference between the country’s ruling classes could not be more clearly shown. Any sexual frisson is only hinted at, making for a gentle, funny and undemanding movie to watch.