The Women of Wall Street 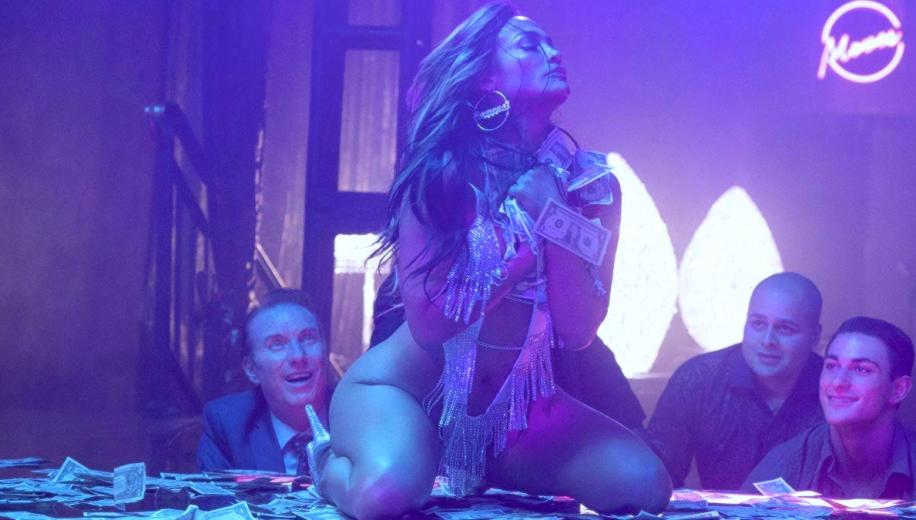 Propelled not by its wholly ineffective promotional campaign but by almost universally positive word of mouth and critical applause, Hustlers is a hell of a sophomore outing for Lorene Scafaria, who impressed with her writing on Nick & Norah's Infinite Playlist and her directorial debut Seeking a Friend for the End of the World, and has done a stand-up job working with the New York Magazine article "The Hustlers at Scores: The Ex-Strippers Who Stole From (Mostly) Rich Men and Gave to, Well, Themselves."

Charting the rise of a young and upcoming new stripper, Destiny (Crazy Rich Asians' Constance Wu), under the mentorship of veteran star Ramona Vega (Jennifer Lopez), through the 2007 financial crisis, which killed their business and saw them undertake more questionable operations in order to maintain their lavish lifestyles, Hustlers is a surprisingly effective companion-piece to Scorsese's Wolf of Wall Street, and perhaps even works better if viewed through the female-led prism of revenge on the protagonists depicted there, who largely escaped any kind of ramifications for their abhorrent behaviour.


It really is a female-led Goodfellas

The reality is that morality isn't a high point on the agenda in this, which makes the counterpoint to the equally amoral Wolf more necessary to avoid too much scrutiny over what is little more than a lesser of two evils situation; taken on its own and it's occasionally hard to avoid the fact that the story of Hustlers isn't necessarily one that's cause for celebration. Well, no more so than the charting of the rise (and semi-fall) of the gangsters of Goodfellas - which is often how this plays out. This isn't 2019's Widows; these really are bad girls.

What is to be celebrated is the way Scafaria puts together a very effective Scorsese-esque piece. It really is a female-led Goodfellas, marrying a superb soundtrack, some effective narration and a familiar tale of hustlers at the top of their game, pulling out all of the stops to stay in business; oozing with stylish cinematography, fabulous montages, and a charting-of-an-era narrative told through, again, Scorsese-esque flashback. And the electric cast really bring their A-game, led by Jennifer Lopez, who initially stuns with just how, well, stunning she looks at her age (it's every bit as impressive as seeing Cruise and Reeves defy all in their respective action franchises) before surprising us even more by how much she brings to a character who could have easily been a thinly-painted supporting figure to Constance Wu's much better fleshed-out lead. Lopez is the De Niro to Wu's Liotta, and whilst she may have had some early sparks of impressiveness in her film career (Out of Sight), that was 20 years ago, and this is a hell of a comeback.


Hustlers only gets a Blu-ray release in the UK, but fear not, Christmas brought us a US 4K Ultra HD Blu-ray to import, boasting a stunning, full-fat native 4K video presentation which is largely flawless.


A stunning, full-fat native 4K presentation which is largely flawless

Detail is superior, picking up on skin textures, lines, differentiated hairstyles and clothing, fur and background layers, showing up every iota of makeup but also every little nuance and flourish on close-ups. It's literally pore-deep at times; clinical in its pulling out and displaying of all that the source material possibly has to offer. Clarity is excellent, but the film never forgets its filmic edge, with a nice sense of grain giving the digital image - complete with a pleasant surprise of a full 4K Digital Intermediate - some significant, welcome texture.

HDR and WCG give it a hell of an edge too, from the rich inky blacks of the cars to the bright apartments and gorgeous sunny days; the range and contrast are impeccable, and that's before we even get to the pink-purple neon intensity of the clubs, which look absolutely jaw-dropping. Vibrant and vivid tones abound, and it's proper demo territory, looking absolutely spectacular.

The score is undoubtedly the absolute high point
The accompanying Dolby Atmos track is a foot-stomping, bass-laden ass-kicker of a soundtrack which whips up an absolute storm thanks largely to some excellent song choices and a plethora of narrated montages and slow-mo shots. Dialogue remains well prioritised, coming across clearly and coherently throughout; disseminated across the fronts and centre channels for the most part, whilst effects generate a tremendous atmosphere in the bustling, heaving clubs, pulling out all the stops across the surround array to put you right into the electric mix. The score is undoubtedly the absolute high point, booming out a succession of LFE-driven song tracks which will have your foundations vibrating even at lower volume levels. Outstanding.

The extras package includes only a Commentary and a couple of trailers, but at least they make it to the 4K disc itself

It makes for a very effective companion-piece to Wolf of Wall Street
Hustlers is certainly a surprise gem from 2019, defying its rather ineffective promotional campaign and riding high on critical reverence which is - for the most part - well deserved. Despite questionable morality at play, it's still a superb shot at Scorsese-esque storytelling only, refreshingly, female driven (and Lopez is an absolute hurricane in this, as her character repeatedly reminds us), and not in a manufactured-for-Hollywood Oceans/Ghostbusters kind of way. Indeed, it makes for a very effective companion-piece to his amoral Wolf of Wall Street - it'll maybe even take the edge off some of the more questionable behaviour on display here if you watch it imagining the scumbags from Wolf are finally getting their comeuppance.

Outrageously denied a 4K release in the UK, at least there's the option to import this excellent native 4K Ultra HD Blu-ray from the US, with stunning video, a stomping Atmos track, and a few nice extras to round out a superb package. Recommended.