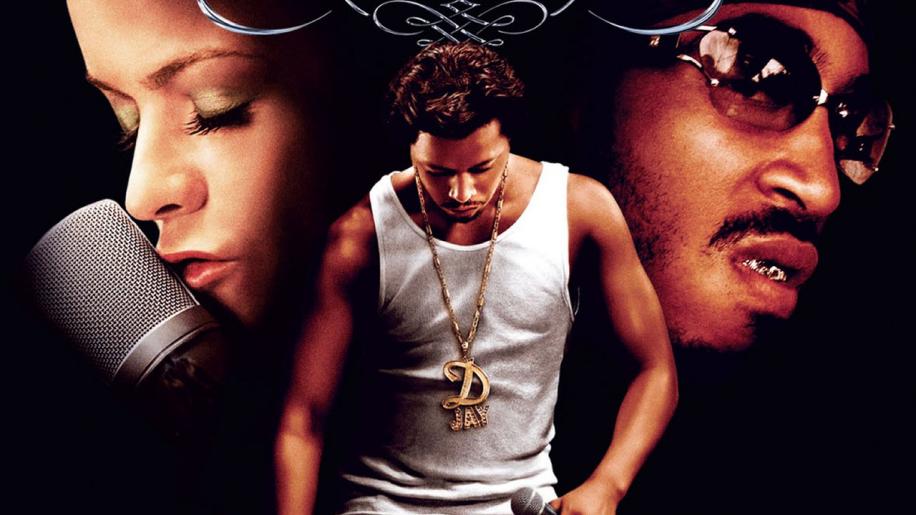 Presented with a 1.78:1 anamorphically enhanced widescreen image, Hustle & Flow comes across with a very gritty quality that fits in well with the films subject matter. The film titles also gives a nod to the exploitation film of the 70's that Hustle & Flow draws on, which is a very cool touch. Colours and strong and rich, black levels are good and there is no print damage or scratches. No edge enhancement was apparent either. On the whole there is very little to complain about and Paramount has done a great job with the video presentation. Only one audio option is available, Dolby Digital English 5.1 and as you might expect from a film with music as its subject matter is excellent. Dialogue comes across loud and clear which is good as the Southern accent is a little awkward to get your ears around. Most of the action happens when the music fires up and the surrounds get involved with some really nice subtle effects. The Oscar winning song sounds amazing with strong bass effects coming from the LFE and I found it hard to get this catchy track out of my head. English and Dutch subtitles are available as well as an English Hard of Hearing option. Paramount obviously cares about this film as the extras are plentiful and have been carefully put together. First up we have writer/directors commentary from Craig Brewer who thankfully is very interesting to listen to with his enthusiasm for the project especially drawing you in. He does a good job giving you the back-story of the film as well as its production.

Next we have the first of three featurettes “Behind the Hustle” (27:17) which gives us some insight into why Howard decided to take the part as well as the usual behind the scenes information. Also includes brief interviews with the cast and crew. It was interesting to not that Taraji P Henson fought hard with John Singleton in order to really sing on the movie as he was ready to just dub over her (beautiful) voice. Really interesting making-of and not your usual Hollywood EPK stuff.

Next is “By any Means Necessary” (14:37) that highlights how hard it was for Craig Brewer to get the film made and enlisting the help of producer John Singleton.

Finally we have “Creatin' Crunk” (13:39) that shows the musicians and Southern music influences that were involved in the making of the movie and its Oscar winning soundtrack.

Rounding off the disc is the “Memphis Hometown Premiere” (4:48) that shows the cast and crew arriving in Memphis for the big event. Craig Brewer seemed to be especially moved by the huge turnout for the movie and the Mayor of Memphis declaring that it was Hustle & Flow day.

Finally we have 6 promo spots that were filmed to advertise the movie in the US. One of the best films of 2005 that I managed to miss at the cinema, don't make the same mistake on DVD. Genuinely interesting extras combined with excellent audio and video make this one to track down and take home.