They don't make 'em like the used to. Actually, they do. 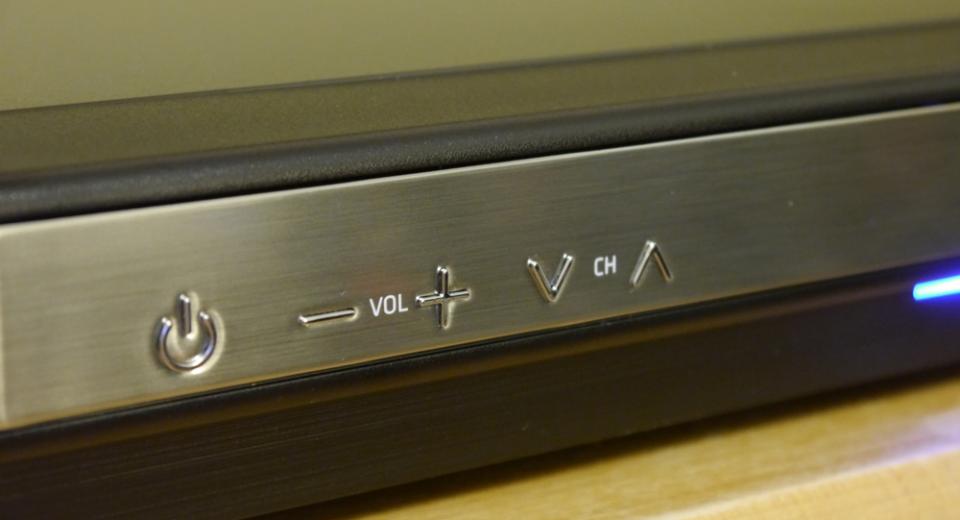 It’s seems as though Humax has been churning out Freeview recorders since the dawn of time, or at least since the non-subscription based Personal Video Recorder started to become a mainstream product.

That was in the days before high definition services, of course, and more pertinently, still, prior to the explosion in on-demand and catch-up video services. These days it’s not enough to have a competent recorder you need apps, services and content aplenty in order to survive. Humax is seeking to address this very problem with the HDR-2000T, which has access to their ‘TV Portal’ and ‘App Market’, for the first time.
In some ways Humax is competing against itself, as they are a manufacturer for YouView but that platform has a couple of operational limitations whose eradication, on their own branded box, would see it have some advantages as a recording device. Priced at just shy of £180, the HDR-2000T is a fair bit cheaper than the equivalent recorder they manufacturer for YouView - let’s see how it stacks up as a total package. The HDR-2000T is probably a little smaller than it looks from the shots and it’s not something we’d describe as much of a looker. It’s a very simple black box with a mirrored flash across the facia with some basic controls embossed thereupon.

Beneath that silver strip, and below the Humax logo, is a non-concealed USB port which can be used to playback media files or export from the box to connected storage. Around the back we have a good set of connections including HDMI, SCART, Stereo and Composite video inputs, a LAN port as well as the terminal for the aerial and a RF loop through. The included remote is identical in form to a few that have gone before it with a design that’s curved in at the middle to make it easier to hold. We actually think it’s quite attractive although some of the text printed out on the buttons – TV Portal and REC, in particular – doesn’t stand out very well.
Curvy remote!

The Humax GUI is a cinch to navigate and responsive too, with the Menu button providing access to the full range of settings and content available through the 2000T. From the submenus, you can edit/remove channels, view the EPG, set up your network and all the various other duties you would expect.

The Settings submenu lets you set various preferences including those for recording parameters, your display type and resolution, plus some audio options including lip-synch and multi-channel via the S/PDIF output. The System Menu lets you check on the network and signal status as well as permitting the management of the built in storage. Menus are well planned and easy to navigate
The EPG is several shades of grey with clear white text and affords a 7 channel/2.5 hour view, by default, and a video window in the top corner with accompanying audio stream. One can scroll up and down the guide more rapidly using the Programme skip buttons on the remote, or even navigate direct to a channel if you know the correct number, using the keypad. We were very pleased to note that it is possible to view the guide and schedule recordings whilst engaged in other activities, such as streaming or watching files from USB, as we’ve encountered a few boxes that don’t. There’s also a handy ‘Search’ option that can be got at from the EPG which can be run on a keyword or genre basis. We would have liked that to be an option from a direct command on the remote but it’s good to have in any case.

Humax really should have got the hang of how to build a user-friendly recording device by now. And so they have. We can’t imagine many would struggle with the basic recording functionality: Press Guide>Highlight Program>Hit Record and the 2000T will then offer up some further options. You can record that single ‘event’ or, where applicable, initiate a series record. In the event of a recording clash, it will even look for an alternative airing and where there’s a high definition version available, that will also be highlighted. Excellent stuff! If we do have an interface concern, it’s in how you get at your recorded content. It’s easy enough if you’ve not been streaming or using files from USB but switching between those options and the internal HDD could be more intuitive. OK, so it’s only a single button press to switch storage medium or media type but we think it would have been better to provide one place to look at internal content and another for streamed. A simple ‘Recordings’ button, or similar, would then let the user get straight to where they want to go. Not everyone is so used to this world of multi-channel delivery and most will be buying the box as a ‘basic’ recorder.

As you will have gathered by now, the Humax HDR-2000T can act as DLNA client, giving access to MP3 music, JPEG Photo and divX movie files, as listed, but we found it also had no problem in playing MP4 video, too, over the network. The same support holds true for connected USB storage with the Humax supporting NTFS, as well as FAT formatted devices. But it’s the fact the 2000T can act as a DLNA Media renderer that’s more interesting, meaning you can beam the contents of the hard drive around the house to suitably equipped devices. You may have a TV in the bedroom or kitchen with DLNA functionality, for example, so it is something that’s genuinely useful and it works very well in practice too. Believe it or not, you can even use FTP to export stuff to a client but we can’t imagine that’s used, in practice, for anything legal. Humax’s TV Portal is a fairly new thing and, we believe, built on the Opera platform so it’s unsurprisingly well laid out and simple to use. There aren’t a huge number of apps and services currently available but it’s respectable so early in the game. You do get YouTube and BBC iPlayer pre-installed, amongst others, and there are also more available in the Humax App Market. Sorry, we’re not going to test the apps for OK Magazine, the Daily Star or Daily Express for anyone but there is a reasonable Twitter app and a really good Wikipedia service. We’ll have to see if the likes of Netflix, Lovefilm, Wuaki TV and blinkbox are headed Humax’s way but fingers crossed they are and it would also be good to see support from 4OD, Demand 5 and ITV Player. An app for tablets and smartphones wouldn’t go amiss too Humax!

Lots of nice touches in terms of usability and flexibility.

Barring the slightly awkward switching between the media source, we found the HDR-2000T a pleasure to use and, more importantly, a very reliable recorder. We set dozens of both single event recordings and series records and are happy to report that it didn’t miss, or clip, any. It’s good to see global padding of recordings supported, where you can, by default, events to start or end a few minutes early and/or late. It would have been nice if that was totally user definable but it is also perfectly possible to edit individual recordings manually, so those live events that could overshoot by some considerable margin should record just fine. There are other nice options too, such as being able to configure skip forward and back for set periods of time. Naturally the best case scenario for skipping forwards is to avoid adverts on programs recorded from commercial stations and the in-built 240 second option takes care of most. You can also instruct the HDR-2000T to delete content – oldest first – as the hard drive begins to fill up.
There’s no need to worry about the box deleting ‘precious’ content, either, as pressing the OPT+ button on the remote gives you the option to lock recordings.
With 500GB of hard drive space available, it’s quite likely that your recordings will span a number of pages so it’s good that one can create folders for some sense of order and a Series Record will create a folder by default for convenience. It might have been an idea for Humax to come up with some pre-installed methods of changing the view but the folder system works well enough, without too much effort required from the end user. Picture quality is also very good and up there with the best PVRs we've tested, displaying excellent scaling of standard defintion channels and proving competent at video deinterlaicng. Thankfully, Humax hasn't stuck in any unnecessary picture modes so everything (material permitting) looked as we would expect on a calibrated display.

The Humax HDR-2000T is a compact and rather plain little box, save for a flash of silver on the facia. Connectivity options are quite comprehensive and include HDMI, SCART and USB but there's no built-in WiFi. Generally speaking, menus are user interfaces are a doddle to follow and understand, although we wouldn't mind seeing a dedicated area and corresponding button on the ergonomically styled remote control that takes you directly to content recorded from the Freeview HD tuners.

This is the first Freeview HD PVR to provide access to their new App store. For an emerging platform the range of apps and services is not bad and includes BBC iPlayer, YouTube, Wikipedia and Twitter amongst the highlights. There's a distinct shortage of VoD and streaming services, at present, but hopefully Humax is working behind the scenes to bring us more.

Possibly the best feature built in to the 2000-T is its capability to stream recordings from off its HDD to other devices boasting DLNA compatibility. In effect, if you have something that fits the bill situated in another room, it gives you a two-for-one PVR.

And what an excellent PVR it is. There are lots of nice touches, such as being able to set global record padding, to prevent you missing the beginning or end of something and customisable time skipping so you don't have to watch the ad's. You can also create folders to prevent your recordings from getting cluttered on-screen and picture quality is also top-notch.

Of course, it does all the stuff you would expect, too, and setting recordings, whether single or series, really is the proverbial child's play and the interface is always on hand should you run into recording clashes or forget (how could you?) that something was available in HD.

All in all, the HDR-2000T stands up as proof that Humax has been producing quality Freeview recorders for years and it's a device that will keep experienced users just as happy as first-time PVR buyers. There are certain interface decisions we would question and the app store could do with an injection of quality content but it still comes Highly Recommended.