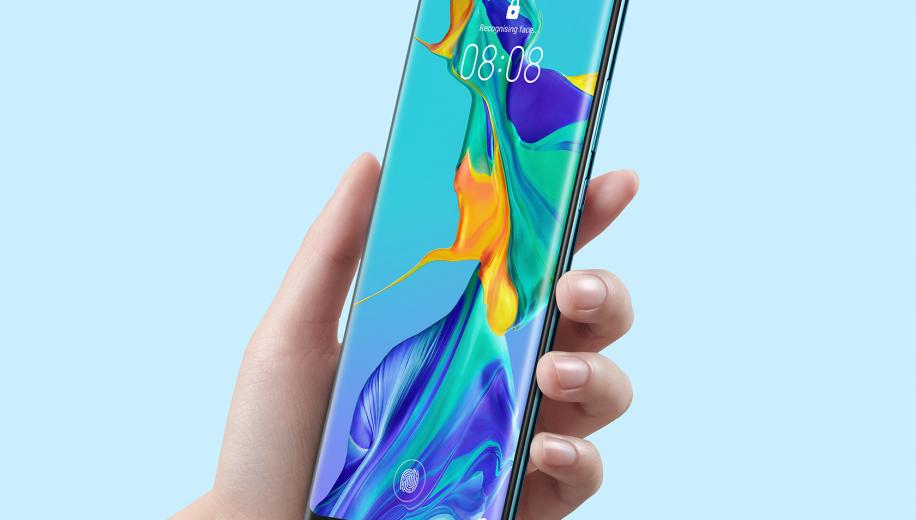 What is the Huawei P30 Pro?

It’s the latest phone from Chinese brand Huawei. You may have spotted Huawei dominating headlines recently, thanks to the company being placed on the United States Entity List. This restricts what American companies are permitted to do when it comes to trading with those named on the list.

I’ve had the P30 Pro for a long while but was holding off reviewing it while it wasn’t clear if the handset, and other phones from Huawei, would be eligible to receive future software updates from American companies such as Google, whose Android software runs on the phone.

Recently, Huawei has been able to confirm that recent handsets such as this one will be able to receive the next iteration of Android, Android Q, due this autumn. Since then, President Trump has confirmed that Huawei will be allowed to buy components from US companies, making the future for this and other phones much more secure. While the company’s infrastructure products won’t be on sale Stateside, the knowledge that the phones will continue to have the latest software and components is very welcome.

This is a terrific phone which deserves to sell well. It has a gorgeous screen that dominates the entire front of the phone, save for a tiny, teardrop-shaped cut-out for the self-portrait camera at the top. It has a fingerprint sensor buried in the display, two-way wireless charging so you can charge a friend’s phone if it’s wireless-charging compatible, even if it’s not a Huawei phone.

And it takes photos which are amazing – as we’ll come to shortly.

In the last few years, Huawei has finessed its industrial design beautifully. The real turning point came with the release of the Mate 20 Pro in the autumn of last year, with its cool central square of cameras and sensors. The P series in recent years has favoured a line of cameras and that’s what the rear of the P30 Pro shows, too. There are three main cameras and one Time Of Flight camera, as we’ll see.

The phone is almost all-screen, with a small notch at the top for the front-facing camera. That would be all that's worth mentioning about the phone in design terms were it not for the look of the phone’s back. True, there’s a demure black version but Huawei is pushing the envelope when it comes to more colourful finishes. For example, the Breathing Crystal version almost looks as though it shimmers, the colours changing as the light falls on it, fading from a light blue to a gentle mauve. It looks terrific. Other colours include Amber Sunrise which is a fiery red (and still shimmers), Aurora that is blue and green as well as the inevitable black. Huawei has thoughtfully included a clear plastic case in the box, so you can keep your pricey purchase looking pristine.

This phone has strong water and dust-resistance, so its design isn’t just about good looks, it’s practical, too.

The display has gently pillowed edges, making this largish phone feel more manageable in the hand and offering an enticing look that’s inviting and attractive.

The screen is not as high-resolution as some, notably the Sony Xperia 1 with its 4K HDR OLED screen, but it still looks great. Tap the screen and the fingerprint sensor lights up, so you know where to put your thumb or finger to unlock the phone.

The under-screen fingerprint sensor works brilliantly, by the way, with reliable and fast unlocking pretty much every time, even if you’ve approached it from an oblique angle or so casually your finger only brushes the right area.


Its sharpness and brightness slightly take your breath away

Once unlocked, you’ll see a bright, sharp display with vivid colours. As with some other phones, the notch from the display quickly becomes invisible, even when looking at photos or video.
As with every smartphone except the latest iPhones, the bezel around the display is not perfectly equal all round. The portions of black around the bright screen are wafer-thin on the long sides, a bit thicker on the top and noticeably thicker at the bottom. Nonetheless, it’s an attractive phone and the bezels barely detract from this.

In terms of display resolution, though it doesn’t match the Sony Xperia 1, there’s no denying this screen looks tremendous, really, a knockout. Like the Sony, it’s a display that is compatible with HDR, specifically HDR10 in this case. Colours are bright without being over-saturated, realistic and faithful to, you know, real life. Its sharpness and brightness slightly take your breath away.

This is the big one.
Are smartphone cameras as good as SLRs? No, of course they’re not, but when you get one as good as this, the edges begin to blur. The sensor is smaller but there are multiple sensors with different lenses, and they are squeezed into an oblong of glass and metal which, though nowhere near as ergonomically successful as a regular camera, is highly convenient and often more affordable.

Here, there are three main camera sensors on the rear of the phone. Two are perfectly circular and the third is square. Look closely and you’ll see the glass inside is a mirror. That’s because it’s a periscope camera.

No, sadly, not because it’s going to rise up out of the phone like a surfacing submarine. Instead, the light is reflected along the inside of the phone by the mirror to deliver a much greater focal length than would otherwise be possible given the slimness of the handset.

This means that the three sensors represent different zooms. The main camera has a high-resolution sensor – a whopping 40 megapixels - and is the general-use camera. Of course, with a sensor as small as on a smartphone, those pixels are tiny. So, Huawei uses pixel binning, that is, the camera can combine four adjacent pixels so they work together as one. In other words, the resolution drops to an effective 10 megapixels but with much greater capability to pull in more light more quickly.

That’s aided by a Time of Flight camera which measures the depth of objects to deliver even greater sharpness and help with precise depth-of-field effects to artfully blur the background and throw your subject into greater relief.

This sensor is also different because instead of the usual red, green, blue microsites, Huawei has opted for a new kind of sensor that’s RYYB, that is, red, yellow, yellow again, and blue. Huawei says yellow sensors can pick up twice as much light as a green sensor, meaning faster gathering of information, with benefits in sharpness, for instance, especially in low light. Optical image stabilisation on this sensor helps remove any blurring from your images, too.

The periscope represents 5x zoom and is an 8MP sensor while the 20MP wide-angle works out at 0.6x the main lens. A 5x zoom is enough for most circumstances, though there are also hybrid and digital zooms available which go as high as 50x altogether. I’ll be honest, it doesn’t look great at 50x, but it can be useful for picking out text on a distant billboard, say, so it has a purpose. The regular 5x zoom or hybrid 10x are remarkably good.

Altogether, the lenses, sensors and software make for a very versatile camera.

Oh, and then there’s artificial intelligence. This means the phone’s central processor is designed to take a look at the what the lens sees and judge whether you’re taking a picture of a dog, a plate of food or a snowy landscape, for instance. It will then adjust the exposure and other attributes accordingly.

If this sounds like the phone is homogenising the results so that every image looks generic, actually, it really works wonders. Good AI in photos requires good taste and smart engineering. Apple is great at this. But Huawei seems to have found a balance between proficiency at spotting what’s in the photo and delivering strong results with minimum efforts.


This is – easily – the best smartphone camera I’ve ever used

Let’s be clear, I haven’t seen a phone that comes close to what this camera can do. Huawei’s smart move of involving Leica in its photographic endeavours is a part of that. But its skill at analysing a scene and then fluffing a dog’s fur or sharpening a cat’s eyes take things to a whole new level.

That’s before we get to features like low light photography, where pitch darkness is rendered into a visible image, to an almost spooky degree. Or a Portrait mode which lets you adjust the level of background blur to a granular level. And a Pro mode which offers real manual controls, almost on a par with a regular camera. Add these features together and you have a potent camera that grows with you. It’s speedy and responsive, whether you’re snapping a portrait or trying to capture a moment in, frankly, pitifully low light.

The front-facing camera is also high-resolution, thanks to a 32MP sensor and works well, if selfies are your thing. This is – easily – the best smartphone camera I’ve ever used.

The Huawei software gets better and better. It’s still not the best-looking but it does more with every iteration. Like the way you can have two icons for the same app. Handy, for instance, if you have two WhatsApp accounts – you can run both in separate apps. There’s Huawei Share which works like AirDrop on Apple devices and makes for very speedy sharing of photos and videos between your phone and another Huawei handset.

The phone’s AI capabilities aren’t limited to the camera. It’ll pay attention to your behaviour – sadly, we’re all creatures of habit – and adjust how it responds. As a result, it can help to utilise the battery so it lasts all day, for instance.

Actually, the battery lasts a full day without drawing breath. It’s a big cell that just goes on and on, helped by advances in the battery management through software and the latest processor. In fact, the only way I could get near dissipating the battery’s charge before the end of the day was if I used the phone’s reverse wireless charging feature for any length of time while boosting the charge on another handset.
It recharges very quickly using the charging plug in the box, and reasonably fast on a wireless charging pad.

The Huawei P30 Pro is good-looking, stuffed with features and works like a dream. It’s fast and highly proficient, with a battery that lasts and lasts. Aspects like the reverse wireless charging, high-quality display and under-screen fingerprint sensor are just tremendous.

And then there’s the camera. It’s hard to overstate how good this camera is, with point-and-shoot capabilities as well as lots of advanced elements waiting to be discovered in Pro mode when you’re ready.

It’s good that the P30 Pro is getting the next Android software as without some updating it would have been hard to recommend. But as it is, there’s every reason to have confidence in this phone’s longevity. And anyway, it’s already a highly potent performer.