If you think you’ll be happy to download apps in an unofficial manner, this is a breathtakingly good phone. 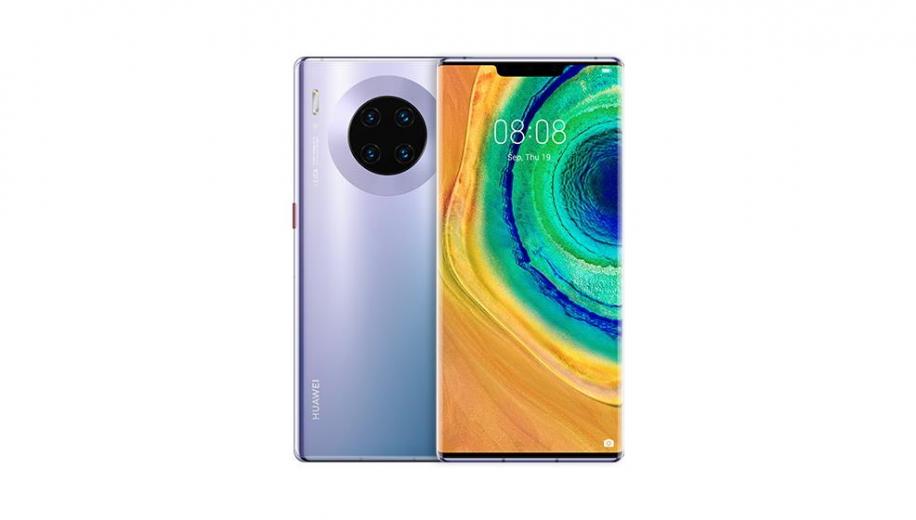 What is the Huawei Mate 30 Pro?

The Mate 30 Pro is the latest flagship phone from Chinese brand Huawei. It was first announced last autumn but has only gone on sale in the UK in the past few days.

Why the delay? You’ll know that Huawei and the United States Government are not best friends, and President Trump had forbidden US companies from working with Huawei. While the company has been able to source components from elsewhere, there’s one American brand it’s hard to do without in the world of phones: Google. Unless you’re Apple, whose iPhone uses iOS as its operating software, every other phone uses Android to power its devices.

More importantly, Google Mobile Services are baked into almost every smartphone in the West. These services include Google Maps, Gmail, YouTube and, crucially, Google Play Store, the most comprehensive source for apps. Huawei has been waiting to see if the situation improves, as it has several times looked like it might, but has finally decided to go its own way, releasing a phone without Google Mobile Services on board.

Previous handsets, by the way, are just fine as they were approved before the clampdown, so if you have a P30 Pro or Mate 20 Pro, don’t worry, it’s not going to brick itself.

We’ll come to how Huawei has squared this software circle on its new phone shortly, but it’s worth adding that this phone is one of the best-looking and capable phones yet, with exceptional cameras that are even better than the P30 Pro – and that was arguably the best cameraphone of its time.

It has a gorgeous “waterfall” display, and neat extras to keep your data safer. For instance, if the front-facing camera spots someone reading over your shoulder, it hides your messages in an instant!

Read on for the skinny of how good this phone is, and whether the whole Google thing should put you off.

Software is rarely the first thing to consider in a phone review, but here it’s front and centre. Android itself is open-source, called AOSP, and that’s the software Huawei has put on the phone. At first glance, you can’t see the difference between this phone and the P30 Pro with its full Google software.

That’s because Huawei has a great-looking overlay called EMUI which is designed so it looks identical on different phones, whatever lies beneath.

It’s only when you start looking for your favourite apps, or try to download them, that the changes become apparent.

Because there’s no Google Play Store, you need to download your apps from the Huawei App Gallery. It has a tiny repertoire compared to Play Store and although it’s growing, it has a long way to go.

So, does this make the Huawei Mate 30 Pro a non-starter? Not really.

There’s no Gmail app, but the built-in app is good and it’s easy to configure your mail to appear here, for a start. Mapping is a bit trickier as Google Maps is not available, at least not automatically, and there’s no clear alternative. This will change, as Huawei has recently announced a deal with TomTom to provide its own mapping app, but it’s not there yet. Other big hitters like WhatsApp, Instagram and Facebook are also absent right now, though Huawei is encouraging app developers to come up with a Huawei App Gallery version.

Huawei has a great-looking overlay called EMUI which is designed so it looks identical on different phones, whatever lies beneath.

There are other ways round this problem, if you’re interested. If you’re upgrading from a previous phone, a Huawei app called Phone Clone will let you transfer apps from that – though if they won’t work, they won’t transfer. You can download a third-party app store easily enough, like Amazon Appstore, which has a lot more choice, including Facebook, Instagram and Spotify, so those apps are completely simple to get.

Or you can use an unofficial way of getting your favourite apps on board, including Play Store and Google Maps. I’ve done this, and it’s working splendidly. There are numerous forums and videos showing you how to do this and it takes a matter of minutes to complete. All apps are working perfectly.

But, realistically, not everyone will want to do this and it is the biggest blemish on the Mate 30 Pro. If you think you’ll be happy to download apps in an unofficial manner, this is a breathtakingly good phone.

The gleaming design of the Mate 30 Pro is very appealing. It’s not small, but the way the display curves down the long edges is spectacular. It not only looks good but the curvy edges fit the hand beautifully. In fact, the edges are curved and seamless enough to let you roll the phone through your hand like a worry stone, if admittedly a rather big one.

Huawei’s design team have come a long way in recent years, and the build quality here is easily on the same level as Apple’s iPhones, which wasn’t always the case.

The design here is very stylish, as eye-catching as any rival can manage. Front and back are glass (Gorilla Glass 6, both sides), making wireless charging possible. The phone comes in several colours, all attractive, even the basic black option. The rear is clean but for the word Huawei, details of the Leica cameras on board, and the camera lenses themselves. These sit in the middle of the phone, towards the top, in a circle within a circle. There are three cameras, plus a Time-of-Flight lens to help with depth perception. The circular grouping is unique and makes the phone instantly recognisable.

The phone feels fantastic, so you might consider not using a case for it. If you do, though, Huawei has thoughtfully put one in the box. Huawei says the phone is water-resistant.

Details here are well thought-out, from the contrasting red power button on the side to the volume buttons.

Actually, there are no volume buttons as such. To change the volume, you tap the edge of the phone, you know, the bit where the display curves right round. Instantly, a volume control appears. I wasn’t sure about this at first, but it works very well. Incidentally, would you prefer left- or right-handed controls? This solution works on both sides.

The 6.53in display on the Mate 30 Pro is a high-resolution OLED screen that looks tremendous. It’s long, an 18.5:9 ratio, though not the longest you’ll find. While some rivals offer 90Hz displays for extra smoothness, this is a regular 60Hz model.

There’s a medium-width notch at the top where multiple sensors including dual cameras sit. As with some other phones, you can hide this with a software option, effectively blanking the screen either side of the notch.

Like the rear cameras, there’s a Time-of-Flight lens on the front, too. These front cameras permit facial unlock, though there’s also a fingerprint sensor buried in the display as well.

The App Lock feature is powered by these cameras and sensors and, as mentioned above, work to offer extra privacy. If someone peeps over your shoulder, even if you don’t seen them, the phone will and the notifications close up fast.

I’ve tested this extensively and it’s worked perfectly every time. There’s another benefit. You know how, when you’re lolling on the bed reading your phone, you slowly lean over so far the screen spins from portrait to landscape orientation? Annoying, isn’t it?

Here, the phone can keep an eye on you and if it sees you turning with the phone, it’ll keep the display as it is so you can read it more easily.

Like some other Android phones, there’s the option for an always-on display which shows the time, for instance, on a black screen when you’re not using the handset.

As well as the Time-of-Flight sensor designed to pull in depth information quickly so you can get super-sharp images in even low light, there are three “proper” cameras. The regular wide lens has a 40MP sensor behind it, there’s an ultra-wide camera with the same 40MP resolution and which is the equivalent of a 0.66x optical zoom compared to the main lens. There’s also a 3x zoom 8MP telephoto camera. It’s a great combination. If there was a fault on the P30 Pro, it was that the telephoto lens was 5x the regular lens which sometimes was too much. Here, the 3x equivalent zoom hits the spot perfectly. It’s really versatile in turning in great results from the widest variety of situations.

The photos on this camera are among the best you’ll find. This camera is on a par with the iPhone 11 Pro and Google Pixel 4, combining stunning images with superbly intuitive usage, though, unlike Apple, Huawei provides a Pro mode as well.

Video has been a particularly strong upgrade on this phone. You can record 4K-resolution at 60 frames per second and there’s a ridiculous-but-fun super-slo-mo option (7,680 fps). It’s so slow that thankfully the phone’s AI is on hand to work out which bits of the video need to be captured at this rate.

The selfie cameras are also very strong, with a 32MP sensor taking the picture, and the Time-of-Flight sensor assisting.

The photos on this camera are among the best you’ll find... combining stunning images with superbly intuitive usage

Oh my, but it’s fast. Huawei uses its own silicon to power its phones and the Kirin 990 processor, although beaten by rivals in some benchmark tests, is more than fast enough in everyday use.

It has wireless charging, something Huawei has been good at for a while now, and also reverse charging so you can place a friend’s phone (any phone, doesn’t have to be another Huawei) against yours and charge theirs. Well, you’d only want to do that if there was a decent battery in the phone…

…and there is. The 4,500mAh cell is enough to deliver two-day use. Cautious users will still charge nightly to avoid battery anxiety on day two, but Huawei continues its tradition of phones that just keep on going.

If you charge the phone with the bundles 40W charge plug, it’ll go from flagging to usable in a very short time.

This phone, if it had full Google Mobile Services on board, would be unstoppable. The design, performance, battery life, stunning cameras and neat interface work together perfectly.

But the lack of Google Mobile Services limits the score this phone can earn. If you don’t mind downloading Amazon App Store (painless, simple and quick) you’ll find most missing apps. If you want everything, you’ll need to use an unofficial way of getting them aboard - still not hard or time-consuming, but not for everyone, and without stone cold certainty about what happens next.

If you don’t mind the apps issue, this is an irresistibly good phone.