How to Train Your Dragon Movie Review 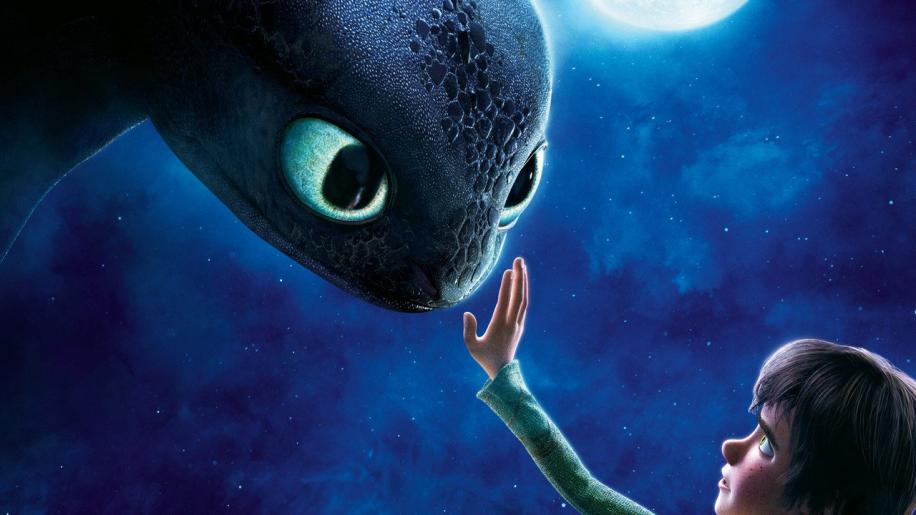 It was around 2000 when I was discussing with my internet buddies, which of the current crop of CG animated films was the best. The general consensus was Toy Story, until someone said just one word. Shrek. Got me to thinking about how correct they were, Shrek was, indeed, a powerful contender for Dreamworks. Since then, unfortunately, Shrek has been muddied with successively poor sequels, rather than Toy Story which has just built upon its success. And whereas Pixar still maintain a one hundred percent track record with their releases, Dreamworks are still very patchy – their name is nowhere near as synonymous with excellence. This means that they have to try that much harder to win over an audience just to get them into the theatres. Their latest offering, and the subject of tonight’s review, is not an original script, but based on a bestselling children’s book from British author Cressida Cowell. I say based, the only elements used are the names, locations and title as the story itself is markedly different and to the film success! So let’s take a look at tonight’s feature, How to Train your Dragon.

Berk is a village that is routinely attacked by dragons, the inhabitants are fierce Viking warriors that not only defend their home with vigour but actively seek out the dragon’s nests trying to vanquish them once and for all. Hiccup, son of the village leader Stoick, is not like other Vikings, he is not big in stature, nor is he of the same mindset; he is inventive but this normally leads to mishaps and as such is generally regarded as inept and frowned upon, much to the distress of his father. After one particularly savage attack by the dragons, Hiccup thinks he has wounded one with his catapult devise, but no one believes him and as a result the men leave the village to try and track down the nest once more; leaving the next generation – including Hiccup – to train as the next dragon hunters. However, Hiccup finds his downed dragon, a particularly vicious breed dubbed a Nightfury, but is unable to bring himself to kill it, and, strangely, once released the dragon does not kill him! Now unable to fly do to a wound suffered in Hiccup’s attack, the Nightfury is trapped in a shallow glade and Hiccup befriends it with simple acts of kindness and soon realises that all dragons are not the killer beasts he has been brought up to believe, but rather friendly, mischievous animals more akin to large cats than anything else. By using taming tricks learned from his time with Toothless, the name he calls the Nightfury due it its retractable teeth, Hiccup soon leads the class of youths training to be the next dragon hunter/killers, much to the amazement of his peers and villagers, who hail him as a dragon expert, which even heals the rift between him and his father. Things, however, go wrong when, as a graduation prize, he is given the duty to kill a dragon, and again is unable to do so, with only a timely interruption from Toothless saving his life. Now, with the village against him, Toothless captured and being used as a guide to the dragon’s nest, and a furious monster dragon hidden within, Hiccup has to pull on all his skills if he is to save his friends, family and the dragons!

As mentioned the book upon which this film is based is markedly different; the film does use the names and places and the very broad outline of the story, but then ‘Hollywoodises’ it by ostensibly writing in clichéd characters and clichéd plot devices to the narrative, in, what turns out to be, at heart, a clichéd story – but, it really, really works well, because How to Train your Dragon is a terrific film and one to rival Pixar in every respect.

Dreamworks layer the film with many aspects and it never plays dumb; it is an intelligent script that explores complex relationships – both between friends, animals and family. It is not limited to the main character of Hiccup either, look at Gobber (the blacksmith and teacher/trainer) and Stoick. These two Vikings are, obviously, great friends, when Stoick is lamenting Hiccups latest mishap, it is Gobber who suggests the dragon training, he seems to believe more in Hiccup than his own father – look too at the final battle, when Stoick realising his folly tries to give his party a fighting chance against the great dragon, it is Gobber that refuses to leave, standing by the side and fighting without a thought other than that his friend “Let’s double that chance” – in amongst a chaotic scene this heartfelt action matches the powerful reconciliation with Stoick and Hiccup, a scene that, by rights, should underpin the entire subplot. It is a testament to the filmmakers that so many interconnecting layers work so well, never feeling schmaltzy, but just good honest emotion.

This is helped immensely by the voice acting talent, Hiccup, voiced by Jay Baruchel, brings not only a youthful eagerness but also a resilience and desperation when the situation calls for it, his on screen chemistry with America Ferrera, who plays his love interest, Astrid, is very palpable and believable, incredible considering its CG characters. King Leonidas, himself, Gerard Butler voices Stoick and brings with him a massive amount of leadership with a commanding performance, although I did expect him to shout “We are Sparta!” British comedian Craig Ferguson voices Gobber, as already hinted at, his relationship with Stoick comes through loud and clear with his performance, these two old Scots manage to really add to their respective on screen chemistry.

But what of the dragons, well, their design is a combination of classic British interpretations and Chinese folk law giving some inspired looks, excepting that of Toothless – he has a more lizard/feline look, if you can imagine such a thing, and facially, as well as in mannerisms, he is very reminiscent of Stitch (from Lilo and Stitch) a choice made by directors Dean DeBlois, Chris Sanders both of whom created that iconic little character. Giving Toothless that mischievous, but loveable characterisation really helps sell the relationship that develops between him and Hiccup.

Add to all this an engaging and emotive score by John Powell, a composer rapidly becoming a name synonymous with lush, engrossing scores, you have an extremely mature film hiding within a ‘kids CG animation’ – you know the kind of film that, thus far, only Pixar have managed to pull off.

Absorbing and emotional with a terrific plot, How to Train your Dragon comes highly recommended.