How to Build a Girl (Amazon) Movie Review

What being a teenager is all about. 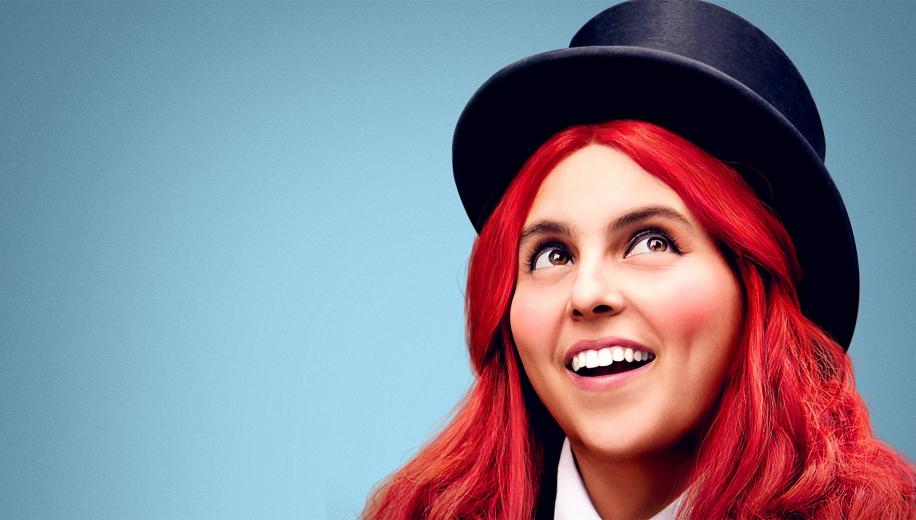 Nostalgia is a potent drug these days. While most of us are just longing for the days of mask-free dinners and being able to pop to the shops without the fear of a deadly virus looming over us, in the internet age there’s always a bit of fondness to be found in looking back over the ostensibly more simple days of the 90s.

It’s not long before she almost inexplicably finds herself with an opportunity to finally do something cool – writing for a thinly-veiled NME magazine thanks to a weird and wacky review of the Annie musical soundtrack that is roundly panned by the mag’s all-male writing staff. She clearly has writing chops but her wholesome bookworm nerdy personality – perhaps best epitomised by her wall full of idols like Sylvia Plath, the Brontës, Karl Marx, Julie Andrews and David Bowie, who are brought to life with a few excellent A-list cameos – won’t cut the mustard.

In order to ‘make it’ in the cut-throat world of cool that is music journalism in the 90s, Johanna reinvents herself as the aloof and chic Dolly Wilde, writer at large. As it turns out, being sneered at by a room of boys in an office was the least of Johanna’s worries when it comes to the music and journalism industries, and before you can say “this is a standard coming-of-age story” Johanna-as-Dolly has put up a caustic wall of snark and just general meanness that starts to alienate her wild family and the few friends she has.

Feldstein is the perfect Moran stand-in, even managing to mostly pull off a decent Wolverhampton accent for the majority of the film

Moran is one of the UK’s most recognisable and well-known journalists, having carved out a name for herself as first a music critic then columnist and minor Twitter celebrity. Her books and columns have become known for her raw, witty and polished unpolishedness, so the casting of Johanna was always going to be crucial to this film’s success.

Feldstein is the perfect Moran stand-in, even managing to mostly pull off a decent Wolverhampton accent for the majority of the film. She brings some of the pep and heart-breaking earnestness she displayed so convincingly in the criminally underrated Booksmart, appearing both convincingly vulnerable and winningly confident. The surrounding cast offers plenty of support, including excellent turns from Paddy Considine as Johanna’s jazz musician dad desperately searching for his big break, and Alfie Allen as John Kite, rock star with a heart of gold.

The film moves along at a zippy pace thanks to director Coky Giedroyc, though at times it does seem to whizz past some of the biggest pools of emotion. More focus and exploration of the family dynamic before and after Johanna’s departure for the Big Smoke might have offered a really profound emotional depth to what is otherwise pretty much non-stop energetic charm. Which isn’t, of course, a bad thing.

The first half or so of the film is about Johanna and her teenaged tribulations – boys, bullies, boredom etc. It’s a great example of a good way to portray a teen girl’s sexuality, and all the confusion and heartache that go along with it. Giedroyc and cinematographer Howard Taczanowski combine for some lovely visuals around Johanna and Kite’s relationship, including falling rose petals and a trailing spotlight that’s straight out of a classic musical.

Then Johanna becomes Dolly, loses her virginity and is soon arranging meet-ups with foot fetishists just for kicks (pun intended). There are some great lines in the screenplay, including one about what impact the right book can have – right as it’s launched at Johanna’s head.

How to Build a Girl seems a bit rushed, a bit flustered, a bit rough-and-ready, maybe… but that’s what being a teenager’s all about isn’t it? And this will surely resonate with teenagers – particularly teenage girls who will see their angst and desires and fears reflected larger-than-life through Feldstein’s Johanna. There’s a fantastical, magical realist, almost cartoonish quality to the film that perhaps makes some of the more serious themes of the narrative less impactful. But Giedroyc has nailed the doodling aesthetic and tone of the classic movie teen, and made a delightfully cheeky film to boot.

It is, perhaps, a bit naïve, and maybe doesn’t investigate the characters and the complexities as another might. There’s a big story here – about the difficulty of working class and female writers to break into the mainstream writing world – that doesn’t really get the time of day. But it’s a truly fun watch, expertly told and beautifully acted. Feldstein is a star – this is her first out-and-out lead role but it certainly won’t be her last.