How the West Was Won Movie Review 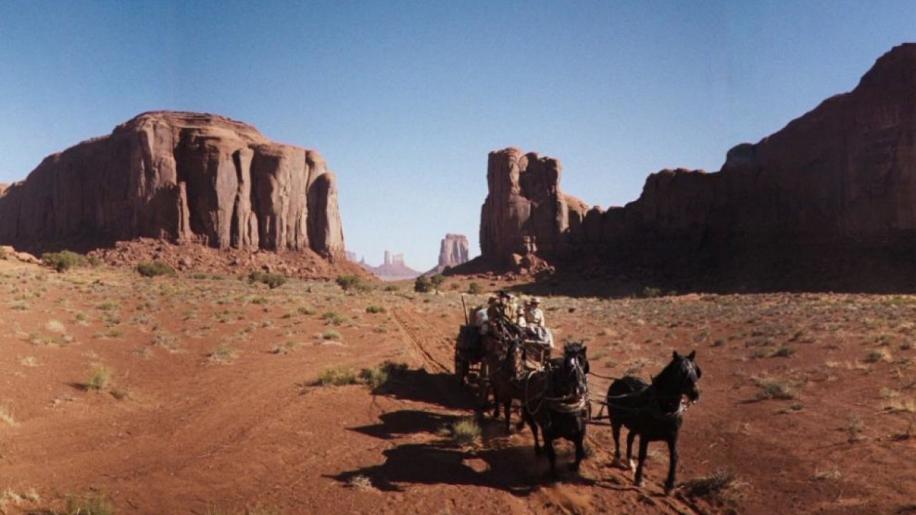 Back in the late 1950's, cinema audiences were at an all time low. This may surprise you as it's often known as “The Golden Age Of Cinema”.

The reason behind the slump was simple - television. The prices of the sets were dropping all the time and folk would rather stay in and watch television than go and watch a film at the cinema.

Hollywood realised that for the first time, it had serious competition in the entertainment stakes - and something had to be done about it.

The biggest advantage that cinema had over television was the size of the screen - though most films were still made in the academy ratio (roughly 1.37:1) so were nearly the same shape as the screens people had at home. Hollywoods answer was to change the shape of the screen - make it wider so therefore different to watching television. In the early days, studios had their own screen ratio that they used to make their movies in - and the two that survive today are Cinemascope (roughly 2.35:1 - sometimes 2.40:1) and 1.85:1.


Perhaps the most ambitious of all the experiments was Cinerama. This involved a huge curved screen and three separate pictures in the academy ratio projected onto the screen, side by side, to form one image. The logistics of such an operation were immense - and as such, only six films were ever made in Cinerama - and out of those six, only two were feature films - and I'm going to have a look at Warners Blu-ray release of one of those, How The West Was Won

The first thing I'll say (and I normally leave this to the end...) is that the film isn't really that good. Its 167 minutes of showing off Cinerama. The story is supposed to cover the migration of early American settlers from the east to the west of the country and all the perils that came with it.

What we actually have is something quite different. Starring just about every Hollywood A lister of the time, including Henry Fonda, John Wayne, Karl Malden, Gregory Peck, George Peppard, James Stewart, Richard Widmark, Debbie Reynolds and narrated by Spencer Tracy. It really doesn't matter who plays who as the majority of the characters are fictional anyway...but if a film was made today with that number of A listers in it, there's not a cinema in the world that would have the room on it's billboard to get all the names above the title! The film itself is split into three parts - and covers five periods of American history. These are the early days of the Ohio river, the covered wagon and the gold rush, the civil war, the building of the railroad and the southwest. Such an epic needs a brilliant director behind it to work - as Cinerama was used to doing things bigger than anybody else, they brought three of Hollywoods biggest on board and each one directed a certain part individually.

Henry Hathaway directed The Rivers, The Plains, The Outlaws which makes up the majority of the first part. John Ford was brought onboard to direct part 2, The Civil War - whilst the Building Of The Railroad was left in the hands of George Marshall. Each director leaves his own individual mark on his work but was restricted by what he had to work with. In order to be able to project three images, those images had to be filmed side by side as well - the cameras were huge and heavy and panning them was nigh on impossible - so throughout the majority of the film, an actor will walk to his or her mark, say their lines and then walk off again. What action there is in the film is limited to distance shots of rafts running down perilous white water, or a covered wagon getting stuck in the mud as a stationary camera films the migrants trying to free it. Most of the set pieces are pretty poorly set up - in the aforementioned stuck covered wagon scene, the first thing that the Cinerama camera gives away is the fact that there is about twenty feet of dry track either side of the mud hole that the wagon is stuck in...

But it does look rather good. I'll cover the picture quality in the relevant section - but bringing Cinerama into the home is nigh on impossible. The screen was curved by 146 degrees and massive. Warner has added a bit onto the right hand edge of the screen for the widescreen presentation of this disc, showing previously unseen material. There is also what the studio is calling a “Smilebox” presentation of the movie on a second disc. I have included a still or two from that second disc so that you can judge for yourselves which one looks better...

Containing some rather lovely shots of the American countryside and a lot of blue sky, How The West Was Won is great at doing what it was designed to do - show off the super-wide Cinerama system. As a film it's a little flat and contains about every western cliché in the book. It brought nothing new to the table in 1962 when it was released apart form its aspect ratio and it brings nothing new today.

From watching this film, I understand why the system wasn't used to make more feature films - it just doesn't work for me and it was best employed making the travel films that were so successful at the time.