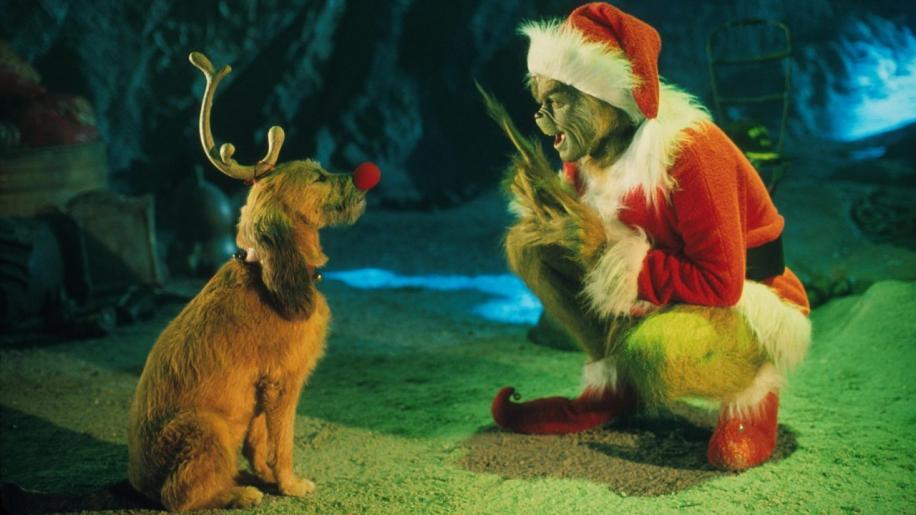 How the Grinch Stole Christmas Movie (2000)

After years of continuing threats and dire warnings, writer Theodor S Geisel's marvellous children's book about the Christmas-hating Grinch finally became a live action feature film last year. Things start off well enough with the dulcet tones of Anthony Hopkins providing the opening narration taken from Seuss' original story whilst the set design and extravagant make-up excite the eyes.
Then Carrey's Grinch appears, his evil grin leading makes you think that you're in for an utterly diabolical treat. This is the point at which Howard starts to focus his attention on the inhabitants of Whoville, and their fantastical setting. And, subsequently, this is when the rot starts to set in. Shortly after introducing the sickeningly sweet lead character young Cindy Lou Who (Momsen) it becomes pretty clear that Howard is interested in the Whos and the fantastic world he has created for them and not in bringing any real spite or menace to the character of the Grinch.
Only on a couple of occasions (notably the flashback scenes to the Grinch's childhood) do we ever get something particularly twisted. Instead Howard focuses his attentions on making sure that everybody is smiling and happy.
Small children may be amused for an hour or so, but anybody with a love of Dr. Seuss' original story will probably be horrified and left wishing that somebody such as Tim Burton had been given the reins for this tepid live action outing.