How Do You Know Movie Review 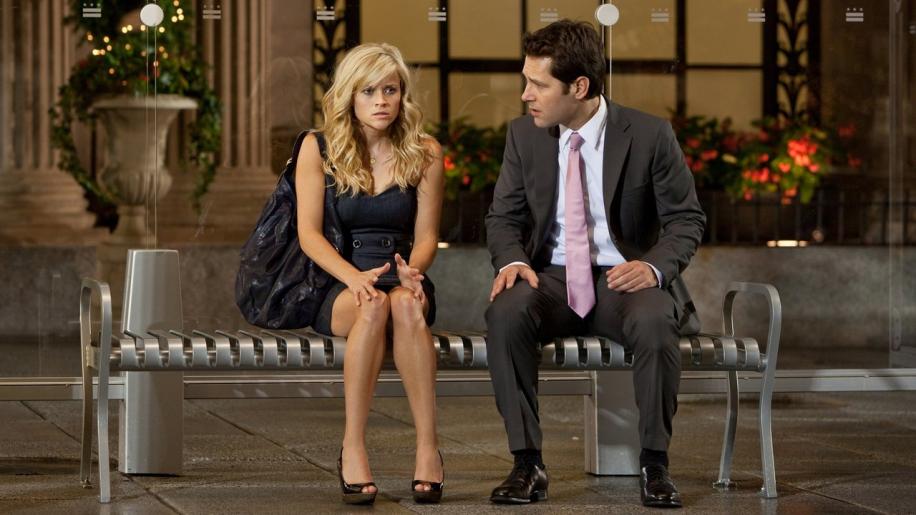 I don’t even know where to begin with this review. Despite my love for all things not rom-com, I appear to have covered the majority of recent titles within this genre, more so than anybody else on the reviewing team. And, speaking particularly as a man, it really isn’t a very good genre. There are, of course, exceptions (perhaps Knocked Up, although it’s technically not a conventional romantic comedy) but they are truly few and far between. Instead, time and again, year after year, we appear to get the same predictable storyline of a man and a woman, looking for love, who are unexpectedly thrust together – then pulled apart – then “find each other” once again just before the credits roll. Add a few increasingly dull jokes, and perhaps a competing suitor, and you have your formula right there. I shouldn’t be too critical – my cinematic guilty pleasures are often mindless action movies of the Steven Seagal variety, and it doesn’t get much more generic than that – but the RomCom really is, perhaps more so than any other genre, an area of the filmmaking industry which needs a massive overhaul, and a healthy injection of fresh, new blood.

Amidst the RomCom ‘modern classics’ that I’ve had to trawl through recently are offerings from infamous genre-regulars – both wanted for the crimes that they have committed against romance and comedy – Jennifer Lopez and Jennifer Aniston: The Back-up Plan and The Bounty Hunter, respectively. Against all odds, however, Just Go with It, Jennifer Aniston’s recent pairing with the much more reliable (and occasionally outstanding – see Happy Gilmore, Punch Drunk Love, Reign on Me or even Zohan and 50 First Dates) Adam Sandler, managed to prove to reasonably entertaining. And, in a twist of fate, otherwise reliable genre contributors Paul Rudd (Role Models), Owen Wilson (Shanghai Noon) and Reese Witherspoon (Sweet Home Alabama) have joined forces to create one of the biggest black holes in the history of romantic comedies. Seriously, it appears to have sucked in everything – potentially good dialogue, a director with pedigree (he’s the guy behind As Good As It Gets, after all), a smart initial concept, and a whole bunch of quality names (including Jack Nicholson!), as well as a whopping $120 Million budget – and left you with...? Nothing. Just an empty void, which will test your patience to its very limit.

The story must have looked good on paper – and certainly was enough to give me hope – as it basically pits Owen Wilson against Paul Rudd, both vying for the attentions of Reese Witherspoon. Given that I like Paul Rudd; and given that Owen Wilson used to be a reliable comedy contributor (hell, I even enjoyed his one-off actioner Behind Enemy Lines), I was actually quite interested in seeing how this one panned out. For once, I was genuinely intrigued as to which one of these two, (both regular romantic comedy leads) would get the girl. Wilson would have always been the favourite, were it not for his last few lacklustre years since he went a bit off the rails; and Rudd’s always been underestimated, but still doesn’t quite drive movies in the way that you might expect from him – so, on paper, it could have been a tense race.

Unfortunately, within a few minutes, all my hopes were dashed. We’re introduced to Reese Witherspoon’s character, ageing professional softball player Lisa (I say ageing, she’s 31 – which is only old in terms of professional sports), who is facing being dropped from her team because of her age. She gets a random call from a potential blind date that one of her teammates set her up for – Paul Rudd’s businessman, George – who clumsily explains that he can’t go on a date with her after all because, unfortunately, his relationship with his current girlfriend has become serious. Vaguely amused by this out-of-nowhere phonecall, Lisa returns to what she knows best (given that George would have been the first non-sports-player she had ever dated) and starts going out with Owen Wilson’s arrogant and immature baseball player, Matty. Of course George’s life takes a turn for the worst, as he discovers that’s he is being indicted for corporate malfeasance. The company which he works for is also run by his father, played by Jack Nicholson, making things even more tense when he’s forced to go home on gardening leave and wait for the upcoming trial. The final nail in his coffin sees George dumped by his girlfriend, and turning to his little black book to call up somebody –anybody – who may be interested in at least going to dinner with him and distracting him from the hell he is in. Who does he call?

Can you see where this is all going? Well, you might think so, but, trust me, it takes an unfathomably long time to get there. And with zero chemistry between any of the leads, and zero charisma from them in their respective roles, you really have to just wonder to yourself – what went wrong?

A part of me likes to find reasons behind mistakes like this film. I’ve defended plenty of movies that have had more than their fair share of flaws – but that I could see some potential in – with even the horrendously botched Passion Play (another production populated by famous, reliable actors who should have known better) ranking amidst these lost souls. How Do You Know is just all manner of bad, and it’s really difficult for me to explain why it turned out this way. I know that the Director, James L. Brooks, spent a lot of time researching female athletes in order to finalise the story; and that he then became interested in young executives who get torn down when their companies go under – but neither idea really comes across as prominent in this mish-mash production. There’s a terrible montage at the beginning, an overlong introduction to Reese Witherspoon’s softball-playing lead and her love for the sport – but, other than that, I can’t see how any of Brooks apparent ‘research’ played a part in the final product. Considering that his is the only name attached to the project as writer, you can’t exactly blame anybody else for coming in and re-jigging his work – this one is clearly, supposedly, as he intended.

Perhaps the fault also lies with the salaries that the actors received. It sounds unrelated, but imagine headlining a movie – being the male romantic lead – and only earning a quarter of what one of the supporting actors receives? Or a fifth of what the female romantic lead is getting? Surely that would get you more than a little bit riled? The salaries rank as follows – according to the power of the internet – Paul Rudd got $3 Million, Owen Wilson received $10M, Jack Nicholson (for less than half a dozen largely unimportant scenes) took home a Marlon Brando-esque whopping $12M, and Reese Witherspoon managed to somehow top them all with $15M (although at least she’s one of the two main-er leads). Now Rudd’s got to be brooding about this sorry state of affairs – sure, he’s not the biggest name in the cast, but he’s still the leading male actor!

And it shows in the performances. Nicholson is woefully restrained – at one point literally restrained from getting too aggressive – and clearly appears to be just doing it for the money. Which is a shame from an actor of his calibre, who could have gone out with a bang through his punchy contribution to the totally unnecessary Scorsese remake (of the superior Infernal Affairs), The Departed. Owen Wilson has, on the face of this and the Meet the Parents sequels, graduated to the realm of one-note acting, and it’s not a particularly good note either – playing the wannabe spiritualist of the group, whose idea of spiritualism is actually more like, “chill out, man, of course I sleep around – that’s what I do”. It’s painfully dull now, with none of the spark that early-era Wilson had to offer. And what's with his character's age? If Witherspoon's retired at 31, surely he should be in trouble too - given he looks well over a decade older than her!

Then we have the two leads – Witherspoon on top athletic form (although it’s left her looking pretty gaunt – age doesn’t help, she’s a long way from Cruel Intentions here) but unfortunately lacking any of her youthful spark as well. She’s got this perpetual look on her face – kind of a cross between constipated and gormless; and she always appears to be bemused about the trouble she gets into, despite the fact that she perpetually acts like a child: as if, at 31, she’s suddenly discovering new-fangled relationship ideas like compromise and companionship. She also seems completely laissez-faire about the whole love triangle thing, kind of a “Meh, I’ll date Owen Wilson for a bit. Oh he’s a bit immature, so I’ll go for dinner with Paul Rudd. Well, he was a bit of a bore – and pretty odd to boot – maybe I’ll hang with Wilson after all.” Etc. Etc. And poor old Paul Rudd seems to have lost every ounce of his previously excellent wit. His timing is all off here, and his character is just not particularly likeable. None of the things that he does are either funny, or easy to relate to, leaving you wondering why any of the three leads would even consider dating one another at all. Hell, Nicholson exudes more charisma, and presence, than all three wrapped together – and he largely feels like he’s sleep-walking through the whole sorry affair.

The jokes consistently fall flat too. You know when you hear that “the best bits are in the trailer”? Well this takes that old saying to the extreme – here the best bits are in the trailer, but in the actual movie, those same moments don’t even work! “How is that possible?” you ask. Well, placed in the context of the movie they just fall flat. There’s one moment in the trailer, where Paul Rudd’s character slaps his head straight down on a table – obviously out of sheer frustration. In the trailer, it looks quite amusing. In the main film, you feel slightly awkward – should you laugh or should you feel sorry for him? Or should you just mind your own business and pretend it never happened? Well I kind of wish that about the whole film.

I seriously expected a great deal more from the director as well – the man who wrote and directed both the Oscar-winning Terms of Endearment and As Good As It Gets (both of which also earned Nicholson Oscars), and who also made the atypical Adam Sandler romantic drama, Spanglish. He’s usually great at observing unusual, offbeat variations on standard characters – I can’t believe he got it so wrong. Even the Cinematographer – the man who has shot over half a dozen Spielberg films – deserves a mentioned... for all the wrong reasons. For some reason he insists upon shoving his camera right in the faces of his cast, at random moments in their conversations. It neither highlights anything humorous, nor is in the least bit flattering, and it is actually detrimental to the flick. The nail in the coffin, you could say.

Watching How Do You Know is a bit like watching two hours of deleted scenes culled from a good romantic comedy. You may have some curiosity value, and you’ll probably stick with it for a while – hoping you’ll find a great little gem – but it’s pretty soon, pretty clear that they were deleted for a reason. And this whole film should have been deleted. With prejudice.