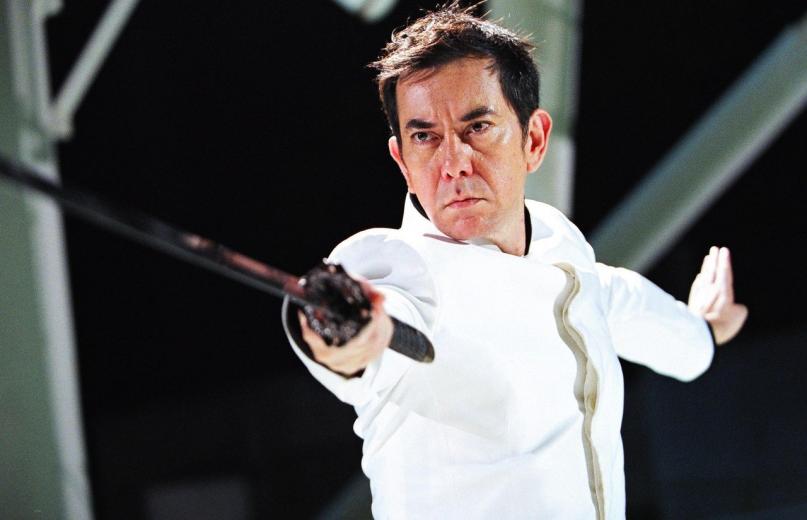 Stephen Fung takes the helm, and stars, in his second directorial outing (not counting Heroes In Love, which he co-directed) in the comedy/Kung Fu/James Bond style movie House Of Fury. The action is fast and furious, if a little “run of the mill” by modern standards, which really just goes to show how spoiled we've become since the debut of The Matrix... although House Of Fury is more like a cross between True Lies, Spy Kids and Kung Fu Hustle than the Wachowski brother's movie.

Yue Siu Bo (Anthony Wong Chau-Sang) leads a double life - by day he's a normal, happy go lucky kind of guy working as a chiropractor, struggling along as a lone parent to two teenagers, Nicky (Stephen Fung - surely this guy's too young to both direct and star!) and Natalie (Gillian Chung). But when required his alter ego is called into action, and the mild-mannered practitioner becomes a Kung Fu master and secret agent extraordinaire. When wheelchair bound enemy-with-a-grudge Rocco (Michael Wong) arrives on the scene Yue Siu Bo's talents are tested to the extreme and beyond... cue some impressive fight scenes!

I enjoyed House Of Fury. Yes, the wirework looks a little too much like... wirework, and yes, the storyline has been well used before, but on the whole I think the movie works a treat. After all, this is a popcorn flick... Hong Kong style... and did I mention it's got Gillian Chung in it?!