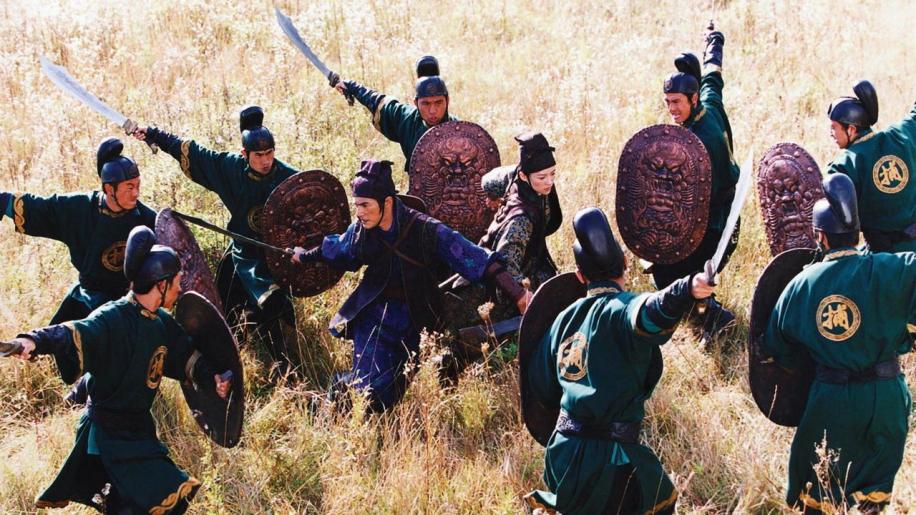 859AD, the incompetent Emperor and corrupted government decline the Tan Dynasty. Rebel Armies are forming: among them, underground alliance “House of Flying Daggers” is the largest and most prestigious. Feng Tian Country's two local captains, Leo and Jin (Andy Lau and Takeshi Kaneshiro respectively), are ordered to capture the House leader within ten days. Captain Leo suspects that Mei (Ziyi Zhang), the beautiful new dancer at the Peony Pavilion is actually the daughter of the former leader, and hatches a plan to arrest her and bring her in for questioning. At the same time, Captain Jin will pretend to be a lone warrior, Wind, rescue Mei from prison, earning her trust and escorting her to the secret headquarters of the House of Flying Daggers. The plan works but on their long journey to the House, something unexpected and uncontrollable is forming...

I've never been much of a fan of Asian cinema, with many hyped titles boring me to tears. Maybe it's the humour, maybe it's the clunky dialogue, but they've never really worked for me. [I]Crouching Tiger Hidden Dragon[/I], [I]Hero[/I] and [I]Infernal Affairs[/I] have all been exceptions to the rule, but I was inevitably sceptical when I dropped Flying Daggers into the DVD player and pressed play. Thereupon all reservations were dispelled as I came to enjoy a stunning piece of modern cinema that eclipses all that I've seen previously from Asian heritage.

Fans may disagree and be able to quote many titles which better House of Flying Daggers, but this tale of fighting, deception and ultimately love, is expertly crafted. Containing beautiful cinematography, great acting and excellent, gritty fight scenes (over the top they are and often infused with CGI that, to be fair, can be a little patchy), Flying Daggers will appeal to the mainstream as well as the die-hard fans of Asian Cinema. It almost has an enchanting quality about it, with Ziyi Zhang as alluring as ever, and although predictable in parts, you can't help but fall for the story and be involved in all that happens to the central characters. And even if the ending doesn't quite match what goes before, it's still a powerful piece of film-making that should be on every movie lover's shelf.