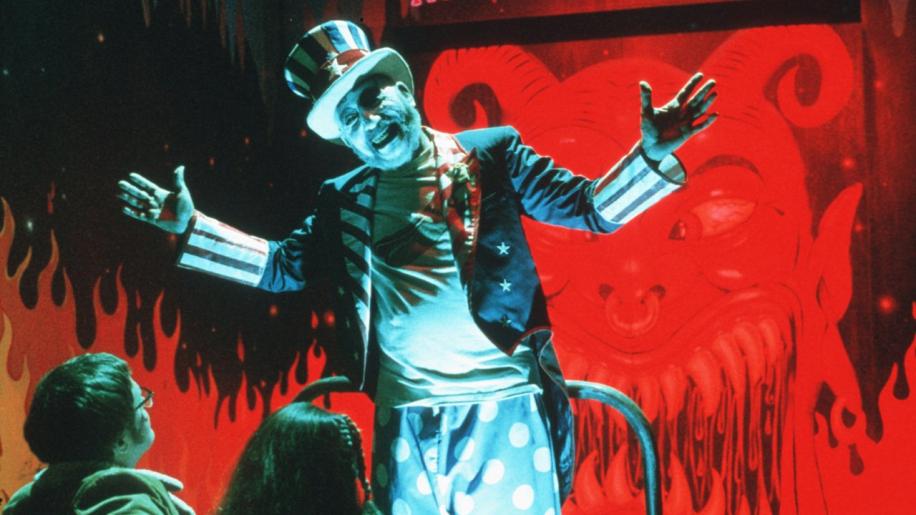 If the movie is somewhat weak then the picture is, in comparison, something of a gem. Tartan have done an excellent job here, and the anamorphic transfer (framed at 1.85:1) looks clean and crisp with good colour saturation and particularly good shadow detail. Blacks are deep and clean, and along with an absence of edge enhancement, the transfer holds up very well. Obviously the quality varies, but this is more to do with the differing film stocks and any graininess or scratches here are as intended by the director, and not due to a flaw in the print.

There are a couple of niggles though, albeit minor - there are some scratches present in places, and I did notice some minor compression problems on a couple of scenes. On the whole though, it's pretty good.

On offer are both DTS and Dolby Digital sound mixes, and both complement the movie well, adding both weight and tension to the shocks and scares, and providing a platform to assault you with rock music.

The front soundstage is strong, with dialogue clean and crisp, and good left and right separation. Surrounds, too, fill in well, offering a depth to the action and really cranking up when the musical score kicks in, along with providing some creepy spot effects as needed. Bass - whilst never really plummeting into the really low octaves - is suitably deep and lends good presence to not only the inevitable rock-fest soundtrack but some of the foreboding build-up scenes and jump moments. And channel separation is largely good, with strong imaging and a crispness that I found surprising given the low-budget aspirations of the movie itself.

It's also worth noting that you can choose to watch the movie in a Dolby 2.0 music only soundtrack, which for some reason I found rather appealing...

First off, it's worth noting that the menus on this DVD are excellent; the production values here somewhat surprised me and they're better than many seen on the latest blockbusters from the biggest studios. Anyway, onto the extras...

First up we have an audio commentary by director Rob Zombie. Whilst being informative it's not particularly entertaining; maybe due to the nature of the movie I was expecting something a little more energetic, but it certainly lacks sparkle. Following the commentary are two extremely short featurettes (one of which is simply some footage of the crew with no voice over), which are rather passable, a selection of trailers and stills, and some snippets of cast rehearsals prior to shooting. Special mention must go to the worst ever extra of all time: “Tiny Fucked a Stump”. Simply terrible, this is a bizarre extra which has 3 of the characters telling each other jokes...and the punchline to every joke is the forementioned title. Is it funny? Not on your life. Is it an utter waste of space? Spot on.

Wrapping up the package, and of slightly more interest is a selection of short cast interviews and a longer interview with Rob Zombie himself, where he tells us of his influences and inspiration for making the movie.

Overall this isn't a bad collection of extras: a meaty documentary would have been a welcome addition, as the featurettes are woefully short, but otherwise this is reasonable - if a little on the light side.Are you a horror fan? Do you like gratuitous, nasty bloodletting? If so - and if you're not too jaded by this by-the-numbers shocker - then you may find this of interest as the movie is backed up by a solid DVD presentation. If you're squeamish though, and if movie “quality” features high on your list of priorities, then give this a miss.