In most circumstances it would be seen as a positive to lose Adam Sandler from a franchise. 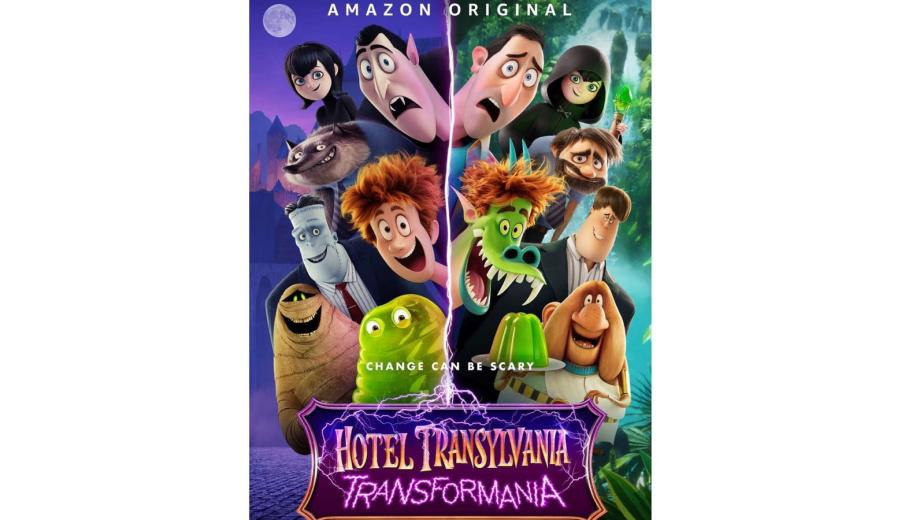 Ditching Adam Sandler and going straight to streaming, Transformania could have been a whole lot worse, but still shows signs of a franchise way running on fumes.

Four films in and the Sandler-led Hotel Transylvania series - for many people - is already four films too big, but it's got a following, and both the critical and commercial success has somewhat unfathomably steadily increased across the franchise (although having such a low bar is a good starting point). Despite the popularity and incrementally better reviews, particularly for the last chapter - Summer Vacation - headliner Adam Sandler is too busy for a fourth film, leaving Brian Hull to take over and do his best impression of a trademark Sandler voice. Thankfully the consistent animation design covers it up, and the story makes this transition even easier, whilst all of the returning cast from the previous chapters make it feel like it's all just business as normal.

Drac is ready to retire, having found love and happiness, and 125 years into his rule, deciding to pass on the key to the fabled Hotel Transylvania to his beloved daughter Mavis. But when it starts to sink in that Drac is going to also have to hand it over to his son-in-law Johnny, he gets cold feet, making up some excuse that the hotel can't be passed to a human, and prompting Johnny to go to extreme lengths to qualify as a monster, a process which also is capable of turning monsters into human, inadvertently making Drac and his crew a little different from before...

Transformania is probably just about fine for fans of the series. It starts off pretty slow, with only a few modestly engaging ideas, really needing to move a little faster to get to the more interesting premise of the transformation, which admittedly is absolutely mined for all the awkward Freaky Friday moments you could possibly imagine. There's about one laugh out loud moment in the whole thing, but there are some nice touches, and a low chuckle level is pretty consistent, with Drac in particular a source of amusement as he deals with having no powers and a 'dad belly', and Frankenstein's 'upgrade' also pretty clever.

... very much as a streaming chapter to this franchise and possibly a last chapter too

Most movies would probably be better off without Sandler - who is now far way from his comedy prime (Happy Gilmore) and should focus more on surprisingly strong serious efforts like Uncut Gems - but Transformania actually misses his distinctive faux Dracula voice a little, and certainly his energy, with even the supporting cast feeling like they are sometimes going through the motions. Similarly the animation misses Star Wars: Clone Wars' Genndy Tartakovsky, who directed all three previous entries, but hands those duties over to a pair of storyboard artists, one of whom served as storyboard artist for Hotel Transylvania 3. They do a solid but utterly unremarkable job, rounding out a succession of decisions - from director to cast to story - that really cement this film's position very much as a streaming chapter to this franchise and possibly a last chapter too.

Hotel Transylvania: Transformania is available on Amazon from 14th January 2022.