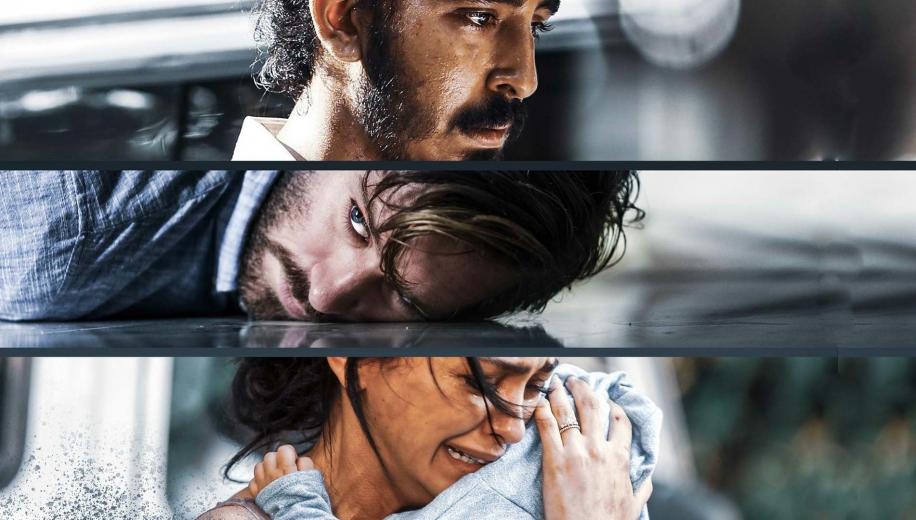 That rare Sky gem, Hotel Mumbai is a relentlessly tense dramatisation of the horrific terrorist attack in India.

Based on the terrifying - unbelievable - events of 2008, Hotel Mumbai marks the directorial debut of Australian filmmaker Anthony Maras, who fashions a powerfully tense feature which wisely builds rounded characters at the outset before unleashing almost slasher movie horror upon them; this isn't a hero-saves-the-day action movie a la Die Hard, but more akin to a violent thriller or possibly even outright horror as basically a bunch of demented serial killers clinically execute dozens of people and hunt the survivors who have to come up with increasingly clever ways to stay alive.

The Hotel Mumbai is a 5 star hotel where the staff value their clients above all else - "the Guest is God" - seeing Jason Isaacs' (Star Trek: Discovery) rich Russian, and celebrated couple Armie Hammer (The Man from U.N.C.L.E.) and Nazazin Boniadi (Homeland) treated like veritable royalty by head chef Anupam Kher (Silver Linings Playbook) and eager servant Dev Patel (Slumdog Millionaire) who needs the job because he has a baby on the way. When a group of terrorists starts shooting up key locations in Mumbai, converging on the hotel to basically execute everybody inside, it falls upon a desperate few who escape the initial assault to figure out a way of surviving the long night ahead.

Not wholly unlike Paul "Bourne" Greengrass' recent Netflix drama 22 July, Hotel Mumbai is an almost unbearably tense exploration of the events that unfolded on that fateful day, following a disparate group of individuals trapped in a veritable hell, systematically hunted and - if caught - brutally executed without hesitation, whether man, woman or child. It's both unpleasantly 'impressive' and sickeningly horrifying that such a small group of cowardly people could kill this many people with almost no one to stop them.

Superbly acted across the board, and well cast - the celebrity faces help sell some of the twists and turns and shocking horror of it all - with Patel in particular on great form, and Isaacs making the most of an initially unpleasant cameo, this is a very strong directorial debut indeed, promising the potential for some great work going forward. Maras somehow finely juggles real-life events with powerful dramatisation, using a bevvy of impossibly gripping setpieces, to maintain tension across the two hour runtime - which is no small feat. As stated, it's almost horror-movie levels of stalk-and-kill suspense, married up with a disaster-movie vibe when it comes down to the sheer desperation of trying to survive. For two hours you'll be utterly engrossed. Highly recommended.


Perhaps not quite demo, it's a very nice presentation

Watching Sky Original Content on NowTV is hardly the most impressive AV experience, leaving a fairly low bar for this 1080p Blu-ray to exceed. Perhaps not quite demo material (nor does the material particularly lend itself towards being such), it's a clean and generally very nice looking presentation, rich and filmic despite its digital source, nicely textured and well-observed, even if its not without some flaws around the edges - softness and some minor aberrant noise.

The colour scheme suits the mood and location, running hot and sweaty and also tonally matching that survival horror vibe with its sickly yellow edges. Black levels are strong, affording the palette a solid backbone, and rounding out a decent video presentation - perhaps even mostly very good - even if it's hardly reference.

We similarly get an upgrade for the audio, in the form of a strong lossless DTS-HD Master Audio 5.1 track which does a decent job with the material, punctuating with booming assault rifle shots - each one a shocking death knell for another innocent - and wielding a little LFE weight too, particularly in the more assault-driven sequences. Screams and whispers are both delivered with clarity throughout, keenly disseminated across the frontal array, where dialogue remains dominant even as the siege erupts. The score keeps you on edge, adding a level of further tension to the dramatic events, and overall its a strong effort for this intense movie.


A recommended release
Hotel Mumbai comes to UK Blu-ray courtesy of Universal, with likely the exact same disc as the US got last year, affording those without Sky (or who missed it at the cinema) the opportunity to check it out. For fans, it provides superior video and audio, in particular to NowTV, as well as a few short extras, leaving it a recommended release.