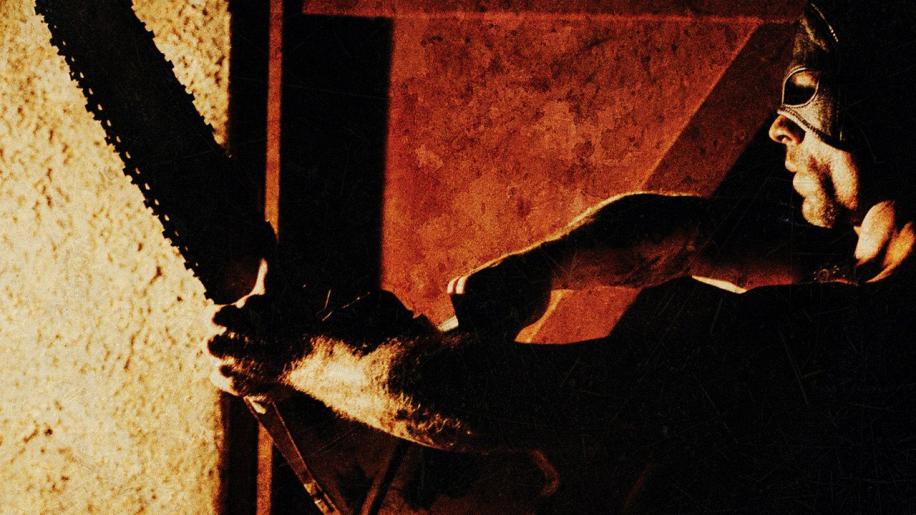 Horror movies come in many different flavours. You have your classic horror thrillers like Halloween, your modern horror thrillers like The Descent and your gore-fests like Braindead. There are plenty of other classes and subsections but generally the least palatable of all these creations are the latter, more gore-orientated offerings. Of course, if given a humorous edge, blood and guts can often be quite amusing - admittedly in a sick kind of way - but the funny side tends to deflate some of the more disturbing elements. Hostel is not in the least bit humorous.

Three twenty-something back-packers are bumming around Europe looking for women who can help them rack up the notches on their bedposts. Two of them (Paxton and Josh) are close friends who have both come from the States, teaming up with the third (Oli) en route. Everything seems to be going well until they arrive in Slovakia, here the hostel that they stay in appears to be something out of a Carlsberg advert - a dream come true. There they find that they are sharing a room with a couple of free-living Euro-beauties who appear to just want to go out drinking and dancing and then come back and have sex. What more could these guys want? It is not until members of the group start disappearing that they realise that something more sinister may be going on, but the reality is far more horrific than they could have imagined in their worst nightmares.

Most readers are probably aware of more specific details of the plot to this movie, but I am trying to avoid giving away anything to those who may have somehow avoided all of the press (and word of mouth) surrounding this release. You see, once you know more about the story, you pretty much know the whole story. In view of this, if you like your dark teen horrors gory and sadistic and don't mind too much about anything else (like plot or character development), you should check this movie out without reading further. You have been warned.

The plot sees the three hapless central characters inadvertently stumbling upon a secret organisation that kidnaps youths and allows rich businessmen to pay to torture and kill them in whatever grotesque manner they see fit. It is a story conceived from rumours that Director Eli Roth and Producer Quentin Tarantino heard about of such groups existing in real life and in that respect it is quite interesting and innovative (although The Most Dangerous Game and its John Woo action remake, Hard Target - probably one of the few decent Van Damme movies - explored a similar concept in the form of hunting humans for money). The trouble comes in the execution.

As many critics have already commented, the movie starts as if it were American Pie, Road Trip or - more likely - Euro Trip, with a bunch of capricious youths just trying to shag their way across Europe, leaving you wondering whether this is really a comedy in disguise. You don't feel very sympathetic to these carefree characters and, when the torture begins, you don't feel very sorry for them - at least not as sorry as you should. And there we come to the torture. The movie really does degenerate into a no-holds-barred shock-horror, where anything goes, from chainsaws to electric drills. Fingers are lopped off, bodies are punctured and sliced open and there is blood and gore everywhere - in fact, so much so, that by the last act you start to feel a little desensitised to it all. It seems perfectly normal for people to be wandering around with bits missing from them (and that does raise some discrepancies in terms of plot as well because often joe public appears to be oblivious to these half-mutilated people wandering around dripping blood).

At the end of it all you feel a little sick inside, having watched such horror and not really reached any kind of resolution. Sure, there is some kind of satisfaction in terms of a private vendetta, but the whole conspiracy of it all is never addressed. It is designed to be neat, but on a very small scale - taking the characters full circle but also highlighting the fact that they never really got anywhere at all.

As a final note, I would like to mention the other comment that many critics have made - about the allusions between an organisation which allows customers to pay to explore their most depraved sides by torturing and killing and prostitution - most notably the legalisation of prostitution in places like Amsterdam. I didn't personally see any such comparisons made and if they were there, hidden in the subtext, they were soon suffocated by all the blood and guts spewed onto the screen. Anyway, it's a tenuous link to make at best. All in all, this is a highly unpleasant watch, designed to satisfy viewers' basest, most primitive and most depraved instincts. I know that horror movies are not designed to leave you with a warm, fuzzy feeling inside, but I also prefer that they do not leave a bad taste behind. This one fails badly in that and many other respects. You have been warned.