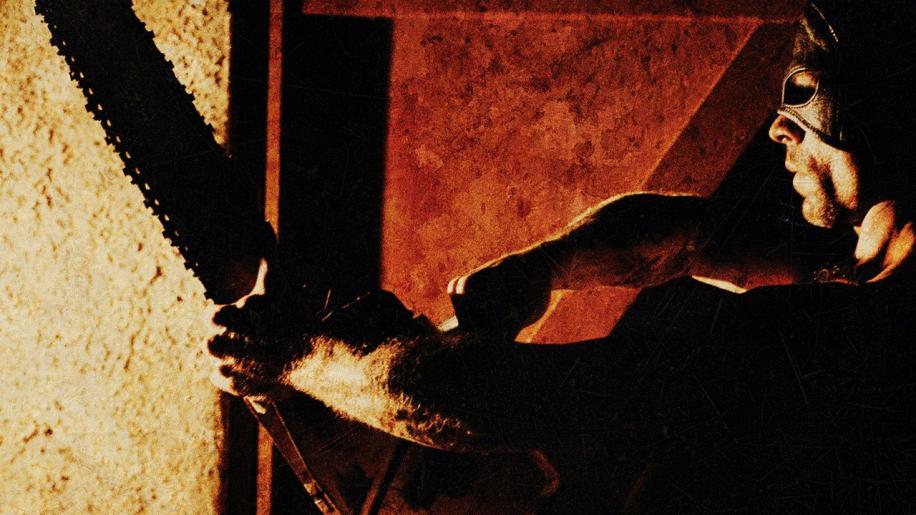 Hostel is presented with a fairly broad 2.35:1 aspect ratio anamorphically enhanced widescreen transfer. The detail is fairly good, with good clarity but sporadic softness, signs of edge enhancement and moderate grain. The movie was shot on a fairly low budget and rushed through production, so the slightly disappointing quality (nothing that will really detract from your viewing 'pleasure') is not wholly unexpected. The colour scheme is often restricted by the locations, although the nightclub moments and sequences like when they visit the spa offer up some richer, more luscious skin tones and brighter lighting. The dimly lit dungeon cells are necessarily grim and grimy, the only noteworthy thing being the solid blacks that allow for decent shadowing. Overall the transfer exhibits no signs of print damage or defects.

We get a reasonably solid Dolby Digital 5.1 effort to accompany this movie. The dialogue comes across crisply, clearly and coherently across the frontal array - from the laughing and joking around right up until the screaming (which is seems, admittedly, quite authentic). The effects are generally in terms of cutting noises, slices, whirring chainsaws and drills and the like - spliced in with the screams it can be quite disturbing when presented across the surrounds, even without the onscreen visuals. The score is initially populated with the kind of tracks you would expect from a frivolous road-trip-style teen effort, but soon degenerates into more sombre, serious instrumental notes, although it often goes to an extreme in this respect and ends up more annoying than enhancing.

There are no less than four Commentaries to accompany this movie. The first is the Director's Commentary with the enigmatic and very talkative Eli Roth. He spends a great deal of time justifying his artistic worth, talking about what he learned after Cabin Fever, how he came up with the ideas for Hostel and how he put the production together. He is quite a fast-talking, eccentric 'hip', new director who clearly thinks quite a lot of his own work, but unfortunately this leaves some of his comments and viewpoints coming across as distinctly contradictory to post-viewing audience reactions. Whatever high hopes he had for this movie and beliefs he has that he has succeeded in what he originally intended to do, the end result speaks volumes and none of it is particularly complimentary.

The second Commentary is a Director and Executive Producer's offering with Quentin Tarantino. I was hoping for something slightly more interesting with Tarantino on board - after all, it is no secret that he can talk the hind legs off a donkey - but the trouble is that it does get quite boring after a while. His trivial comments, anecdotes and random recollections swiftly go from vaguely interesting to just plain mundane and it does not take long for you to want him to pipe down and allow Roth a word or two. Hell, there are even two other participants on board for this one - the other exec producers, Boaz Yakin and Scott Spiegel - but they also barely get a word in with Tarantino rattling on. I was highly disappointed, especially since his Sin City offering was far more enjoyable.

The Director and Guests' Commentary is slightly more interesting but, to be honest, by now I was getting tired of hearing about this movie. It would be easier to digest just one decent commentary where the director was paired with one cast member and possibly Tarantino himself and they all condensed their comments down to the most interesting. Here he is accompanied by Actors Barbara Nedeljakova and Eythor Gudjonsson, as well as Editor George Fosley Jr. and Web Author Harry Knowles (of AintItCoolNews.com). I had hoped that Knowles would have offered a slightly less biased opinion on the movie but with the Director sitting besides him, it was unlikely that we would get such a view. Instead, we're just in store for more praise, plus a few more set anecdotes from the cast, who were really put through hell during the production.

Finally - phew! - there is a Director and Producer's Commentary with Producer Chris Briggs and Documentarian Gabriel Roth, which offers a far more technical, dry perspective. If you want to know how scenes were shot, the angles, the lighting, the effects and so forth, then this should be your first stop. After three other audio tracks, however, it is probably the last thing you want to sit through.

The “Hostel Dissected” Multi-Part Behind the Scenes Featurette runs at a total of twenty-six minutes in length, with plenty of behind the scenes footage, shots of the makeup, the effects sequences being done, the cast getting ready and so forth. It' vaguely split into set design, production diaries, casting, effects and some other sections, with lots of swearing and no end of outtakes. Much more interesting than the commentaries (and sometimes more interesting than the final cut itself), this is quite a good offering.

The “Kill the Car” Multi-Angle Interactive Feature allows us to see the scene where the kids go to work on the car with crowbars from three different angles, offering a slightly different perspective on the sequence.

We also get Preview Trailers for When A Stranger Calls, Silent Hill, Underworld: Evolution, The Cave, The Exorcism of Emily Rose, Boogeyman, Ring around the Rosie and The Fog.

Hostel is a sordid, gruesome affair, with people being debased throughout, mostly for the dubious pleasure of the viewers at home. It is not a pleasant watch and should be viewed with care. The transfer and audio accompaniment here is perfectly acceptable but far from exemplary and we do get a whole bevy of extras - not least four commentaries although I would have happily swapped them all for just one really comprehensive offering (rather than four vague, often trivial tracks) - so if you happen to have really enjoyed this movie then this is a decent edition to pick up.