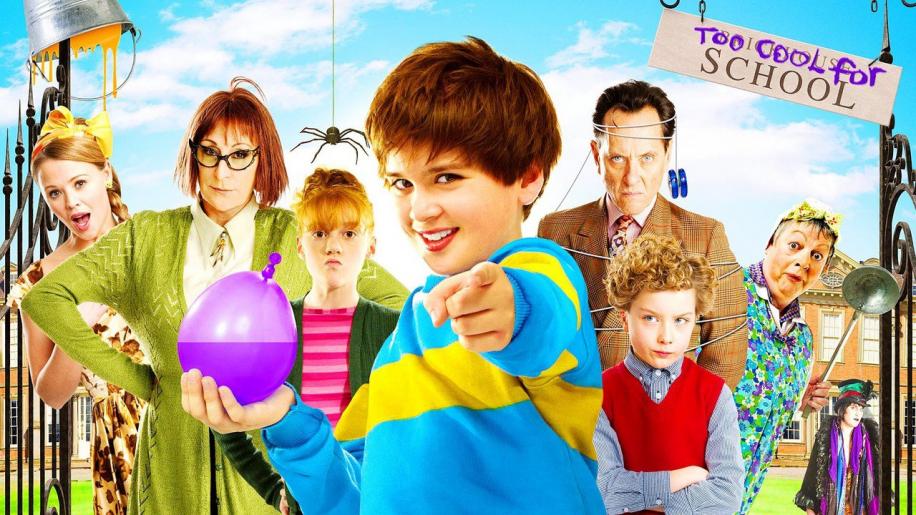 The horror, the horror...

When Dante wrote his Divine Comedy he envisaged nine circles to hell, with Judas Escariot at the bottom, frozen in ice, forever to contemplate the enormity of his sins. Interestingly Dante forgot to mention the tenth circle of hell, where you’ll find the makers of Horrid Henry, forced to watch their abominable creation on a loop for all eternity.

Yes it’s that bad and you have to feel sorry for children these days, especially as earlier generations had such classic kid’s films as Bugsy Malone or The Goonies to watch. Gone it would seem are the days when filmmakers would create intelligent films that didn’t patronise children. Instead all they get these days is an annoying ten year old brat who hates school work, tortures his younger brother and constantly bursts into terrible songs. The plot such that it is, centres on Henry’s attempts to team up with his arch rival, Moody Margret, and save his school from the clutches of primary villain Vic Van Wrinkle and that name’s about as subtle as the jokes get.

The titular Henry is played by Theo Stevenson, an annoying child actor with the kind of face that drives you mad and unless he gets out of such horrible films his career will go the way most other child actors and end up forgotten and on the scrap heap. What’s incredible is that this unbelievable rubbish somehow managed to attract a cast that includes Anjelica Huston, Richard E. Grant, Mathew Horne, Noel Fielding, Prunella Scales, Jo Brand and Rebecca Front. One can only assume they spent the time between takes firing their respective agents and are now all looking for new representation.

The only saving grace is that Horrid Henry was the first British film for children to be shot in native 3D because had the film been a 2D to 3D conversion, the only sane response would have been to shove knitting needles through your eyes. As it is the 3D photography is, incredibly and rather annoyingly, actually quite good and the only element of the film that can’t be classed as a crime against humanity. The film makers actually shot the film using 3D rigs comprised of twin Red One cameras and the resulting 3D photography has a well defined dimensionality to that suggests the presence of an experienced stereographer. The nature of the film lends itself to 3D, with brightly lit and colourful scenes that combat the dimming nature of the 3D glasses. Sadly the quality of the film itself is a reminder of the B movie ghetto that so many 3D films seem to find themselves in and a prime example of why 3D is failing as a mass market medium.

Horrid Henry is the kind of film that adults think children will enjoy but frankly if there are any kids laughing at it, they are almost certainly just being ironic. The children of the world really deserve something better than this detestable collection of fart jokes and bad behaviour. Thankfully there is a great children's 3D film about a boy whose first name begins with an 'H' but it's called Hugo and was made by a master filmmaker.