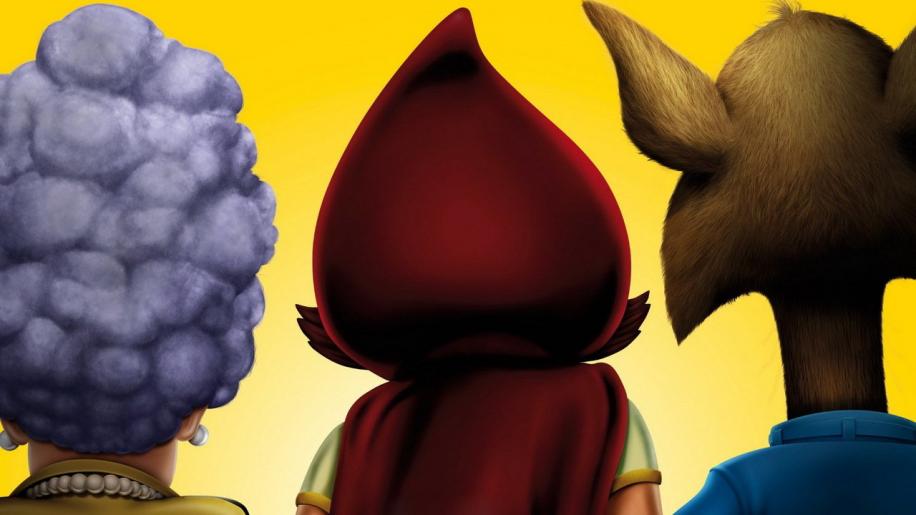 Hoodwinked Too: Hood vs Evil is, as the name might suggest, the sequel to 2005’s Hoodwinked!, a film that most barely remember but which somehow managed to pull in $110 million at the worldwide box office - hence the sequel. The original was an independently produced animated feature, whose basic premise was to give a modern spin on fairy tales. In this particular case, Hoodwinked! took the story of Little Red Riding Hood and presented it as a cross between Rashomon and The Usual Suspects. If that sounds weird but ultimately interesting it was, and the multiple versions of events within the story ultimately dovetailed to a satisfying conclusion. The sequel has clearly decided to use a similar conceit but this time with the intention of riffing off action films rather than police procedure but sadly to less successful effect.

In Hoodwinked Too: Hood vs Evil, we find that Red (Little Red Riding Hood) has gone away to train under the mysterious Sisters of the Hood, leaving Wolf (Big Bad Wolf), Granny (Red's thrill seeking grandmother) and Twitchy (a hyper active squirrel who has to avoid caffeine) working for the H.E.A.A. (Happily Ever After Agency). The trio try to rescue Hansel and Gretel from an evil witch but the plan goes wrong and Granny herself ends up kidnapped. Red returns from her training with the Sisters of the Hood to team up with Wolf and Twitchy and rescue her Granny. The resulting film is a series of action set pieces that feel more like the levels in a video game than an actual film and the last act plot twist is obvious from the beginning - even to a five year old.

The original Hoodwinked! was an independently produced feature that was made on a budget of just $15 million. As a result of these financial limitations, the computer animation was very basic and could never hope to compete with the likes of Pixar. The filmmakers thus made a deliberate decision to mimic the style of stop-motion animation, which gave Hoodwinked! a certain charm. The budget for Hoodwinked Too: Hood vs Evil was almost $30 million, more than the original film but still not enough to produce the kind of slick computer generated animation seen in many other features. Unfortunately rather than accepting the limitations of their budget, and perhaps due to the action film premise, the filmmakers tried to make the computer animation look more like a bigger budget feature. As a result of this decision, the animation lost a lot of its charm and instead ended up looking rather cheap.

Hoodwinked Too: Hood vs Evil had a fairly troubled production history and was originally planned to be released soon after it was completed in late 2009. Unfortunately the Weinstein Company, who were the distributors, delayed the release until at least February 2010 so that they could fine tune the animation and concentrate on the promotion of the film Youth in Revolt. There was already a marketing deal in place with Burger King, who began releasing toys for the film in January 2010, despite the fact that no new release date had been set. In March 2010 the production company, Kanbar Entertainment, began suing the Weinstein Company for delaying the film’s release, failing to make contributions to the film’s production account after February 2009 and not consulting Kanbar about the release strategy for the film. Whilst the film’s release date was being delayed, the 3D boom had really taken off and the producers then decided to convert the completed film into 3D, despite it never being conceived as such. This delayed Hoodwinked Too: Hood vs Evil still further, resulting in a theatrical poster and trailer in February 2011 and an eventual release date in the United States of the 29th of April 2011. The film was ultimately far less successful than Hoodwinked! and after all the worldwide box office was taken into account, it only made $17 million, not even recouping its budget.

The reason for the film’s failure lies in the fact that it appears to have no real audience, with the plot being too childish for adults but many of the jokes being too adult for children. Whilst the original film had a refreshing level of wit and charm, the second installment was a collection of inept action scenes, pop culture references and inappropriate jokes, with the whole film often coming across as quite desperate. It is the jokes that really confuse because whilst children might get some of the Bond references, one hopes that they haven’t seen many of the other films that are referenced in this inane screenplay. Within the first 10 minutes alone there are references to films such as Scarface, Starship Troopers, Kill Bill: Vol.1 and The Silence of the Lambs, none of which - you would hope - small children have seen. In a desperate attempt to hit as many targets as possibly, Hoodwinked Too: Hood vs Evil manages the incredible feat of missing them all!

The one area where Hoodwinked Too: Hood vs Evil does deliver, is in terms of the impressive voice cast. The character of Red was originally voiced by Anne Hathaway but she declined to return for the sequel, perhaps because she was busy doing the voice of Jewel in Rio but more likely because she’s a clever girl and could tell a poor script when she saw one. In her place is everyone’s favourite world saving cheerleader - Hayden Panettiere and whilst she tries hard, she’s not the actress that Anne Hathaway is. Thankfully the rest of the original voice cast do return and so we have Glenn Close providing the voice of Granny and the always reliable Patrick Warburton voicing the insecure Wolf. The only problem with Warburton is that his voice is so distinctive that whenever the Wolf speaks, you can’t help but think of Joe Swanson from Family Guy. Rounding out the cast are Cheech and Chong, Martin Short, Joan Cusack and best of all, SNL’s Bill Hader and Amy Poehler as Hansel and Gretel.

The decision to convert Hoodwinked Too: Hood vs Evil into 3D after the animation had been completed, was clearly a rather cynical attempt to cash in on the current 3D boom, as the film was certainly never conceived for three dimensions. Usually, computer generated animation is rendered with a second stereoscopic point of view created at the time of the original animation but the delay in the film's release date, allowed for the conversion to be done. The 2D to 3D stereoscopic conversion was overseen by Stereo Pictures Dynamic 3D in South Korea, with additional conversion done by MG Studios and Cubist Studios in the US. As with The Lion King and The Nightmare Before Christmas, the 3D conversion is actually quite good, no doubt because of the relatively simplistic animation and the amount of time available to the conversion process. Whilst Hoodwinked Too: Hood vs Evil lacks the truly immersive 3D experience offered by films such as Cars 2, it does show that, with animation at least, a post-production 2D to 3D conversion can work.