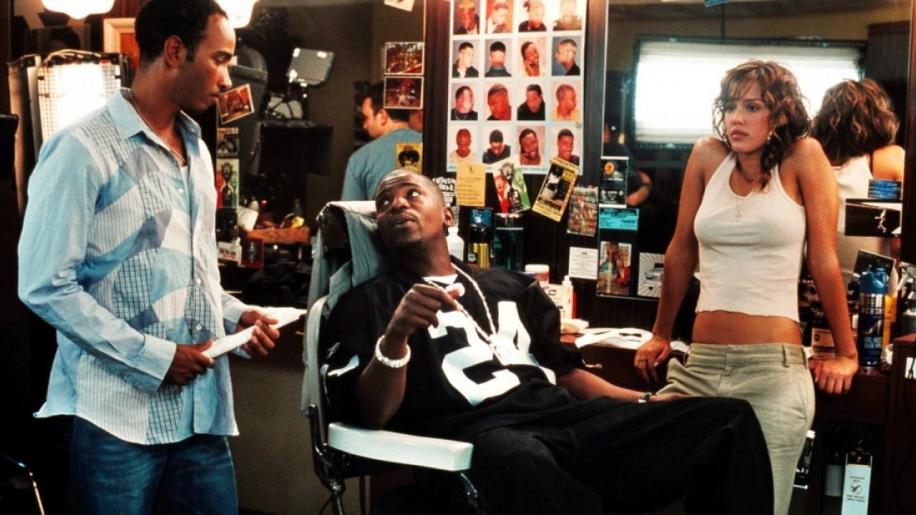 Universal have put plenty of effort into the picture quality which is outstanding. A total lack of any visible print damage or digital artefacts combine with superb clarity and contrast range to produce an encoding that is a joy to behold. The busy high-energy dance scenes, often in darkened nightclubs, provide a stern test for the image but it is never found wanting. Primary colours are bold and lively, and skin tones are subtle but razor sharp. An excellent modern print. Now if your going to make a movie about the hip-hop scene you had better make darn sure you have an outstanding soundtrack and to this end Honey cannot be faulted. Dialogue has a clarity and warmth that avoids the stridency I often hear in dialogue tracks that are poorly mixed. This is particularly important as the dance tracks have buckets full of bass power that rocks around the room as the camera pans around the dancers or the nightclub. This is another thumbs up for the DTS version as it undoubtedly has more authority and introduces a three dimensionality I have become accustomed to in a well-encoded DTS soundtrack. A well rounded, energetic score thankfully diverts attention from the story. Honey provides a series of extras that were of considerably more interest that the movie itself. Indeed when you listen to the enthusiasm of Jessica Alba and Billie Woodruff on the feature chat track you almost begin to share their belief that the movie is just about the best dramatic film since Lawrence of Arabia. They clearly had a passion that drove the production. “Behind the Groove” is a short featurette covering such things as costume design and choreography, while Laurie Ann Gibson the movie's choreographer and erstwhile inspiration for the character of Honey presents “Dance Like Honey”. In this 10-minute clip she takes us step by step through the movie's signature dance piece and invites us to attempt to learn the steps ourselves. A public information warning here, if you are male, white and over forty DO NOT attempt these dance moves, as they may be hazardous to your health. The extras are rounded out with a generous 30 minutes of deleted scenes and 5 minutes of outtakes and bloopers involving pizzas and a particularly vicious slap. A couple of exclusive music videos complete a well rounded and interesting extras package. The film is Flashdance for the noughties with a shallow script but exuberant dance and music. A superb encoding, DTS track and worthy extras do not make up for the film's shortcomings