Pushing 70 and over a dozen films into his late-stage action career, and Neeson really needs to do a project called "Unstoppable" 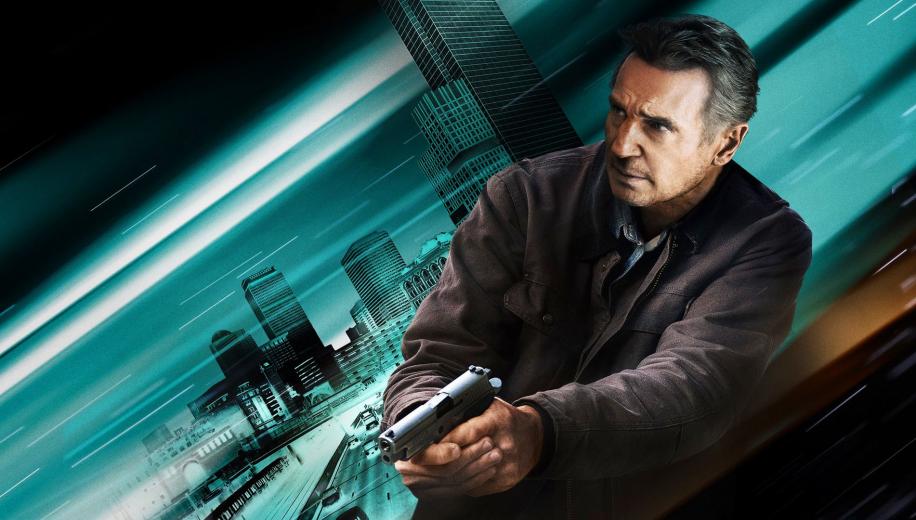 Given a brief theatrical - and even IMAX - release back last autumn, Honest Thief makes its home debut as an Amazon Original, and is another harmlessly entertaining Neeson action thriller.

It is hard to tell whether Neeson's late-stage action career is something to be celebrated or commiserated. On the one hand, the man can act, and yet these films do not ever even vaguely challenge him to do so. On the other, it's a hell of a resurgence, with his post-50s work achieving easily the best Box Office success he's ever enjoyed - and there's no denying that a quality actor can still bring a little charm to even the most generic of action movies. It's perhaps ironic to think that all those classic action icons from the 80s who have dropped into oblivion, selling their souls to make terrible straight-to-hell movies (most notably Bruce Willis - Anti-Life, Cosmic Sin - but Seagal, Snipes and even Van Damme have struggled to do much better) are actually the same age as, if not younger than, Neeson, who is still going strong, churning out perfectly watchable action thrillers which don't just get a theatrical release but, somewhat improbably, an IMAX theatrical release.

Really, what more could you possibly expect from the now-stock-image poster of a steely Neeson wielding a gun with both hands?

Ageing, retired master bank robber Tom Dolan has done the improbable - he's fallen in love - wanting to finally settle down and have a normal life, but burdened by his chequered past. Deciding to try to somehow make amends, he elects to approach the FBI to make a deal to return ALL of the money that he has ever stolen in exchange for a reduced sentence and visitation rights, hoping he can make a fresh start. But, faced with the sight of several million dollars in unclaimed stolen funds, a couple of corrupt agents decide to change the narrative, underestimating just how far Tom will go to protect his new life, and the lives of those now close to him.

Honest Thief ﻿was released in UK cinemas (including IMAX!) last autumn, but hasn't actually enjoyed any kind of home release since, being picked up over 6 months later and distributed as an Amazon Original. It gets decent treatment too, as whilst the UK hasn't had a Blu-ray release like other territories (the US), there's no 4K release either - anywhere - so getting this in 4K on Amazon Prime is a bonus. Hardly a premium production - it has a comparatively tiny budget - the limited scale to the piece doesn't really warrant any showy effects or locations, and it certainly looks like a nice new feature, with strong digital filming revealing impressive detail and texture.

The premise here is probably one that could have made for an impressive ageing actor vehicle - think Hackman / Heist, or Newman / Where the Money Is - but is rushed through here to establish what is clearly merely meant to be nothing more than a thoroughly formulaic (if fun) action thriller romp for Neeson. Indeed, rather than concern yourself with the barely-committed-to setup, lip-service romance, and improbable developments ("Here, take the keys to my money, I trust you."), instead rely on the fact that it is just enough to propel Neeson in to Action Mode(TM), which is what you have come to see. Jai Courtney may be a charisma vacuum in important roles like Kyle Reese (Terminator: Genisys) or John McClane's son (A Good Day to Die Hard), but he's actually pretty great as a tough antagonist (Jack Reacher), and pretty effective here despite being largely more effective when he doesn't speak. Jeffrey Donovan (Let Him Go) and Robert Patrick (Terminator 2) round out the cast, and Kate Walsh (who was on delicious form in The Umbrella Academy) does her best to give her thankless part some spunk, with the best non-action moments often coming when the cast inject a little whimsy into the otherwise generic romp, leaving conversations about divorce dogs and ridiculous monikers the highlight of the script.

Really, what more could you possibly expect from the now-stock-image poster of a steely Neeson wielding a gun with both hands (to the point where you could easily swap out the head for Seagal, for example). Honest Thief hardly feels like the kind of sophomore directorial effort that you'd expect from the guy behind Ozark (Mark Williams), but that shouldn't really perturb you, it's right in Neeson's current wheelhouse, and one can only presume - maybe even hope - his early 2021 flick The Marksman will land as an Amazon Original too shortly. And why not.