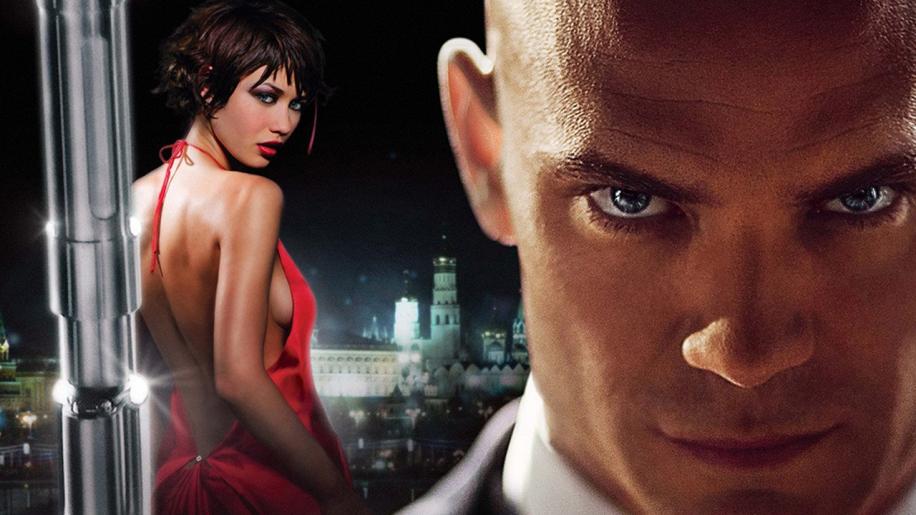 Black suit, dark red tie, silenced pistols, the bald-and-barcode-tattooed-skulled Agent 47 is arguably one of the most famous fictional hitmen of the last decade. The central character in numerous video games - even on the next-generation consoles - his exploits have entertained gamers for all that time, always drawing you into a world of disguises, sedatives, sniper rifles, corruption, back-stabbing, infiltration and assassination. The missions undertaken could be completed in numerous different ways, whether you adopt a subtle nobody-ever-knew-you-were-there Mission Impossible-style approach, or employ more brutal shoot-your-way-in tactics. With the popularity of the games, a cinematic interpretation was inevitable. But since videogame adaptations have an awful reputation (Resident Evil being one of the few survivors of the transition), fans and critics were understandably sceptical when the production was eventually green-lit. So is it an exception to the rule, or just another botched attempt to cash-in on an established name?

Apparently there's a secret organisation out there, set up for the training and deployment of world-class assassins, who traverse the globe picking off political and criminal targets. The best of these is a certain Agent 47, who has just returned from his latest mission to find a new assignment of the utmost urgency. Told by his 'Agency' to up the time-frame and make the kill more public, he is understandably sceptical about their intentions, but proceeds to take the hit, using his famous sniper rifle to take a head-shot from several kilometres away. When his target later appears alive - apparently just wounded - on the news, the top assassin finds himself on the run from the both the authorities and his own Agency, who seem to have betrayed him. If matters weren't complicated enough, the Agent manages to pick up a young woman along the way, who is also marked for assassination by his bosses. Now he has to choose between doing what he was trained to do - from childhood - or finding the truth, even if it may cost him his life.

For those who know nothing about the game, or the character, Hitman is a fairly fun Hollywood adaptation. It doesn't quite reach the level of Resident Evil in terms of tie-ins (and the Resident Evil movies were far from perfect themselves) but it really is never less than enjoyable. You might spend your time scratching your head and wondering how a world class assassin has gone unnoticed for so long when his trademark features - a bald head with a barcode tattooed on the back of his skull - and his standard attire - a black suit and red tie - are on display wherever he goes, but it really doesn't matter. He looks cool and he's the best at killing people, what do we care if he's so easily recognisable? The plot is suitably convoluted, and whilst occasionally you might sit there are ask yourself 'do I care?', the second you do, something blows up, or someone gets shot and draws your attention back to the more important aspect of the movie - the action.

Fans of the franchise will probably balk at what the Studios have done with their beloved character - and rightly so, but what did you expect? You knew they had to give him a heart, make him more than just an automated killing machine, who coldly, clinically carves his way through his targets without even blinking. Thankfully he still kills aplenty - whether it be the oddly-dressed full-body-armour-robocop-style tactical teams sent to get him, or his fellow trained Agents - and some of the deaths are pretty cold, pretty brutal. The only thing they could have done without is the love interest - which was crowbarred-in (albeit perhaps more subtly than in some movies with similarly unnecessary romantic aspects) and just does not gel, but again, what did you expect from Hollywood? At least it will probably please many fans out there to know she spends much of her time ludicrously underdressed.

Vin Diesel was the original choice for the bald-headed Agent 47, a fairly obvious choice at that, but I think Timothy Oyphant probably suits the role better. Sure it doesn't take much acting talent on his part (remember, this is the guy who shined opposite a superb Ian McShane in Deadwood and stole the show with his menacingly mischievous cameo in The Girl Next Door) but he looks more suited to playing this consummate professional than he did playing the lead villain in Die Hard 4, and has much less of a cocky ego than Diesel. He still gets a couple of witty lines which seem strange when uttered by Agent 47, but remind you of the actor's oft-displayed wry sense of humour, and he does the best with the extremely limited material.

As the love interest we get the upcoming Bond girl, Olga Kurylenko, who is undeniably stunning but again, can only do so much with the one-dimensional part. Wander around in a skimpy dress, get naked, put on another skimpy dress, take off dress, wander around naked, repeat. Ah well, I can't imagine many people complaining. Dougray Scott, of Tomb Raider and Mission Impossible 2 fame, also gets quite a lot of screen-time, playing the cop who has pursued the notorious Agent 47 across the globe. He's looking a bit haggard, and has arguably the most clichéd of the roles, but at least his accent isn't as jarring as that of his unintentionally hilarious cockney partner. The rest of the cast are largely forgettable - even the two actors who play prominent Russian villains (but who are blatantly not in the least bit Russian) - but that's ok because the movie is, after all, about Hitman himself.

Directed by relative novice Xavier Gens (who sounds like he is possibly also a part-time X-men character) and penned by Skip Woods (good ol' Skip gave us the stylish but stupid Swordfish and is the mastermind behind the upcoming GI Joe movie - oh dear), it's amazing the end result is quite so entertaining. It clearly could have been abysmal, and it isn't, by any standards. Sure, it helps to go in with low expectations - that way you definitely won't be disappointed - but how many people are really going to expect a masterpiece to be on offer here? This isn't just mindless fun, it's stylish mindless fun, and few will complain about watching a movie like that once in a while.