This is exactly the sort of thing that gets wheeled out as Oscar bait every now and then. Some super famous Hollywood A-listers slumming it, pretending to be ‘normal folk’, crying and snotting and screaming all over the place. 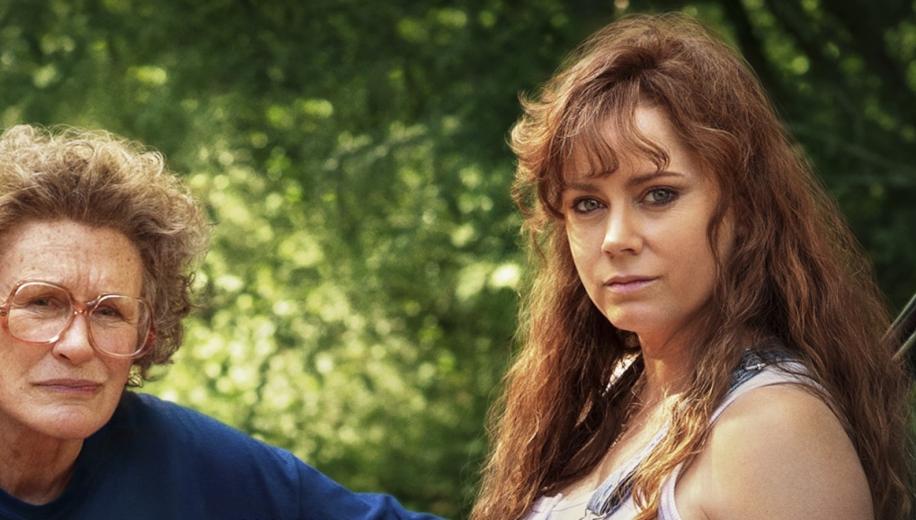 Based on a controversial best-seller by J.D. Vance, Ron Howard’s Hillbilly Elegy is ostensibly a true story, though the film goes out of its way to make it seem like pure cinematic fiction.

When Vance’s memoir of the same name first came out back in 2016, it quickly divided opinion. There were some who saw it as an explainer of how Trumpism gained popularity, an insight into the working class communities of America’s Rust Belt. There were others who saw it as a biased and skewed condemnation of Appalachian society that ignored systemic issues and blamed inequality on the poor.

Either way, it was a much talked about and dissected book, full of talking points and conversation starters. The film’s screenplay (by Howard and Vanessa Taylor) takes away as much controversy as possible, instead replacing it with monologues and posturing speeches that seem tailor-made for Oscar reels. What remains is an award-friendly story about personal triumph in the face of adversity, and hard work winning the day. It’s a good looking film by excellent filmmakers who know what they’re doing, and it’s stocked with a great cast who are known for being wonderful actors. And yet…

The performances really are doing it all. One minute there’s a heartfelt, emotively resonant scene that is almost affecting. The next, everyone’s hooting and hollering like they’re in a cartoon. Talk about range

The film cuts out basically all of the socio-political analysis or context from the book, and reduces the story to its Hollywood essence. Young J.D. (Owen Asztalos) lives with his mother Beverly (Amy Adams) in Ohio, though his family is originally from Kentucky. Beverly struggles with addiction, and oscillates between being a loving and attentive mother, neglecting J.D. entirely, and lashing out in fits of rage and bitterness.

We’re shown how J.D. gets along in life thanks to his resilience and his grandmother Mamaw (Glenn Close), the charismatic, larger than life matriarch of the clan. Long story short, J.D. makes it out of hillbilly country and goes to Yale and eventually becomes a venture capitalist (who in real life is often a Fox News talking head these days).

In the film, shortly after J.D. arrives at Yale, he attends a fancy dinner. He has to call his girlfriend Usha (Freida Pinto) because he’s so confused about all the different forks in his place setting. We’re supposed to get that he’s out of place, and feels belittled. Just in case we missed that, there’s a horrible moment where J.D. proudly announces his heritage and where he’s from, and is met with a wall of judgemental silences from his fellow students. (It’s worth noting here that this scene in the non-fiction memoir plays out very differently; Vance noted that his background was treated with interest by his peers, rather than disgust. But that doesn’t serve the film’s coming-of-age purpose.)

The dinner scene is a really awful moment that’s intended to demonstrate the hardships Vance faced on his Ivy League journey, but it actually serves as a microcosm of this film as a whole. As much as it purports to be above snobbery and judgement, it actually goes out of its way to caricature the Appalachian community J.D. comes from.

The performances really are doing it all. One minute there’s a heartfelt, emotively resonant scene that is almost affecting. The next, everyone’s hooting and hollering like they’re in a cartoon. Talk about range.

This is exactly the sort of thing that gets wheeled out as Oscar bait every now and then. Some super famous Hollywood A-listers slumming it, pretending to be ‘normal folk’, crying and snotting and screaming all over the place. J.D. is played as an adult by Gabriel Basso, and is a mostly neutral, calm and inoffensive character who things just happen to. As such, the rest of the film wildly over-adjusts, whether it’s the big emotive direction choices or the alarmingly energetic performances of Adams and Close.

It’s a widely held truth that Amy Adams is one of the finest actresses of her generation and has been robbed time and again at the Academy Awards. It seems almost written in the stars that she’ll be rewarded finally for this overwrought, screaming, incredibly loud performance that’s basically been crafted for a gold statuette. Beverly’s behaviour is shocking, and abusive – she screams, she throws things, she threatens to kill herself and her son – but almost all her dialogue is bellowed skywards, and it’s all so one-note (hysterical) that it’s hard to discern any real character.

Then there’s Close’s Mamaw, who spends most of the film making odd pop-culture references or yelling presumably sweet tough love messages towards whoever will listen. She’s little more than a caricature really, with big glasses, big hair and an even bigger mouth. Mamaw and Beverly are in a sort of civil war, with both being alternately cruel and unfortunate, beleaguered and outraged. Haley Bennett is compelling as J.D.’s exhausted sister Lindsay, but she like everyone else is no more than 1.5-dimensional.

Howard is known for his emotional, heartfelt and sombre films that hit the mark, but for the most part, this one doesn’t. That could be because in others – like the excellent Rush and the blockbuster Apollo 13 – there was a lot at stake, a once-in-a-lifetime plot point that made everyday relationships and tales of hardship compelling. The very nature of Vance’s story is that it’s a common one; he was just an ordinary man who came from a poor background and who – through sheer force of will and hard work – made it out.

It’s a good looking film by excellent filmmakers who know what they’re doing, and it’s stocked with a great cast who are known for being wonderful actors. And yet…

The film, buoyed at sometimes inappropriate points by a big sweeping score, and punctuated with gloomy, verbose speeches (Mamaw gives one about Terminator at one point that’s supposed to be poignant but just comes off as corny), falls flat. It’s at once difficult to watch thanks to the stereotypes and screeching, and hard to love thanks to the boring narrative and less-than-catchy dialogue.

The film is clearly intentioned as a heartwarming, all’s well that end’s well movie – complete with home movie clips over the rolling credits. But it’s just not a compelling film; it struggles to decide what it wants to be – is it an adaptation of Vance’s memoir, or is it a fictional movie about the working class hillbilly culture? It takes parts of the memoir and then Hollywoodises them (i.e. the dinner scene), but still finds itself devoid of stakes.

Despite the frequent jarring punctuation mark of a hollered expletive-filled rant, or a scene of horrifying and affecting domestic violence, Hillbilly Elegy is largely lifeless. Its moments of heart feel contrived, and it’s a muddle as to whether the film is paying homage to the community Vance described, or sending them up.

Viewers who want to be emotionally battered, and those who will find all the problems in the world melting away with a slightly happy ending, will probably not hate the film. Howard is a talented narrative manipulator, and while the film has stripped any potency out of Vance’s book, it does manage to shape some kind of coming-of-age/out of adversity storyline that could be described as uplifting (if you squint a bit and don’t think too hard).

Depending on your point of view, this is could be a boring/offensive/ridiculous/irritating/okay film. Lots of the pieces are there – stellar cast, big-name director, acclaimed screenwriter – but none of them fit quite right.