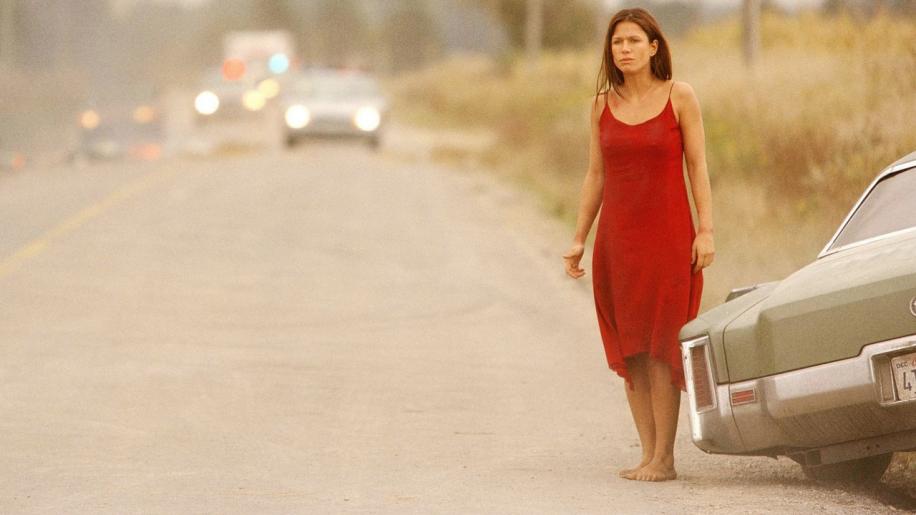 Jim Cazievel is Rennie Cray, a man on a mission to hunt down the hit-and-run killer of his wife. Once a successful doctor with a happy life and plans to bring up a family, Cray is now an obsessed man hunter drifting the highways of America in his stripped-out and souped-up '68 Plymouth Baraccuda. His prey? The man responsible for his wife's death - James Fargo (Colm Feore), a wheelchair-bound psychopath terrorising the highways and byways in his heavily adapted murder weapon - a '72 el Dorado. The stunning Rhona Mitra plays Molly, the first woman to have escaped the bonnet of Fargo's el Dorado. Not one to leave a job undone Fargo will go to great lengths to finish the job off, and Cray is only too aware of this fact using Molly to get his final showdown with the psycho.

The moment Cazievel comes into view the movie looks set to be a slick edge-of-your-seat thriller set in middle of nowhere America. And the movie certainly has all the potential to be exactly that. However, it is sadly let down by b-movie performances from supporting cast members and at points an appalling script. Traffic Investigator cop (Frankie Faison) is a totally unbelievable character who falls into the classic pitfall of never actually calling for back up, and Cray - rather than hand over his wealth of knowledge and evidence to the police who could then simply setup a road-block and catch the guy in five minutes flat - decides to spend five years following the man on his “instincts”, and as if by magic always seems to find him!! Other parts of the storyline follow much the same pattern, the potential is all there for character exploration and a few manic plot twists but the opportunities are overlooked favouring illogical situations and dramatic engine revving.

It's got just enough action in it to keep you halfway interested enough to make it to the end of this (thankfully short) movie, and Rhona Mitra makes for good eye candy when the childishness of it all begins to bog down! However it's not a recommended watch in my books, and can remain in the bargain basement bin where it will no doubt have already been demoted to in most stores.